*Just a note, there are NO spoilers for the ending of Squid Game in this article, although it is advised to have seen a few episodes to get the references*

Many find themselves enthralled by Netflix's Korean thrilling drama Squid Game over the past few weeks.

The Hwang Dong-hyuk creation was on the cards since 2008, and it has delivered a unique product of mixing in elements of children's games and horror survival.

Have we ever seen anything of the like? For western TV goers it provides for fresh viewing, as Japanese creations like Battle Royale and Alice in Borderland have drawn comparisons.

That is, unless you've grown up in Ireland. There's an episode of a fairly treasured television series that we're not believing isn't Dong-hyuk's true inspiration. 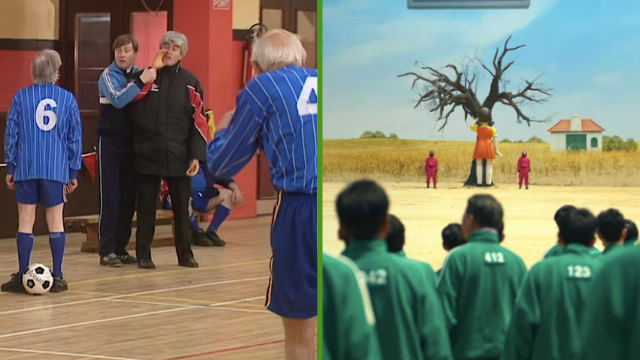 Back in April of 1998, we were treated to one of the greatest episodes in comedic television history. Escape From Victory.

The episode is entangled in a rivalry between Craggy Island and Rugged Island. The two islands settle the score in the infamous "All-Priests five-a-side Over-75s Indoor Challenge Football Match."

Ted is in a panic over the match itself and having to endure an unbearable forfeit for losing the game; kicking Bishop Brennan up the arse.

You're probably wondering, where on heaven's earth is there a Squid Game comparison? The premise of the show is pitting two teams together, in a way.

It's the debt ridden contestants vs the heavily robotic guards in pink jumpsuits. It's survival vs safety. You could say a theme throughout is people versus the establishment.

After every Squid Game episode the competitors must endure the ultimate forfeit; death. For Ted, striking his clerical superior isn't far off this. 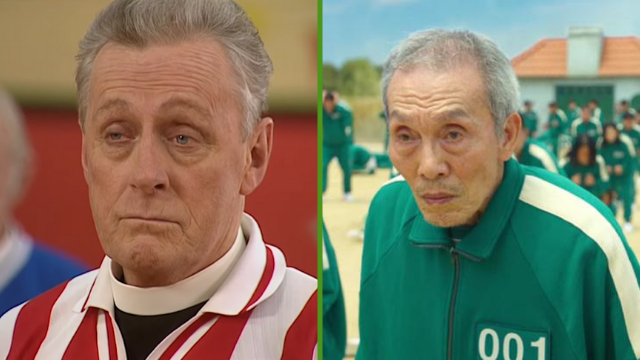 While 'death' is a theme throughout Squid Game, it unfortunately became a theme for Ted and co too. The unfortunate passing of Father Nick is a big loss at the start.

There's shots of Father Nick in an overly lavish coffin, which wouldn't be out of place in comparison to the bow-tied caskets seen in the Korean show.

Speaking of elders, one of the most intriguing storylines throughout Squid Game is the carry on of elderly "Il-Nam" who seems a lot older than anyone else.

The way he carries himself and embraces the first game in particular, he'd be a big scoop for either of Craggy or Ruggy Island's matchday squads.

Some of the closeups of Il-Nam seen in Squid Game remind us of those shot in the Over 75's match, with the directing another talking point. 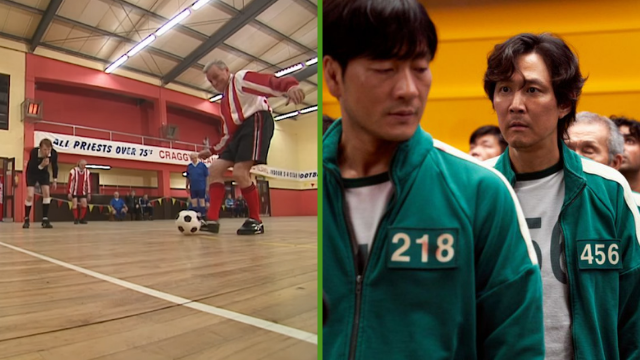 There's no doubt Dong-hyuk looked to the directing of Father Ted's Andy De Emmony in how to deliver shots of pure suspense and anticipation.

The way the ball rolls so slowly, not knowing where it might end up, and the pure incompetence of the islander priests throughout.

A similar level of incompetence as seen in 'red light, green light' in Squid Game as the contestants come to terms with the repercussions.

The Squid Game competitors must not make a mistake at all costs, and that's something Ted has instilled in his five-a-side team.

The level of seriousness in the Father Ted episode, while for comedic effect, almost feels as if the priests lives are on the line.

Five-a-side, or simply having a kick about, is popular child's play after all. So while Koreans were brought up on their own childhood games, we too had our versions.

And the way they portray Father Jack too as the menacing outlier. Is it much different from the tattooed Jang Deok-su? Using every advantage. 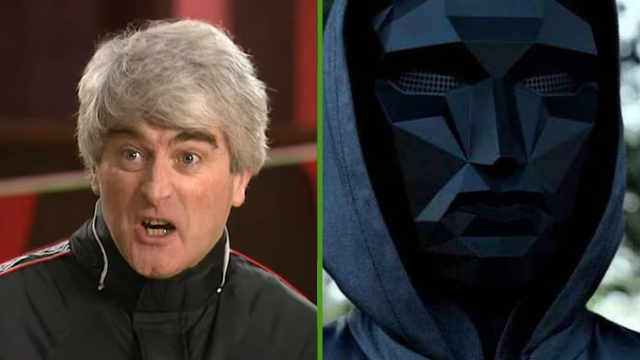 Ted Crilly could draw comparisons to the man in the black mask, who's known to orchestrate all the competitive events in Squid Game.

While it looks like Craggy Island have escaped victory, Ted is found for manipulation and using fake hands as he was controlling Father Jack's wheelchair.

He's willing to see the game played at all costs, even with some dirty tactics thrown in, as the man in the black mask has the power to do.

The 'Front Man' controls things from his office. He acts as a manager, an overseer, a general enforcer to make sure things get done.

At the end, Ted is handed a corresponding letter informing him of his forfeit and to carry out the sacrilegious kicking of Bishop Brennan's arse.

While we'd love to be able to spoil the Squid Game ending here and say the winner got to kick a religious figure in the behind, sadly that's not the case.

But it does make you think. Maybe a bit too much. 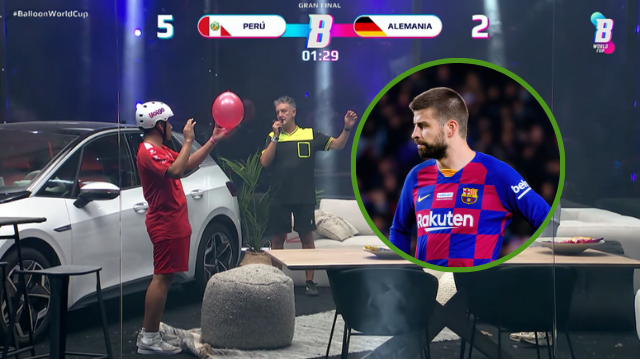