If there is a more iconic combination, we have yet to find it.

The Eurovision has provided us with some mad moments down through the years. Be it Lordi's monster costumes, six Russian grannies cooking in a massive oven, or Dustin the Turkey being wheeled around in a box, you can always count on some sort of memorable moment from the annual song competition.

Before last night, you probably hadn't thought about Flo Rida in a while. We're almost certain that you didn't expect to see him rocking up in Rotterdam to represent the mountainous microstate with a population of just over 30,000.

Welcome to the Eurovision.

Of course, those who follow that sort of thing had known that the rapper was set to feature in their entry for a couple of months now. However, there had been some doubts that he would be able to attend the competition in The Netherlands due to travel restrictions.

He did manage to make it though to provide his cameo in Senhit’s 'Adrenalina'. We're not going to lie, it was a bit of a banger.

As had been expected, San Marino would be one of the ten countries that performed last night to book their place in this Saturday's grand final. They are currently amongst the favourites to finish in the top ten.

Flo Rida waving the San Marino flag in the green room is at the top of the list of things I never thought I’d see #Eurovision pic.twitter.com/Z79eviRKuV

all of europe when flo rida appeared on stage for san marino #eurovision pic.twitter.com/HgZEWrdj1E

FLO RIDA (yes, from can you blow my whistle baby and apple bottom jeans and boots with the fur) is representing San Marino. The simulation has broken. #Eurovision #OpenUp #SMR pic.twitter.com/nJs1REhU35

So, how do you get an artist with numerous grammy nominations and number one hits to represent you in the Eurovision? It turns out that all you have to do is ask.

He told Radio 1 Newsbeat earlier this year that he had never even heard of the competition before representatives from the San Marino entry got in touch with him.

We are hearing rumours that Ireland have already been in touch with Pitbull about next year's event.

SEE ALSO: 7 Times Colm Meaney Was The Biggest Bad-Ass On The Planet 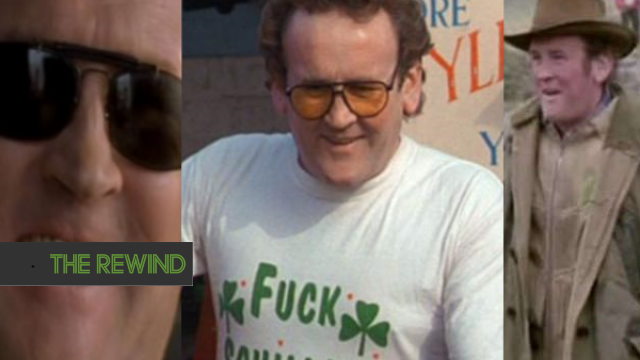 The Rewind
4 days ago
By Gary Connaughton
Quiz: From Which Irish County Did This Company/Product Originate?
Previous Next