On summer nights, during normal times, the area around Powerscourt steps, Grogans and Pygmalion is one of the enjoyable places to gather and socialise in the Dublin city centre. Last night, it was the site of confrontantion between guards and young people.

For the second weekend in a row, there were large gatherings of young people around the city centre. Videos has emerged of charges around the steps of Powerscourt in an effort to clear crowds.

Footage of the Garda baton charge at Powerscourt Steps this evening. pic.twitter.com/tAvscdfMDO

According to a gardaí statement, nine adults and five juveniles were arrested last night. A Guard is also currently in hospital after being injured in the skirmishes. A Garda spokesperson also said glass bottles and other missiles were thrown at police.

Garda statement on yesterday’s policing operation in Dublin’s city centre.
14 people arrested for public order offences including 5 juveniles.
One garda also hospitalised with leg injuries and a patrol vehicle damaged after missiles and glass bottles were thrown at gardai pic.twitter.com/VbPvTnbkd0

The statement also says that the vast majority of people in the city centre last night were behaving responsibly.

It's been a highly contentious summer in the capital as young people have been denied access to popular public gathering sites like the Stephen's Green Bandstand and Portabello. 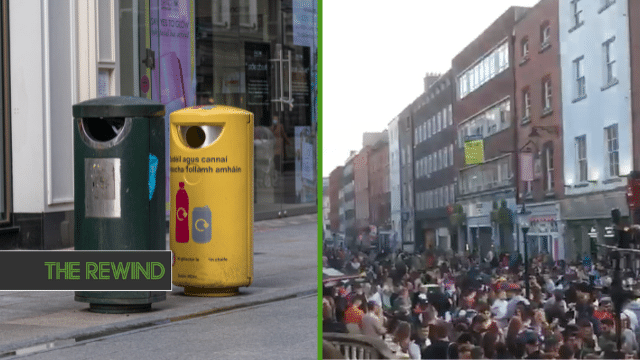