Dublin lost another portion of its soul in the last 24 hours as the people behind Gerry's Cafe on Montague Street confirmed that one of Ireland's leading breakfast venues will be turning off the frying pans for good.

Located a stone's throw from Camden Street, Gerry's has been feeding the great and the good of Dublin society generous portions of eggs and rashers for nearly 40 years. It is accepted by the majority of right-thinking breakfast lovers in the capital that Gerry's serves Dublin's best Full Irish. It was also one of the only venues in Dublin 2 where you could order bacon and cabbage. What its neighbour Copper Face Jacks is to Dublin nightlife, Gerry's is to breakfast and lunch culture in the city centre. In an era of pervasive avocado toast, Gerry's fed people the food they actually wanted at an amazing price. It was a popular hub for guards on lunch as well as Irish politicians.

Gerry’s on Montague St. is closing down. Genuinely the best full Irish in the world that I would always bring visitors to. Thanks for the memories Gerry you absolute legend! 😖 pic.twitter.com/RVGh8OOcpL

Gerry's opened in 1982 and has not been able to open this year due to covid restrictions. The sad news was confirmed via Gerry's facebook page last night.

In a statement, the people behind Gerry's said:

It has been a privilege to have been supported by the community over the years, and we can't thank you enough for keeping our doors open through it all. Gerry's prided itself on the quality of our food, service, and value. We also were not shy about our portions and hoped that we kept you all full and fed on every visit. A special thank you to some of our loyal customers that have been visiting since we first opened and sometimes even managed to sneak into our family dinner on Christmas Day…with no charge, but still had to sit where they were told. After all these years, we feel that it is now a good time to say goodbye. Gerry will still have a presence around the area and will be supporting the local businesses on Camden Street most weekends until closing unless there's a lock-in. Thank you again from the bottom of our hearts. Your support and friendship over the years meant a lot to our family.

Tributes have been flooding in from Gerry's fans. 'It wasn’t a cafe it was an institution and it kept a lot of people nurtured in both body and soul,' wrote TJ Meehan on Facebook. It's another cultural hub that Dublin has lost to the lockdown.
(pic via Gerry's Facebook page)

SEE ALSO: The 10 Types Of Irish Men You'll Find During A Heatwave 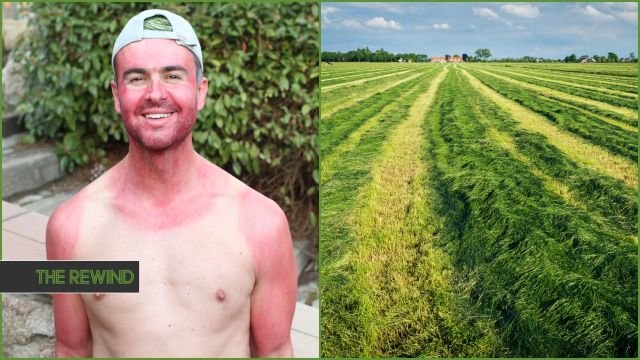 The Rewind
17 hours ago
By Eoin Harrington
Is Taylor Swift Really In Cavan Right Now?
28

GAA
19 hours ago
By Gary Connaughton
Liveline Caller Says Kerry Players Are Disgracing The GAA By Having Tattoos
The Rewind
22 hours ago
By Donny Mahoney
Breaking: Wally The Walrus Has Returned To Ireland
Previous Next