Here Are 13 Of The Best Series On Netflix Right Now

Here at Balls.ie, we've sifted through the countless TV series on the world's biggest streaming website to find ten of the best series on Irish Netflix right now.

It's hard to imagine life without Netflix and having a vast catalogue of movies and TV shows at your fingertips. There's certainly something for everyone on Netflix. That being said, your time is precious. You don't want to waste it. You want to maximise your time by watching the right series. That's why we made this list.

There are certain series that aren't on the list that are too obvious or, it's assumed, you've seen already, such as Breaking Bad. If not, get on it. There are also a few that didn't make the cut but certainly deserve an honourable mention like The Witcher and Better Call Saul.

Happy Netflix viewing - you can't go wrong with any of these!

The Best Series on Netflix

One of the biggest hits of 2020, The Queen's Gambit has been a hugely popular watch in recent times. While a series based around competitive chess players may not sound like the most thrilling of watches, there is far more to this one. Google describes it as:

Set during the Cold War era, orphaned chess prodigy Beth Harmon struggles with addiction in a quest to become the greatest chess player in the world.

This is definitely worth a watch.

The Haunting of Bly Manor

Released right in for Halloween, The Haunting of Bly Manor is the follow-up to The Haunting of Hill House, another series well worth a watch. The anthology series has been really well received and judging by the critic reaction, Netflix have knocked it out of the park again with their Bly Manor series.

A young governess is hired to look after a man's niece and nephew at his country house, after they end up in his care, but, as you can imagine, things start to get weird!

If you're a fan of One Flew Over the Cuckoo's Nest then you'll need no introduction to Mildred Ratched. However you don't need to have seen the movie or read the novel to enjoy this fantastic origin story series on Netflix. The psychological thriller serve as a prequel to One Flew Over..., telling the tale of Nurse Ratched's early days in Lucia State Hospital, a mental institution in Northern California.

It has split opinion with critics but we've enjoyed it.

Jason Bateman can act. After a career of a lot of comedy roles (Michael Bluth in Arrested Development is the most iconic), it's tough to imagine him in a truly serious role. But there aren't many roles more serious than Marty Byrde in Ozark.

The financial advisor and father of two is forced to relocate his family from a Chicago suburb to the Ozarks in Missouri. This comes after a money-laundering scheme goes wrong, forcing him to pay back a debt to the Mexican drug cartel to protect his family. Soon Marty realises that laundering money in the Ozarks won't be as easy as he thought.

Ozark is gripping, dark and suspenseful. The list of antagonists is endless but the plots and subplots come together in a cohesive masterpiece that is reminiscent of Breaking Bad. The show also boasts incredibly powerful female characters that outshine their male counterparts most of the time. If you haven't seen Ozark, what are you doing?

An arrogant lawyer gets a reality check when his law degree is revoked and he's forced to return to studying at a community college. Here, he reluctantly befriends a dysfunctional crew of misfits that he meets in a group-study. An unlikely family dynamic begins to evolve. The innovative thing about this show is its meta style and use of callbacks.

The Dan Harmon sitcom-satire also seamlessly develops the characters through their quirky interactions and encounters. At its core, it's a heartwarming tale of friendship and family that aims to make fun of the traditional sitcom structure. All six seasons are on Netflix and it's an extremely easy watch.

Adolescence and puberty can be a bit of a mess. Using absolutely bat-shit characters, including hormone monsters and the ghost of Duke Ellington, Big Mouth gives a hilariously clever and nuts approach to explaining just how crazy this time in a teen's life can be. It deals with different serious topics, including depression, in an incredibly smart way.

This is contrasted by how crude and sick the show is throughout. Nick Kroll's Big Mouth is definitely one of the funniest shows on Netflix. With a 100% rating on Rotten Tomatoes, you'd be mad not to give it a watch.

Peaky Blinders is easily one of the best TV shows of all time and I'm glad it has gotten the recognition it deserves in recent years. This dark, gritty period crime drama follows the Shelby crime family in Birmingham directly after World War One. As the Shelbys build their empire, the stakes continue to get higher and higher.

The Brummie criminals even find themselves heavily involved in politics. The show has an incredible cast, an even better cast and powerful roles, both male and female. Cillian Murphy as Thomas Shelby is one of the most iconic embodiments of a character. He stays in your head long after you're finished watching the show. All five seasons are on Netflix so you must go watch them all right now. By order of the Peaky Blinders.

Sex Education is a weird one. It has the feel of an American high school movie but it's based in the UK and it's filmed in Wales. The aesthetic, clothes and cars in the show make it look like it's based in the 80s but the characters all knock about with smartphones so that wouldn't make sense. This jumbled up reality works though and it's a delight to watch.

The show follows Asa Butterfield's Otis as he starts giving out advice on sex and relationships in his school in return for money. He doesn't have any experience in this department himself but realises he knows enough from living with his mother who is a sex therapist. While being quite hilarious in dealing with the topic of sex, Sex Education also touches on the different aspects of intimacy and relationships in a very clever way that is, in essence, educational.

Dark is the first German-language Netflix series and is one of the best series on Netflix. The show is set in motion when a child goes missing near a very spooky cave in the woods. What starts out as a simple investigation into the missing child, spirals into an insane plot of time travel that takes you in and out of different cycles, dimensions, pasts, futures and presents.

The constant eery atmosphere coupled with the stunning soundtrack and score will have you shivering throughout. You will find yourself asking the question "what the hell is going on?" a lot. It doesn't matter if you don't have a clue what's going on; it's a stunning series nonetheless.

Despite the surface level premise of the show, Bojack Horseman could be the biggest emotional rollercoaster to ever hit TV screens. Bojack Horseman is based in a Los Angeles where humans live alongside half human-half animal hybrids. Bojack is a human-horse (hence the surname), famous for being the star of a fictional sitcom - Horsin' Around - in the 1990s.

Fast forward to present day and he is a washed-up has-been. He is spiralling viciously into middle-age and substance abuse. Bojack struggles to come to terms with his existential dread and this manifests into toxic relationships with everyone he comes in contact with. Although this sounds extremely bleak, the show is still very much a comedy.

There are countless laugh-out-loud moments which strongly contrast the grim themes of the show. This is definitely one of the best series on Netflix.

The End of the F***ing World

In this black comedy by Channel 4, James, played by Alex Lawther, is convinced he is a sociopath. The dysfunctional 17 year old meets the new girl at school, Alyssa (Jessica Barden), and decides she "could be interesting to kill." Alyssa is a bit mad herself and certainly struggles to get on with people.

He pretends to fall in love with her and they run away together. In time, after the crime spree they embark on, the two become close. The End of the F***ing World is an incredibly dark but funny, binge-worthy adventure. The series only has two seasons with 16 30-minute episodes. You'd fly through that in a couple of days.

American Vandal is a mockumentary that follows high school student Peter Maldonado. He attempts to make a documentary around his investigation into the expulsion of a student, Dylan Maxwell. Dylan was kicked out of school for spray painting penises onto the cars of 27 teachers.

But it soon becomes clear that there is more to the story. This genius show makes fun of the recent trend of true crime TV shows while giving you a genuinely compelling mystery story. Before you know it, you'll be screaming at the screen: "who drew the dicks?!" This series on Netflix consists of a very binge-worthy two seasons.

Undoubtedly one of the most popular shows on Netflix.

Originally produced for Spanish TV for the first two 'parts', Netflix would buy the rights of this thrilling story to continue the story. It tells the tale of a sophisticated group of thieves who have come up with a complicated plan to steal over €2billion from the Spanish mint.

Of course, their plan doesn't exactly work out as they planned, with the authorities, hostages, and sights within the group often throwing the whole thing into chaos.

That's our list of the best ten series on Netflix right now. Did we leave any out that definitely should be on the list? Let us know. 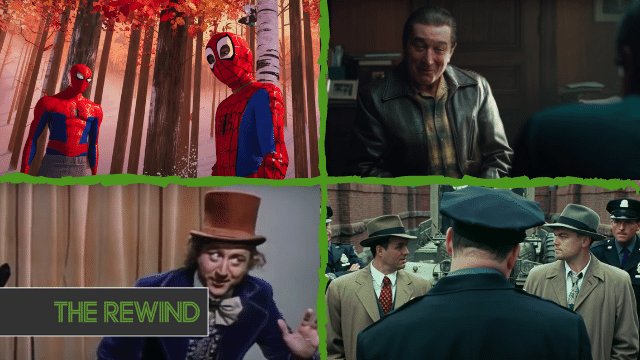