Over its six season run, Love/Hate earned a reputation as the grittiest TV drama ever made about Irish gangland life. But there was plenty of light alongside the darkness, such as the time that Nidge and Trish got married in Season 1 and they staged the cheesiest wedding of all time.

It's hard to think of another scene in the history of Irish television that dares to pack in as much joy, absurdity, humour, love and human artistry into a single minute. Nidge, ordinarily a bloodthirsty blackguard, even does a cartwheel down the aisle. It's a scene that makes you want to propose to a randomer on the street or divorce your husband/wife and immediately re-propose, just so you can have a wedding like this.

However, the greatness of the scene is not just about the ecstatic nuptial celebrations, but in the way it contrasts starkly with the grimness outside the church as John Boy and Hughie race to the wedding to the despite issues of inebriation and poor bladder control. Aiden Gillen utters the immortal line 'Don't piss on my alloys'  which are prophetic words for all young men.

Here's the extended wedding scene if you're hungry for more. 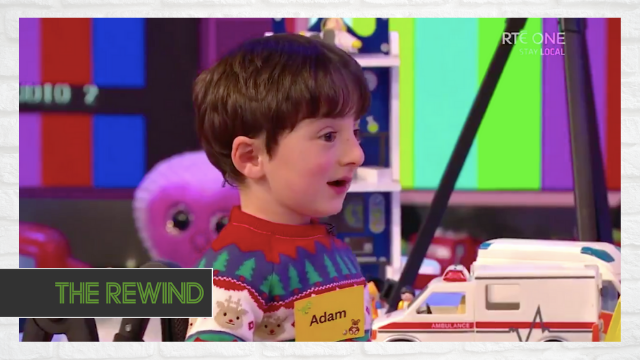 The Rewind
1 week ago
By Gary Connaughton
Can You Get Full Marks In Our Ultimate 'Love/Hate' Quiz?
The Rewind
1 year ago
By Mark Farrelly
Vote For The Best Irish TV Character Ever - The Final
Previous Next