Incredible footage has emerged from the RNLI at Dunmore East in Waterford, as they rescued Ellie the dog after she fell from cliffs near Portally Cove.

The brave rescue was carried out on Thursday afternoon, after the Irish Coast Guard were alerted by locals to the dog's fall.

RNLI carry out incredible rescue of Ellie the dog

At 2pm on Thursday, the RNLI rescue boat set out from Dunmore East - and less than ten minutes later they had spotted Ellie, who had landed safely but was trapped on a small rocky perch below the cliffs. She had fallen over 30 metres.

Two crew members than set off on a smaller boat and approached Ellie. One of the crew jumped onto the rocks and brought the dog safely aboard, and they soon returned her safely to her family.

The RNLI shard incredible footage of the rescue on their website, which shows the bravery of the two crew members. This snippet of the footage, shared on Twitter by Virgin Media news reporter Richard Chambers, shows the climax of the rescue, as the smaller boat approaches the surprisingly calm Ellie and returns her to safety.

The coxswain of the Dunmore East RNLI crew, Roy Abrahamsson, said that the crew were fortunate to get the call in agreeable weather conditions. He also commended Ellie's family for not attempting to climb down onto the rocks to rescue her themselves. He was quoted by the Irish Examiner saying:

Weather conditions were good at the time. Our concern with incidents like this is that dog owners may try to get down the cliff after the dog while endangering themselves.

Thankfully this was not the case this time, the owners did the right thing in calling for help.

We have to say, this footage from Dunmore East has brightened our day. It's not every day you see a dog lost at sea, but we have to tip our hats to the crew at the RNLI for their outstanding rescue. 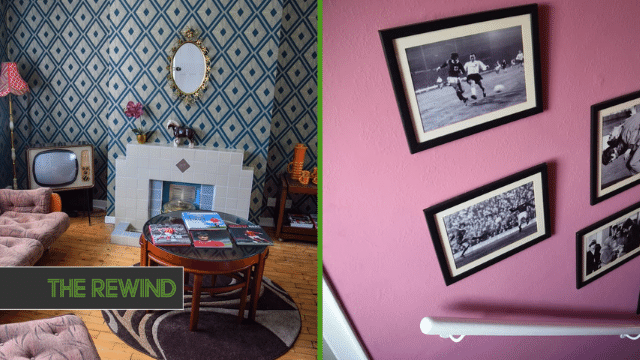 The Rewind
4 hours ago
By Balls Team
The 11 Best Sports Documentaries On Netflix Right Now
The Rewind
2 days ago
By Jonathan Byrne
An Underrated Performance? Aidan Gillen As Tommy Carcetti In The Wire
The Rewind
4 days ago
By Jonathan Byrne
The Definitive Ranking: Deli Items Ranked From Best To Worst
Popular on Balls
Football
2 days ago
By PJ Browne
Ireland's Lee O'Connor Says It Was An 'Easy Decision' To Leave Celtic
Football
1 day ago
By Eoin Harrington
Quiz: Name Every Player To Score In A Champions League Final
Rugby
1 day ago
By Colman Stanley
Roy Keane Made Quite An Impression On Eddie Jones And The England Rugby Team
52