New Season Of One Of Netflix's Most Interesting Shows Drops Tomorrow

There's not much to do in January at the best of times, and that is even more true this year. Considering this, it is the perfect time to get stuck into the shows you have been putting off watching.

Streaming sites are usually your best bet for finding something to watch, with Netflix recently adding a number of quality movies.

They will also be dropping a new season of one of their best shows tomorrow.

Inside The World's Toughest Prisons is exactly what it sounds like. It sees journalist Raphael Rowe (who himself was wrongly imprisoned for a crime he didn't commit) visit prisons around the globe where the inmates are faced with some incredibly harsh conditions.

Be it from overcrowding, dangerous inmates, poor living conditions, or incredibly tense atmospheres, these are not places anybody would want to find themselves in. Rowe goes into the general population of the prisons, speaking to those who live there, many of whom will be there for the rest of their lives.

Over the last few years, he has visited prisons in the likes of Brazil, Colombia, and Mauritius to name but a few.

The fifth season of the show will drop on Netflix tomorrow, January 8th, and will make for essential viewing. This time the places visited will be the Philippines, South Africa, and Greenland.

You can watch the trailer for the new season below.

Netflix describes season five of the show as:

Raphael Rowe, who spent years in prison for a crime he didn't commit, volunteers to go behind bars in the Philippines, Greenland and South Africa.

With a rating of 7/10 on IMDB, we couldn't recommend this one enough.

Considering there won't be much going on for the next few weeks, now is the ideal time to catch up on old seasons of the show.

SEE ALSO: Here Are 13 Of The Best Series On Netflix Right Now 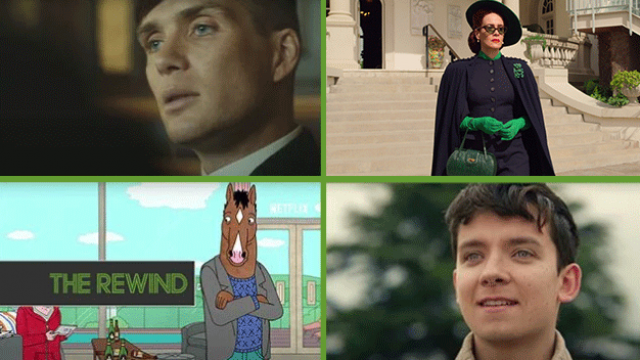 The Rewind
3 hours ago
By Eoin Harrington
Peaky Blinders Movie 'Is Going To Happen' According To Show Creator
The Rewind
7 hours ago
By Balls Team
QUIZ: How Well Do You Remember The Commitments?
39

The Rewind
9 hours ago
By Mark Farrelly
Quiz: How Well Do You Know Ted Hastings' Phrases?
Previous Next

Inside The World's Toughest Prisons netflix