How Much Longer Can Netflix Ignore Irish Programming?

Irish audiences have been enjoying Netflix for many years now, with original series such as Making A Murderer, Bojack Horseman and Stranger Things capturing the public's attention at one time or another.

The streaming giant has even shifted into the local markets in which they operate, making original shows in Spanish, French, German, Italian, Portuguese, Hindi, Japanese, Korean, Polish, Danish, Swedish, Turkish and Arabic, with upcoming programmes in Mandarin, Icelandic, Norwegian and Thai already confirmed.

But one area which is distinctly lacking is that of the Irish language - or really any original Irish content.

While shows like The Crown and Sunderland 'Til I Die have been created for the site's growing British audience, there is yet to be a Netflix original produced in the Irish language.

That fact has not alluded Cormac Mac Réamainn, a 19-year-old student from Dublin, who launched a petition to encourage Netflix to begin producing Irish-language content last week.

"Netflix currently creates original content for almost every country its service is provided in," the petition reads. "Examples include Sex Education for England, Dark for Germany, La Casa de las Floras for Mexico and various well known shows for their wider American audience.

"With the island of Ireland's population being 6.5 million and there also being 36.9 million Americans of Irish descent, Irish language content would most definitely be popular.

"With Brexit on the horizon, it would also make sense for Netflix Ireland to separate from Netflix UK and become its own separate entity which would in turn put the focus on providing Irish language content instead of English content."

Netflix has an estimated 250,000 subscribers in Ireland according to data released by the company last year, while 42% of Irish households use the service according to Comreg's 2017 Ireland Communications Survey.

To date, the only Irish-focused content Netflix has produced is the original film The Siege of Jadotville, telling the story of Irish soldiers on a UN peace-keeping mission in the Congo, as well as dedicating an instalment of their Remastered series to the story of the Miami Showband Massacre.

But there remains no Irish-language content on the service beyond certain scenes of Black 47, which was not produced by Netflix itself.

Even with Irish studio Cartoon Saloon producing My Father's Dragon for a 2021 release on the service, Netflix have indicated that the film will not be receiving an Irish dub. 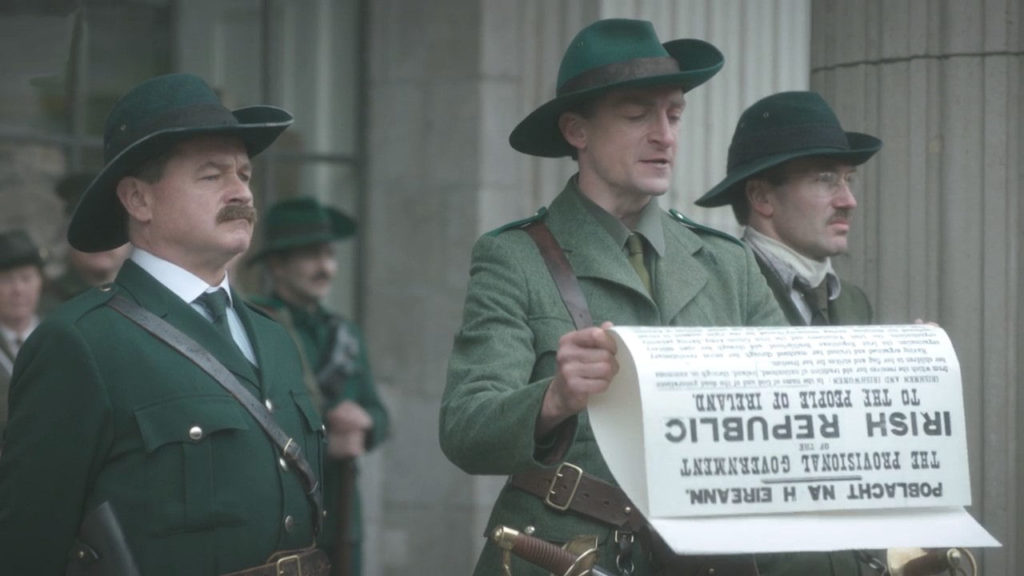 Meanwhile, there appears to be a growing resurgence of the language both at home and abroad. Language-learning app Duolingo say that their Irish course has more than 950,000 active users over the last 12 months, with six million users in total using their service to study the language since 2014.

More than 40% of those studying Irish are based in the US, while only 20% are in Ireland, showing an appetite for Gaeilge beyond these shores.

Cormac's petition is just shy of 2,000 signatories at the time of writing, and he believes that Netflix could acquire some ready-made Irish language shows in order to gauge the public's interest for more.

"I tweeted that I wished Netflix would start making Irish language content and it gained a lot of attention so then I thought I'd start a petition to make my dream a reality," he told The Rewind.

"Netflix could even buy the rights to some well-loved TG4 shows and documentaries first to at least test the waters to see whether Irish content would be popular. They could then move on to some low budget projects like a cooking show or a talk show before moving on to bigger projects like TV series and full length movies.

"I think it's not something that would happen straight away but I don't see it as something impossible. If the support for it is shown then I'm sure it'd be in their interests to do something about it."

Of course, the onus is not simply on American businesses like Netflix to keep our language alive. Cormac believes there is more the state broadcaster RTÉ could be doing to normalise the use of Irish instead of just leaving Irish-language content to TG4.

"I think TG4 is doing a great job especially with children’s television, which I think is most important," he says. "Cartoon Saloon are also great as they usually have Irish versions of their animated movies like Song of the Sea and The Breadwinner, which I think is great.

"RTÉ is definitely not doing enough. The last Irish language show I saw on RTÉ was about two years ago. It was Lig Liom and even then it was mostly through English. They definitely need to create more."

Read More: The First Image From The Young Offenders Series Two Is Here