We've Seen That Evil Line Of Duty Prison Warden Before

The third episode of Line of Duty's sixth season aired on Sunday. Unlike the high-octane second episode, this one - from the squad car toppling in the lake to Arnott's several unannounced call-in's to Corbett's widow - felt forced in many places. However the table is set for what is billed as a highly-dramatic fourth episode.

Season Six has given plenty back to fans who've stuck with the show for the past eight years. Every episode has contained little details that makes you appreciate that care and planning that goes into making this programme. Last week, fans of the show were amazed to realise that officer Ryan Pilkington is the same gurrier named Ryan who was involved in organised crime in the first series of the programme.

Genuinely, this whole Ryan storyline, from season 1 all the way to now is just incredible. The creators of #LineOfDuty have thought years ahead 👏🏻👏🏻 pic.twitter.com/6GrjKQPEk2

There was a similar nugget in Episode 3 that perhaps even the most hardcore LOD fans would have missed. It might not have been essential to the plot line, but it was more evidence of the intelligence of the show. As AC-12 dug in on their investigation of DI Davidson, they decided it was time to formally interview Farida Jatri again. As Jatri is about to be moved from the prison cell for the interview, a very stern looking woman enters her cell. The door slams shut and we hear a scream. Safe to say that Ms Jatri does not attend the interview. In fact she decides she won't be cooperating at all with AC-12's investigation after her wrists are broken the prison warden.

Cast your mind back to 2014 and Season 2 of the programme and you might remember a thuggish female prison guard named Merchant  making life a nightmare for DI Lindsay Denton. Denton has poop thrown into her food by the prison officer, who later pours very hot water on Denton's hands.

The identity of the prison officer who brutalises Denton? The same Merchant who breaks Jatri's wrists.

No good will come of this… the always in-the-zone @hebaandcleo's prison guard makes an ominous reappearance in @jed_mercurio's @Line_of_duty tonight. And she seemed so nice in rehearsals for #TheMcCooeys! pic.twitter.com/7tcX1O0urm

The only thing I’m taking from tonight’s #LineOfDuty is the prison warden who broke Farida Jatri’s wrist was the same one who burnt the hands of Lindsay Denton in series 2. Coincidence?! I think not. pic.twitter.com/0NPZWXUgo6

She's back 😡. How is she still a prison officer after what she did to Lindsay Denton #LineOfDuty pic.twitter.com/eIG56xF3Lb

Merchant is played by actress Irish actor Maria Connolly. It's disappointing that she's kept her job in the prison system this long given her flagrant disinterest in the human rights of inmates, but it's not surprising given the extent of police corruption uncovered by this programme. If Ms Merchant turns up in your prison cell, best of luck to you!

It's one of many little nods to past seasons embedded in Season 6 from writer/director Jed Mercurio.

Some lovely nods to previous series in #LineOfDuty tonight:

SEE ALSO: Ex-Line Of Duty Star Thinks 'Something Tragic' Will Happen This Season 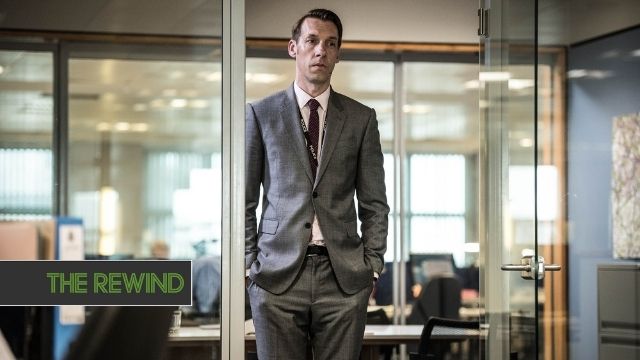