The English defeat in the EURO 2020 final came under a cloud, as Marcus Rashford, Jadon Sancho and Bukayo Saka received racist abuse for missing penalties in the shoot-out against Italy. The abhorrent racist comments were widely condemned - and now the three young English players have found support from Hollywood actor Jason Sudeikis.

Sudeikis is the main star of Ted Lasso, an Apple TV comedy series that follows an American football coach who is unexpectedly promoted to be manager of a Premier League team.

He recently appeared at the premiere for season two of the show wearing a t-shirt that read 'Jadon&Marcus&Bukayo', and has now explained on The Late Show with Stephen Colbert why he wore that t-shirt.

“They’re young men and they should have the opportunity to succeed and fail and tie like everyone.”- Jason Sudeikis explains why he wore a sweater to support the Black players of the England soccer team. #LSSC pic.twitter.com/KaMLCaatLR

Jadon, Marcus and Bukayo are three of the English footballers from their national team. They were the last three young fellas that took the penalty kicks - they didn't turn out the way that certainly England would have hoped, certainly a lot of us here in the States and worldwide.

They caught a lot of guff online, the three young black men. Our show is rooted in both despising things like bullying and racism and whatnot, but it is also rooted in and takes place in London in England. This was our chance to use this big fancy premiere to spotlight them and let them know that we've got their back and how much we support them.

The audience at The Late Show immediately burst into applause, but Sudeikis didn't want any praise for his stance, again directing the praise towards the three young footballers.

I don't mind taking claps for the show, but taking claps for that - that's nothing. What they've gone through, and what they do - even Marcus, the remarkable things he did like leading up to the season, during the pandemic, helping to feed kids that weren't getting school lunches because they weren't going to school.

I hope it's understood that we're all clapping for them and supporting them. I'm just wearing a shirt. It was just a way to humanise and personify those three fellas, and that's why I chose to use...their surnames are on the back of their kits, so that's why I used their first names, the names their parents gave them, because they're kids, they're young men. They should have the opportunity to succeed and fail like everybody else.

Rashford, Sancho, and Saka have received support from the vast majority of football fans and pundits, but the racist comments made towards them still need to be addressed and questioned.

Public figures like Jason Sudeikis making powerful statements like these will only help in the fight to put an end to racist abuse in sport, something Rashford and others have actively campaigned for for years.

As Sudeikis himself said on The Late Show, Marcus Rashford, Jadon Sancho, and Bukayo Saka have their entire careers ahead of them, and their opportunities should be no different to any other players. 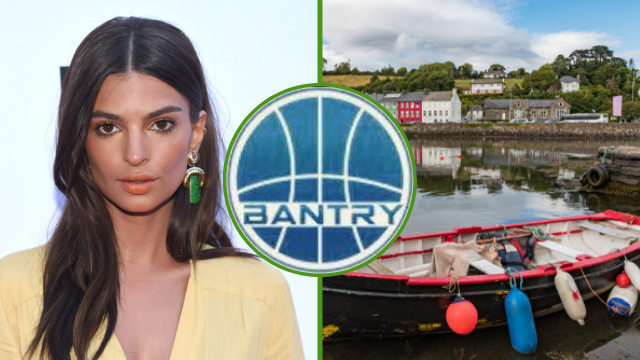