Last night, RTÉ primetime talk show Claire Byrne Live achieved what few thought was possible: a wide-ranging and well-mannered debate on the subject of a United Ireland featuring guests from politics and sport, including Andrew Trimble and Joe Brolly.

Marking 100 years since partition and the foundation of Northern Ireland, the programme drew praise online for its reasonable handling of the emotive subject matter. In particular, the opening discussion between Sinn Féin leader Mary-Lou McDonald and Tánaiste Leo Varadkar was well-received.

The night's analysis didn't pass without incident, however. Brolly, the former Sunday Game anti-hero, was cut off by RTÉ when he used some of his allotted time to sharply criticise the DUP, and specifically party MP Gregory Campbell, who was also a panelist who had already made his contribution to the show.

"What we've seen with Arlene [Foster], and with Gregory Campbell, and with Iain Paisley Junior, and people like that, is this sort of short-termism, all the time. Chuckling and guffawing at people when they're trying to have a serious discussion.

"[It's] just like we saw with Gregory tonight. Laughing at the Irish language, laughing at Gaelic sports, the homophobia, the racism, all those things..."

An indistinct shouting match ensued between Brolly and Byrne after the comments, before the former's video-link was disconnected from the live studio feed.

Earlier in the programme, Campbell laid down his views on reunification – in short, he believes it "isn't going to happen."

Following Brolly's dismissal, Claire Byrne explained on-air that the Derry native's claims were not conducive to the nature of the debate, given the fact that Campbell was not able to respond to the claims made about him. For this reason, per RTÉ, Brolly was removed from the debate.

Brolly took to Twitter after the debacle, sarcastically apologising for his claims, while doubling down on his reproval of the DUP and taking aim at other party members.

SEE ALSO: Reeling In The Years To Premiere Another Decade Of Episodes In April 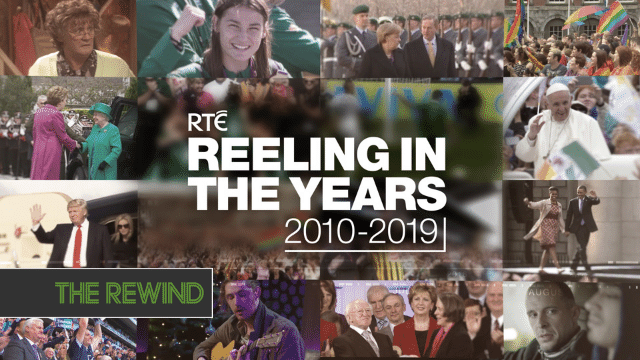