Joe Rogan is among the most prominent media personalities in the world, with his podcast The Joe Rogan Experience one of the most listened to offerings out there at the moment.

The UFC commentator has not been shy to express some controversial views in the past, coming under fire in recent times for his comments surrounding covid-19 vaccines.

Rogan has been open in his skepticism surrounding its use, especially in younger people. He seems to believe that it has the potential to do more harm than good in young people with no health issues, an opinion that has been continually disproven by medical experts.

The American contracted coronavirus himself earlier this year, revealing that he had used a number of questionable treatments in order to tackle the virus.

Since then, he has not wavered on his opinions surrounding the vaccines. That included on a recent episode of his podcast, although on this occasion his guest did pull him up on some false statements he was making.

Rogan claimed that the vaccine saw a sizeable increase in the risk of myocarditis (inflammation of the heart muscle) among young boys, although Josh Szeps pointed out to him that contracting covid-19 actually presented a far larger risk of that particular issue.

When Rogan attempted to pull up information to back up his opinion, it instead disproved his point. He then questioned the validity of the information presented, despite the fact that he was the one that sought it out in the first place.

You can watch the exchange below.

We probably won't see Josh Zepps on Rogan's podcast for a while 😂 pic.twitter.com/Eyff4FJn6p

The article that is referenced in the video can be viewed here.

Rogan has often said in the past that he is open to changing his mind on a subject when openly discussed and presented with evidence that contradicted his views, although this has not been the case when it comes to the subject of covid vaccines.

Considering how widely his podcast is listened to, expressing any such baseless views has the potential to become a big issue.

SEE ALSO: The Worst (And Best) Covers Of Irish Folk Songs And Ballads 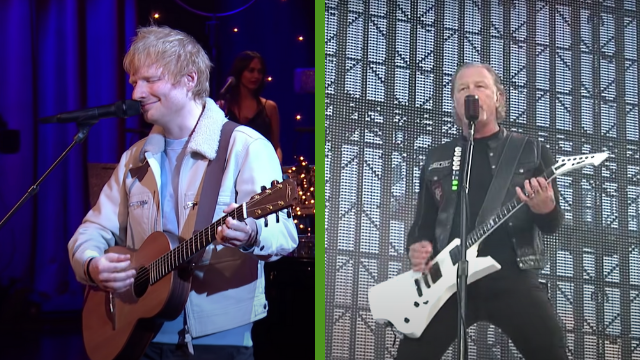 The Rewind
2 years ago
By Sean Meehan
The Rewind Recommends: Joe Rogan Produces A Marathon Podcast With Whistleblower Edward Snowden
Previous Next

The Rewind
1 year ago
By Mark Farrelly
Tony Hawk Tells Joe Rogan The Shit He Got For Being In A Video Game
The Rewind
1 year ago
By Balls Team
Joe Rogan's Podcast Is Moving To Spotify
The Rewind
2 years ago
By Sean Meehan
The Rewind Recommends: Joe Rogan Produces A Marathon Podcast With Whistleblower Edward Snowden
Popular on Balls
Basketball
22 hours ago
By Eoin Harrington
Kieran Donaghy And Tralee Warriors Claim National Basketball Cup Title In Tallaght
Football
1 day ago
By Gary Connaughton
Carragher Reveals Unhappy Instagram Message From Lionel Messi After MNF Comments
The Rewind
1 day ago
By Gary Connaughton
Quiz: From Which Irish County Did This Company/Product Originate?
Football
2 days ago
By Jonathan Byrne
Women Footballers Call Out 'Embarrassing' Sun 'Exclusive'