Line of Duty stars Martin Compston, Adrian Dunbar and Vicky McClure - the trio whom for much of the show's six series have played characters in the AC-12 unit - have sponsored the kits of a Belfast football club.

Belfast Celtic Young Men's and Ladies Club announced on Sunday that the three actors purchased kits for its U13 and U15 girls teams.

Ryan Caddell, first team manager of the ladies team, told Belfast Live that the gesture came about after one of their players posted online about the need for a new sponsor. Compston saw the post, contacted the club and said he'd get Dunbar and McClure on board too.

"He sent us over the money later that day and we had a bit of a chat about the kit, sending designs back and forth to each other and then we got them ordered," said Caddell.

(2/2)
the last ten years in the city filming the hit show.

This is an amazing gesture from the AC12 team and the club are so thankful for the kits!

We hope to see them soon back filming in Belfast and maybe get them up to watch the girls team when safe to do so!

Season six of the series, which is filmed in Belfast, is currently airing on BBC.

Dunbar, who plays Ted Hastings, is from Fermanagh, while Compston played professional football with Greenock Morton before turning to acting.

Regarding the new kits, Compston said on Twitter: "Delighted we could help. Look forward to seeing the strip!"

Tiger King: Take Our Ultimate Quiz To Test Your Knowledge Of The Show 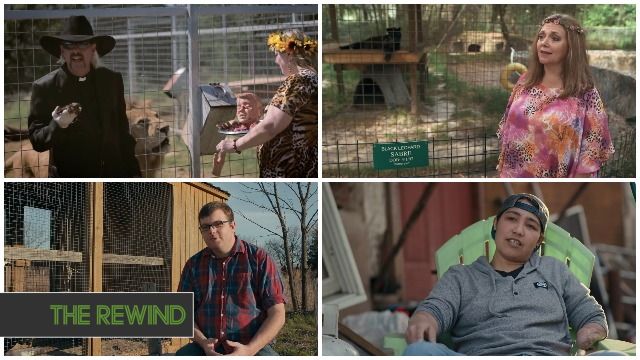