Martin Compston says there will be plenty of answers for long-time Line of Duty fans in Sunday's finale of the show's sixth season.

"I won't quite go the Jo Davidson 'no comment' route," Compston told the Shrine of Duty podcast when asked if the identity of 'H' will be revealed.

"All I can say is that I think there's a lot of payoffs coming this Sunday. There are a lot of big answers coming.

"I also think it's deserved. People have stuck with us for such a long time. There comes a point where the natural story arc that's been running all these years is coming to an end."

What happened when Shrine of Duty met Steve Arnott?

Huge thanks to @martin_compston for coming on for the chats ahead of the #LineOfDuty finale!

Will there be a Line of Duty season 7?

Compston was also asked if there will be a seventh season of Line of Duty. The Scot said he genuinely does not know but that creator Jed Mercurio will only give the green light for another season if he believes there is a story to tell.

"The genuine answer is that we don't know but that's nothing different for us," he said.

"Jed always takes time after a series, takes a couple of months because there's a lot of stuff that's way beyond my pay grade - the figures, analytics, audience scores. He likes to take the emotion out of it, sit down and look at all that.

"Usually we're looking at, 'Do people want us back?' because you don't want to overdo it.

"We won't do one just for the sake of doing it. Jed will only do one if he feels there's a story there to be told."

Martin Compston revealed a funny moment during the filming of Line of Duty season six which had Adrian Dunbar, who plays Ted Hastings, messing up his lines during one of the show's interrogation scenes.

"These big interview scenes, the tension in them is unreal," said Compston.

"It's not just the scene itself, which is filled with tension.

"There's usually a time about day two, after lunch, when your mind is just gone and you're on autopilot. The giggles are ready to happen because the finish line is in sight.

"You were just like, 'What is going on?' One of them happens and then everyone is pinching their thigh under the table trying not to laugh. I think it was the slugs one [where] everybody just lost it."

See Also: An Incredible Michael Sheen Speech About Why Wales Should Leave The UK Has Gone Viral 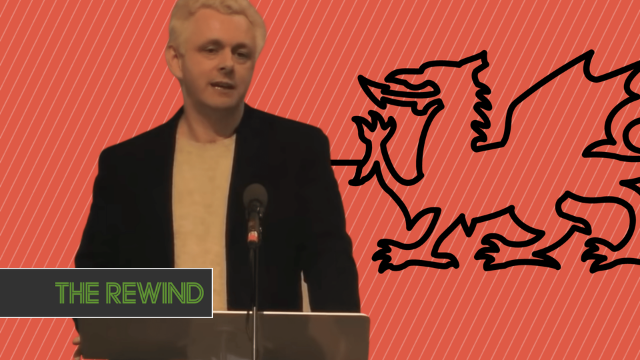