The 20 Best Movies On TV Today

Every day over the Christmas break here on the Rewind, we scrawl through the listings to find you the best movies on TV to enjoy as we spend Christmas in lockdown.

As always at this time of year, there's a lot to choose from, but the quality varies wildly.

We have waded through the never-ending list of films to find what we think are the best or most enjoyable 20 films available today.

As usual, all of these films are available on non subscription channels, though may not be on all platforms.

Plot: Three friends struggle to find work in Paris. Things become more complicated when two of them fall in love with the same woman.. (IMDb)

Plot: Lady Susan Vernon takes up temporary residence at her in-laws' estate and, while there, is determined to be a matchmaker for her daughter Frederica -- and herself too, naturally. (IMDb)

Plot: In a city of anthropomorphic animals, a rookie bunny cop and a cynical con artist fox must work together to uncover a conspiracy. (IMDb)

Plot: While matchmaking for friends and neighbours, a young 19th Century Englishwoman nearly misses her own chance at love.(IMDb)

Plot: When the newly crowned Queen Elsa accidentally uses her power to turn things into ice to curse her home in infinite winter, her sister Anna teams up with a mountain man, his playful reindeer, and a snowman to change the weather condition. (IMDb)

Plot: Young Tom Hall (Art Parkinson) and his misfit friends fight to save "Buster" the baby elephant during the German air raid bombings of Belfast, Northern Ireland in 1941. (IMDb)

Plot: A family learns important life lessons from their adorable, but naughty and neurotic dog. (IMDb)

The Remains of the Day: 6.20PM, Sony Movie Channel

Plot: A butler who sacrificed body and soul to service in the years leading up to World War II realizes too late how misguided his loyalty was to his lordly employer. (IMDb)

Plot: A Chinese man travels to the Wild West to rescue a kidnapped Princess. After teaming up with a train robber, the unlikely duo takes on a Chinese traitor and his corrupt boss. (IMDb)

Plot: A prince of the mythical world starts a rebellion against humanity in order to rule the Earth, and Hellboy his team must fight to stop him from locating the all-powerful Golden Army. (IMDb)

The Naked Gun: From the Files of Police Squad!: 9.00PM, Comedy Central

Plot: The presidencies of Kennedy and Johnson, the events of Vietnam, Watergate and other historical events unfold through the perspective of an Alabama man with an IQ of 75, whose only desire is to be reunited with his childhood sweetheart. (IMDb)

Plot: In the late 1960s/early 1970s, a San Francisco cartoonist becomes an amateur detective obsessed with tracking down the Zodiac Killer, an unidentified individual who terrorizes Northern California with a killing spree. (IMDb)

Plot: In Detroit, a lonely pop culture geek marries a call girl, steals cocaine from her pimp, and tries to sell it in Hollywood. Meanwhile, the owners of the cocaine, the Mob, track them down in an attempt to reclaim it. (IMDb)

Plot: During the Depression, Jimmy Gralton returns home to Ireland after ten years of exile in America. Seeing the levels of poverty and oppression, the activist in him reawakens and he looks to re-open the dance hall that led to his deportation. (IMDb)

Plot: A shy reclusive lady is convinced by an invisible entity to sing. Subsequently, she finds herself noticed by a sleazy talent agent and her talent being showcased on-stage. She also meets a kind but nervous man who becomes her best friend. (IMDb)

Plot: A freak accident brings together a critically ill mathematician, a grieving mother, and a born-again ex-con. (IMDb)

Plot: An F.B.I. Agent goes undercover to catch a gang of surfers who may be bank robbers. (IMDb) 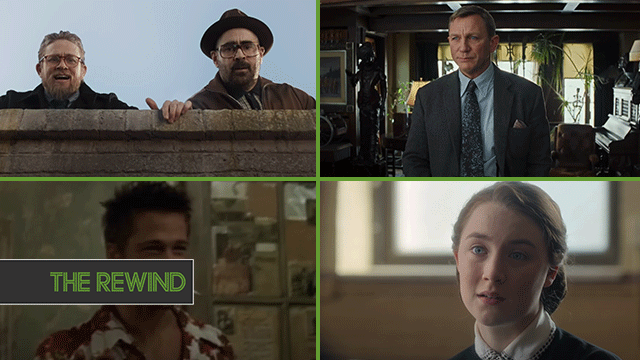 The Rewind
1 year ago
By Michael McCarthy
The 15 Best Movies On TV Today
TV &amp; Film
1 year ago
By Ryan Carrick
Here Are 10 Of The Best Films On TV Tonight
44