Those Netflix Autoplay Previews Can Feck Off Into The Sun

It's a clever and delicately-made exploration of the human psyche, the nature of trauma and the concept of time itself. The final episode concludes on an emotional note with a slightly ambiguous ending.

As the credits rolled, I was left considering all of the pain and past traumas holding me back...for about 15 seconds until the music cut suddenly and my TV began to autoplay a preview for some show I had no intention of over watching.

To put it mildly, Netflix autoplay previews can fuck off.

Look, Netflix is a great service. I've spent hundreds of hours watching stuff on it at this stage. This year alone, they've given us Russian Doll, When They See Us and I Think You Should Leave With Tim Robinson - three of the standout new shows of 2019 across any streaming service or TV channel. 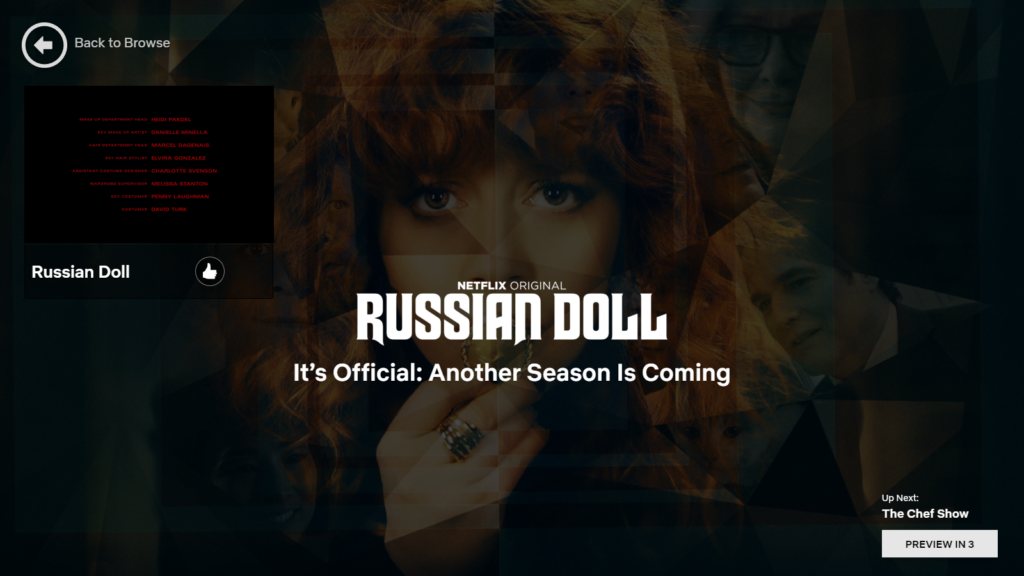 But once a series ends, my mind should be wholly occupied with what I've just witnessed, not how to avoid the trailer desperately waiting to autoplay.

On the times I do forget, on those rare occasions when a series finale lands its final emotional punch square on my jaw with pinpoint accuracy, the preview comes crashing in like an alarm awakening me from a beautiful dream.

And that's it. That moment is gone, lost forever. Stolen by the Netflix autoplay function.

You can never fall back into the same dream and you can never recapture those few seconds after you finish a series for the first time, no matter how hard you try.

Thank you @netflix for completely wrecking the emotional coda of Schindler’s List with your tone-deaf algorithm. pic.twitter.com/QWGXSTjmRH

Like a small child who's eaten their own weight in sugar, Netflix simply has too much restless energy.

The mentality of constant movement for movement's sake plagues the tech industry from which Netflix operates and ignores the value that comes from moments of quiet reflection or even just giving due credit to the people who made whatever it is you just watched.

Want to find out who composed the score? Fuck you, here's a trailer for Adam Sandler's latest holiday disguised as a film.

Your trip to the cinema doesn't end with a whole new set of trailers playing 15 seconds into the end-of-film credits and it shouldn't happen on Netflix either.

And God help you if you linger for more than even a second on something while scrolling through the main menu, lest you awaken the other type Netflix autoplay plague from the depths of hell.

Unless you know exactly what you want to watch, your only hope for some peace in which to make a decision is to mute your TV.

Art needs room to breath. Viewers need time to process the story. But more than all of that - autoplaying something unrelated to what I've chosen to watch is just really fucking annoying.

Whether it's the start or the end, everything is geared towards making sure you're always watching something every second you're on Netflix.

Please, just give me some peace and stop the Netflix autoplay previews. I promise I'll keeping watching in my own time.

Football
21 hours ago
By Gary Connaughton
Who Knew That Ireland Were Twice Crowned World Football Champions?
39

The Rewind
23 hours ago
By Gary Connaughton
Quiz: How Well Do You Know Rachel Green?