It's hard to beat a good heist movie or TV show.

The likes of Ocean's 11 and The Usual Suspects are certainly classics of the genre, while shows such as Money Heist and Lupin have brought the art form to the small screen in recent years.

There is certainly something exhilarating in learning how a high stakes robbery was executed to perfection. If those shows are your type of thing, you're not going to want to miss a new docuseries coming to Netflix next week.

This Is a Robbery: The World's Biggest Art Heist tells the story of an infamous robbery that took place in Boston on St Patrick's Day in 1990, where $500million worth of fine art was stolen.

The show will explore how two men impersonating police offices managed to pull off the heist, disappearing with some of the world's most valuable paintings. It will go on to look at who could have committed the robbery and where the art may have ended up, including possible links to the IRA.

The series will be released on Netflix on April 7th and you can watch the trailer below.

Netflix describes the show as:

30 years ago, two thieves brazenly stole millions of dollars worth of art from Boston’s Isabella Stewart Gardner Museum. Where the art is now remains a mystery.

Today, investigators reviewing the cold case attempt to recover the missing works, unmask the perpetrators and solve the biggest art heist in history.

We will certainly be tuning into this one. 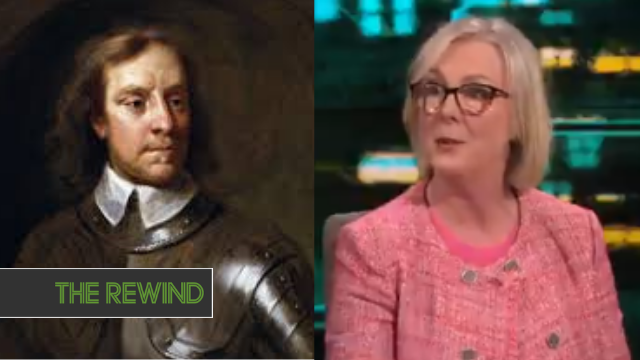 The Rewind
14 hours ago
By Balls Team
The 11 Best Sports Documentaries On Netflix Right Now
The Rewind
1 week ago
By Tom Keegan Grant
Season 15 Of 'It's Always Sunny' Is Coming To Netflix Very Soon
The Rewind
1 month ago
By Colman Stanley
Four TV Shows To Binge Watch This December
Popular on Balls
Rugby
2 days ago
By Colman Stanley
Keith Earls Shares Story That Captures Andy Farrell's Decency
Football
2 days ago
By Eoin Harrington
Quiz: Name Every Player To Score In A Champions League Final
Football
1 day ago
By PJ Browne
'If He Continues With Performances And Goals Like That, Stephen Kenny Will See It'
Football
15 hours ago
By Gary Connaughton
Portsmouth Likely To Retain Gavin Bazunu This Month Despite Championship Interest