A Load Of Cracking New Movies Have Just Landed On Netflix

Another new month, another set of new movies on Netflix.

At the start of each month, the streaming giant drops a number of new films on the site, with October's selection as good as we have seen.

Here are the best of them.

Austin Powers: The Spy Who Shagged Me

Dr. Evil is back and has invented a new time machine that allows him to go back to the 1960s and steal Austin Powers' mojo, inadvertently leaving him "shagless". (IMDB)

A CIA agent on the ground in Jordan hunts down a powerful terrorist leader while being caught between the unclear intentions of his American supervisors and Jordan Intelligence. (IMDB)

A Puerto Rican former convict, just released from prison, pledges to stay away from drugs and violence despite the pressure around him and lead on to a better life outside of N.Y.C. (IMDB)

Shallow, rich and socially successful Cher is at the top of her Beverly Hills high school's pecking scale. Seeing herself as a matchmaker, Cher first coaxes two teachers into dating each other. (IMDB)

Healthcare professionals, government officials and everyday people find themselves in the midst of a pandemic as the CDC works to find a cure. (IMDB)

Dawn of the Dead

A nurse, a policeman, a young married couple, a salesman and other survivors of a worldwide plague that is producing aggressive, flesh-eating zombies, take refuge in a mega Midwestern shopping mall. (IMDB)

An insomniac office worker and a devil-may-care soap maker form an underground fight club that evolves into much more. (IMDB)

Fifteen years after murdering his sister on Halloween night 1963, Michael Myers escapes from a mental hospital and returns to the small town of Haddonfield, Illinois to kill again. (IMDB)

A group of high-end professional thieves start to feel the heat from the LAPD when they unknowingly leave a clue at their latest heist. (IMDB)

A family learns important life lessons from their adorable, but naughty and neurotic dog. (IMDB)

Following the Normandy Landings, a group of U.S. soldiers go behind enemy lines to retrieve a paratrooper whose brothers have been killed in action. (IMDB)

Shaun of the Dead

A man's uneventful life is disrupted by the zombie apocalypse. (IMDB)

In 1954, a U.S. Marshal investigates the disappearance of a murderer who escaped from a hospital for the criminally insane. (IMDB)

When bitten by a genetically modified spider, a nerdy, shy, and awkward high school student gains spider-like abilities that he eventually must use to fight evil as a superhero after tragedy befalls his family. (IMDB)

The lives of guards on Death Row are affected by one of their charges: a black man accused of child murder and rape, yet who has a mysterious gift. (IMDB)

An Eastern European tourist unexpectedly finds himself stranded in JFK airport, and must take up temporary residence there. (IMDB)

A proficient group of thieves rob a bank and hold Claire, the assistant manager, hostage. Things begin to get complicated when one of the crew members falls in love with Claire. (IMDB)

In a future British tyranny, a shadowy freedom fighter, known only by the alias of "V," plots to overthrow it with the help of a young woman. (IMDB) 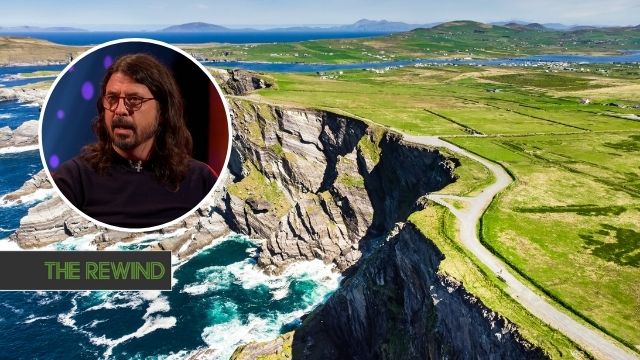