The great Norm MacDonald passed away yesterday, aged 61. The Canadian made his name presenting SNL's Weekend Update in the 1990s but he became legendary as a guest on America's late night chat shows. Whether its the Moth joke or the Most Convuluted Joke ever, MacDonald was brought a wildness to a very staid format.

In every important way, in the world of stand-up, Norm was the best. An opinion shared by me and all peers. Always up to something, never certain, until his matter-of-fact delivery leveled you. I was always delighted by his bizarre mind and earnest gaze. (I’m trying to avoid using the phrase, “twinkle in his eyes”). He was a lifetime Cy Young winner in comedy. Gone, but impossible to forget.

MacDonald was a philosopher but also a sports addict. He grew up playing ice hockey and was an obsessive poker player. He was a fixture at many Pro-Am's during the heyday of Texas Hold 'Em in the 2000s.

MacDonald was also a pioneer in sports comedy. In 2011, MacDonald presented a Comedy Central programme that tried to be the Daily Show for sport. It was called Sports Show with Norm MacDonald.

It lasted nine episodes. Like all of MacDonald's comedy, it was absurd, mean and uncomfortable. It featured a Charl Schwartzl joke that is more memorable than Charl Schwartzl.

Norm MacDonald was one of my favorite comedians, especially his humor about sports. Here's his classic Charl Schwartzel joke and his Brandon Davies take. pic.twitter.com/VIFY4pUNd3

The programme also featured a segment called 'Oh Google' where MacDonald called out the latent sexism of the Google algorithm. It's both funny and true. Googled tweaked its algorithm because of this slot.

You can watch them in all the glory on Youtube.

MacDonald had an infamous experience presenting ESPN's annual sports awards, which are known as the ESPYs, in 1998. He roasted the great and the good in the American sports world in one of the most uncomfortable opening monologues you'll ever see (we're talking about the OJ Simpson joke specifically), and was never invited back to present the programme again.

His humour might not be to everyone's tastes, but he was a genius. A Norm MacDonald youtube deep dive is a day well spent. Go easy, Norm, you shouldn't have bought that deathbed.

Excerpt from “Norm Macdonald in Conversation” on Vulture’s website. pic.twitter.com/DhHtH4Fb7G 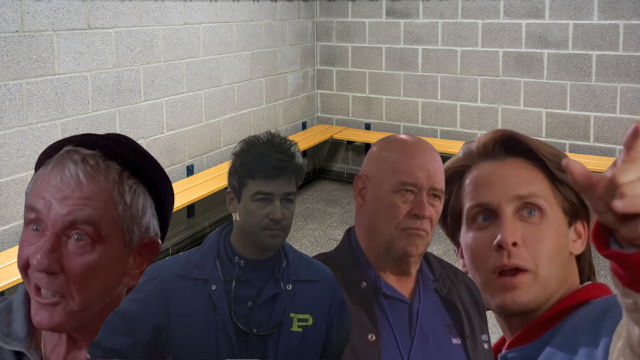 The Rewind
5 days ago
By Eoin Harrington
Watch: Brilliant Dermot Morgan Dublin Segment From 'The Travel Show' Resurfaces
Previous Next