13 years ago, RTE launched Soupy Norman. The show remains arguably the only good comedy Irish television has ever produced. Not only did the show justify the formation of Buttevant in the year 1234, but it captured the chasmic culchie/Jackeen divide with scathing wit.

Tragically, in this world of eternal digital memory, all that remains of Soupy Norman on youtube is the Christmas episode and one or two clips. This is sort of like owning a Prince 'Greatest Hits' record instead of the full albums. Sure there are great moments, but the entire Norman story is missing.

Soupy Norman is 10 years old.
Never got a repeat.
Rte 2 down to 40 viewers
It's now or never
Write to:Them in Charge of Repeats
c/o The Rte.

So why is Soupy Norman gone from the internet? Was it because the programme told wicked truths about real life in the nation's capital and the D4 media elite have been compelled by the various interest groups that run Ireland to silence the programme entirely lest the culchie population who provide the country with endless labour and good spirit stay in the towns and villages which birthed them?

One of the few individual SN clips that remain online contains arguably the show's biggest truthbomb, delivered by Grandad

GRANDAD: Up in the Dublin, they have things called buses. Big yokes, with wheels. Big long things. Called buses. With wheels...And up in the front, they have a thing called the engine. That's like the brain of the bus.

Esther can hardly believe this bombshell but she would go to Dublin and find it to be sadly true. In Dublin, they have buses. Big long things with wheels. Incredibly Soupy Norman was the first Irish programme to directly confront the issue of buses in Dublin, and the conversation has remained muddled since the show went off the air more than a decade ago.

In lieu of actual Soupy Norman episodes, the Wikipedia episode descriptions for Soupy Norman exist as the best Irish comic literature since An Béal Bocht

Esther leaves her home in Buttevant and travels to Dublin on her pet donkey and tries to acclimatise herself to the new environment. Her father is constantly sent to the bold chair by Grandad for not calling him "Grandmaster". Jack and Grandad worry about her and sends Soupy Norman to visit and check up on her. He comes back with very little details. To combat homesickness, Esther watches a picture of an "old woman who lives outside the town".

Esther calls Jack, and asks him to come up to Dublin to visit her. Esther has been staying with Mrs. Gleeson, "a woman with red hair", and her daughter, Kylie. Kylie brings Esther along when she is out stealing. They steal a dog, Margarita (unable to walk due to "canine leg disorder") from Sean, a Dublin youth who has gotten his first job as a dog walker. Esther later shoots Margarita as she is unable to sell her. Jack talks to Mrs. Gleeson to show him "that thing you do with your eyes", which she does. After returning home to Buttevant, him and Grandad order a pizza from Soupy Norman, which he is unable to give them.

Need I go on? Read the rest here.

And don't take our word for it. Twitter exists mostly for people to mourn the passing of Soupy Norman and wonder how in the hell RTE commissioned it.

Soupy Norman man. I think it was David O Dohertys brother behind it. To this day I've no idea how RTE let something that good on TV

I'm of the opinion that 'Soupy Norman' is one of the finest things RTE ever produced.What are the writers doing now?https://t.co/ruoT9r93dG

If I was tv president, i would make RTE back 2 back of the greatest irish thing ever made, soupy norman. it'd be on the fucking leaving cert

Quiz: Can You Complete The Lyrics To Maniac 2000? 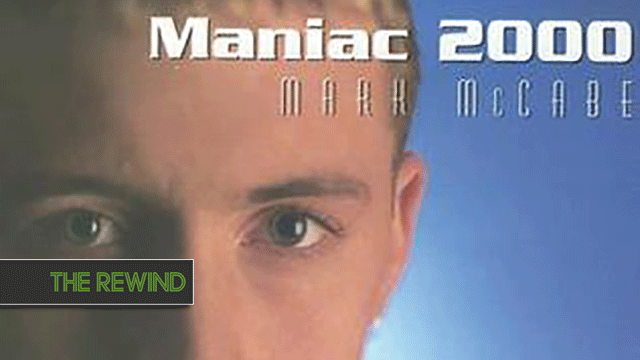 The Rewind
1 year ago
By Sean Meehan
The Rewind Recommends: 3 Things To Watch/Read/Listen To Today
Previous Next

The Rewind
7 months ago
By Mark Farrelly
Soupy Norman Remains One Of RTÉ's Greatest-Ever Comedies
The Rewind
1 year ago
By Sean Meehan
The Rewind Recommends: 3 Things To Watch/Read/Listen To Today
Popular on Balls
Rugby
8 hours ago
By Gary Connaughton
Ronan O'Gara Admits There Was One Game He Didn't Want Ireland To Win
GAA
13 hours ago
By Donny Mahoney
This Weekend's All-Ireland Semifinals Will Feature Some Great Nicknames
3