O'Rourke Blown Away By Biggest 'Ireland's Fittest Family' Season Yet

Derval O’Rourke has been taken aback by the increased attention that Ireland’s Fittest Family has been getting this year.

As well as being a three-time Olympian and two-time European Championship medallist, the Cork hurdler is also one of the four coaches on the popular RTÉ series, alongside Davy Fitzgerald, Anna Geary and Donncha O’Callaghan. The most recent season kicked off in early January and O’Rourke has been surprised at the reaction to it.

Speaking at the launch of Allianz’s eight-year worldwide partnership of the Olympic and Paralympic Games, O'Rourke said:.

"With Ireland's Fittest Family, we've done it for years. We're in a slot now on a Sunday evening at 6.30pm which I think opened the show up to a brand new audience which has been amazing but it's also been really funny because on a Sunday evening, my Twitter, DMs and Instagram go bananas with people messaging me about the show.

It's stuff that we've always done on the show and people would be like either telling me it's great or giving out to me about stuff. So, I think it's funny to see a whole load of new people watching it even though it's been on for so long. I've enjoyed that."

O’Rourke is the only coach with four families left in the competition – perhaps no surprise, given she runs a very successful personal fitness company. She said that, similarly to Fittest Family, she has seen a surge in interest in the company since the beginning of the first nationwide lockdown last year.

"Getting into fitness in the past year has been interesting. My main work is that I've an online health and fitness platform and that I've been growing that. So, I've just over 9,000 people on my site, and 10,000 on the private Facebook groups so I've kind of experienced everybody's home fitness and their fitness within 5km a lot in the past 12 months."

The last year has seen everyone – including elite athletes – having to adapt to working and exercising at home, a fact O’Rourke is conscious of.

"It's weird, I think people have become conscious of their health and well-being because we're essentially in this small world right now. If you're feeling well, it's a massive luxury at the moment. So, I think the combination of all the online stuff and running challenges all the time with my online community and then being on Fittest Family on a Sunday night, I feel like I have fitness all around me everywhere.”

Though there are no odds available for the final stages of Ireland’s Fittest Family, O’Rourke will surely be feeling good about her chances.

SEE ALSO: "It's Really Unusual, In That World, For Someone To Be So Generous" 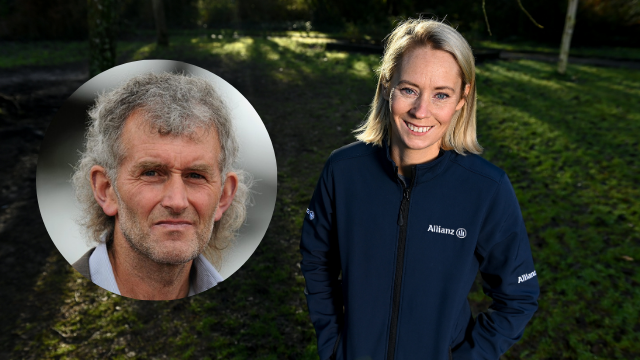 The Rewind
4 days ago
By Luke Delaney
How To Watch Conversation With Friends In Ireland
The Rewind
4 days ago
By Eoin Harrington
Watch: Brilliant Dermot Morgan Dublin Segment From 'The Travel Show' Resurfaces
The Rewind
1 week ago
By Luke Delaney
Liam Gallagher Tells Amazing Story About Making A Music Video With Eric Cantona
Popular on Balls
GAA
2 days ago
By PJ Browne
Cusack Has Little Sympathy For Gearoid Hegarty After Red Card
Football
10 hours ago
By PJ Browne
Man Arrested For Headbutting Billy Sharp After Playoff Semi-Final
GAA
1 day ago
By PJ Browne
GAA President Explains Why Tailteann Cup Won't Be All-Ireland Curtain Raiser
Football
4 days ago
By Eoin Harrington
Alan Shearer Says Roy Keane "Ran Away" From Him After Famous Clash