Peter McVerry says there's a constant anger within him due to the failure of the political system to help the lives of the poor and homeless in Ireland.

"I'm very angry because this is not the way it should be," the priest and homelessness activist said on The Tommy Tiernan Show.

"It could be different if we made different political decisions. That's just the reality.

"Our governments for the last 20 years at least have had this neoliberal policy whereby all our services were to be met by the private sector. The market would solve all our problems.

"When you're living in a different world, that world becomes normalised. They (politicians) would say to me, probably, 'We're a developing nation, growing economically - some people just get left behind'.

"All the decisions in our society are made by people with a view from the very top. People in political time, people in business life, people in financial life.

"That's the problem. People become homeless because the landlord wants to sell the flat that they're living in. There's no council housing to move into. They end up being homeless.

"The first solution to homelessness is we've got to build social housing. That would be the first thing I'd do. I'd also put the right to housing into the constitution.

"During Covid, there was a ban on evictions from the private rented sector and the number of homeless dropped by about 2,000. It had an enormous effect.

Asked by the host if he should hand over money to those asking on the streets, McVerry said:

"I don't know; sometimes you should, sometimes you shouldn't. There's something you could do that's more important than giving money: When you pass by, say 'Hello. How are you?' If you see the same person sitting there the whole time, you know they're genuine." 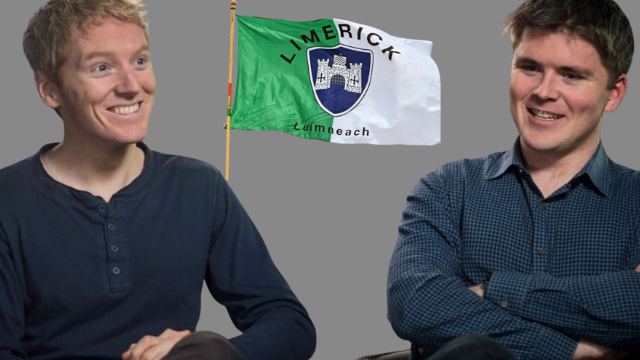