After enduring four years of Trump and 14 months of a pandemic, we - the people who watch videos online - have had our viewing requirements change. We don't need apocolayptic programming any more. Real life can give you that in spades. What we all need is wholesome, life-affirming content that celebrates the good in people. That's why we love Danny Malin, takeaway connoisseur.

The Rate My Takeaway youtube channel might be the best thing we've seen on the internet this year. The videos are fronted by Danny,  a butcher from Leeds and a father of six. Malin started broadcasting rants about loo roll shortages on his facebook page during the first lockdown and became something of an internet sensation. He's spent most of the last six weeks on the road, sampling the UK's finest chippies. Rate My Takeaway is sweeping the internet. The Youtube channel has gained 250,000 subscribers in six weeks, as Danny and his team upload a takeaway review a day. As Danny's cholesterol count has skyrocketed, so has the viewcount on his youtube channel.

The formula for the videos are similar: we begin with Danny in his car pulling up to the chipper, speaking to his cameraman. Finding parking usually takes a bit of time. Eventually Danny will arrive and make his order. Then he'll set up his fold-up table outside the takeaway, have a meal and tell you how he feels about it. Nothing more, nothing less, but it's slow-burning youtube gold.

These videos have become a rollicking internet sensation for two reasons. We all love a takeaway and the food usually (but not always)  looks absolutely delicious. Secondly - and most importantly - is Danny himself. He's such a positive, warm and joyful character who absolutely loves his takeaway. Seated at his fold-up table, with a fizzy drink within reach and a pizza box full of chips and chicken in front of him, Danny becomes the cuddly Yorkshire king of youtube.

In that Q&A, Danny confirmed he'll be travelling abroad to Asia and the US to sample the takeaway cuisine there as soon as travel restrictions in the UK ease.  For the moment, he is trying to keep his feet on the ground despite his viral success. He told the Yorkshire Evening Post:

"I’m staying grounded at the moment, I don’t want to rush into things and I am who I am but it is nice to be walking about and people now wanting selfies and pictures with me.

"In such a short space of time I’ve gone from being just that fat, jolly fellow at the market to this, but I think the best thing about it is that the people I’ve spoken to say my videos have helped them through the tough times."

We can't wait to see him at Leo Burdock's. 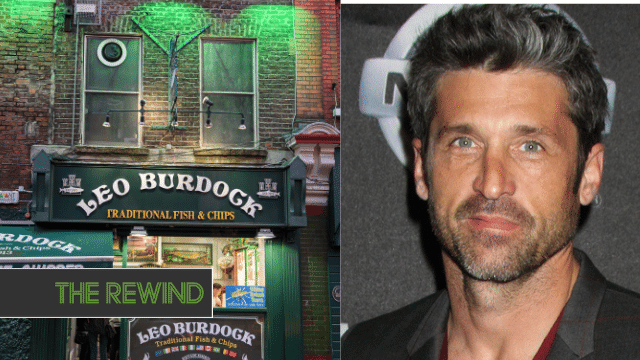