Our national broadcaster has produced some world class television programming over the years, what with Reeling In The Years melodically capturing the respective imaginations of every Irish generation, Love/Hate garnering worldwide critical acclaim, and our personal favourite The Morbegs teaching children about hairy, mythical beasts and Growing Trees.

But for each success story, RTÉ's prolificacy when it delves into the world of reality entertainment takes a nosedive, creating some truly reprehensible shit-shows in the past 15 years, leaving viewers questioning their payment of a TV licence at all. Here are the five most ghastly entries to the world of RTÉ reality tv: 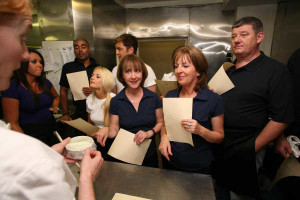 The show's concept involved 13 celebrities running a hotel for 16 days and nights in order to win money for their designated charities. Unsurprisingly, the show format was not repeated, nor was it exported or resold.

The unmitigated shiteness of Fáilte Towers could perhaps be best summed up by the fact that failed Eurovision entrants Donna and Joseph McCall were treated as one 'celebrity,' collaborating on various mundanely routine hotel tasks with no real end-game in sight, while the likes of RTÉ weatherwoman Evelyn Cusack were left to soldier on alone.

You truly have no idea of the horrors this world holds until you've sat through an entire episode of Fade Street.

Presumably excreted from the very bowels of television hell, Fade Street depicted a kind of 'faux-reality,' where the show wasn't so much scripted as 'situationally-manipulated' to spark the usual bullshit fireworks. When you consider how easily-influenced youths lap up this type of barf-inducing garbage nowadays, RTÉ really made a balls of this, because even Ireland's greatest idiots couldn't have cared less about this.

Based on a group of girls - most of whom working at Dublin's Stellar magazine - Fade Street featured Vogue Williams, which is all you really need to know. It begged the question; as Irish people, do we ever seem less divine than when we try to be American?

Winner: Anyone who didn't watch it. 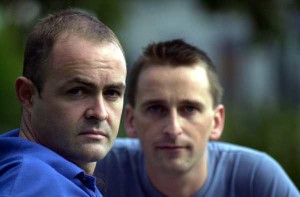 Where Fade Street was Dublin's answer to American monstrosity The Hills, Treasure Island took place so long ago that experts believe it may have actually birthed the entire genre of reality television worldwide. Who knows? Nah, it probably did.

Think Castaway, but with 16 bawny Irish randomers climbing trees and - if memory serves - skinny-dipping, on an island somewhere off Tonga.

Incidentally, Treasure Island paved the way for the political career of senator Mark Daly, who finished third in season two - which tells you all you need to know about Irish politics. 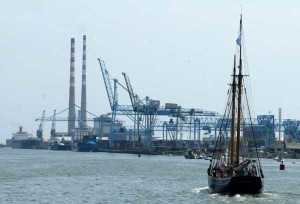 Scarcely has a trip scheduled for eight weeks on the high seas gone so astronomically awry.

You may remember disaster struck just two weeks into Cabin Fever when the ship carrying its contestants ran aground at Tory Island, off the coast of Donegal.

In fairness to RTÉ, the broadcaster donated the phone-in vote funds to the Royal National Lifeboat Association, but naturally, the show had to be pulled six weeks earlier than planned.

A full report on the ship's sinking was genuinely released two years later, and concluded that allowing 10 people with no nautical experience whatsoever to sail a ship into the open seas was actually a fairly poor idea.

The concept was simple - eight 'personalities' had to spend seven days on a farm, with one being voted off every evening (or "turfed out" as RTÉ called it). Naturally, it was hosted by Ear to the Ground presenter Mairead McGuinness, and - credit where it's due - the prize money was €50,000 to the charity of their choice.

Though not always reliable, we'll leave it to a particularly cheeky Wikipedia entry to best sum up Celebrity Farm - the worst reality television show in modern history:

Quiz: Can You Tell What Will Ferrell Movies These Quotes Belong To? 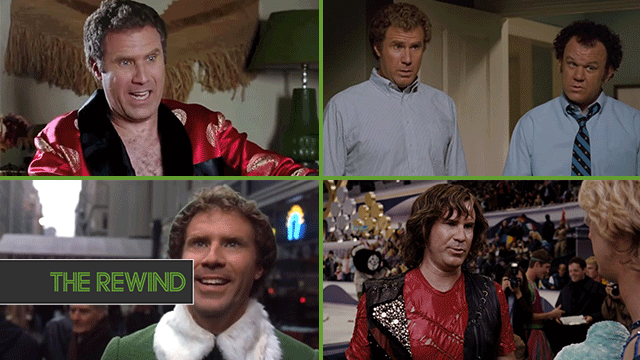 The Rewind
16 hours ago
By Gary Connaughton
Is Somebody Hacking Our Weather Apps To Stop Us Drinking Bags Of Cans?
121