Round Two: Vote For Ireland's Greatest Ever YouTube Video

The drama is already unfolding, round one is complete and we've already lost a few heavyweights. After an extensive vote across the Balls.ie website and Instagram page, we can confirm the results for the first round of this incredibly important vote to crown Ireland's greatest ever YouTube video.

With 16 seeded videos, most match-ups went the way of the favourites but the opening day still served up some shocks. In a rip-roaring tie between 'Fuck You, Deputy Stagg' and 'I'll Have Sex Tonight and Everything' the unseeded 'Sex Tonight' won by 51% to 49%.

There were two other victories for unseeded videos, with 'Pat Kenny Rips Up Tickets' easily defeating 'The Ice Cream Van,' and 'Viper Higgins "Shlug"' defeating 'Pat Kenny Called Out On Frontline.' Ironically, having beaten Pat Kenny, Viper Higgins will now face Pat Kenny in the last 16.

Elsewhere there were scares for favourites such as 'Eamon Dunphy calls out Rod Liddle' who only beat Frosbit Boy 154 votes, while What's Snots performed poorly in the Instagram vote.

Before we turn our attention to Round 2, we would like to fondly those we have lost today:

Round Two - Here's Comes A Bloodbath

There is no way we can possibly overhype today's last 16 round.

Pretty much every match-up is a toss of a coin. The likes of Eamon Dunphy and What's Snots will be hoping the introduction of direct voting for Balls.ie Twitter followers today will work in their favour, after struggling to secure the youth vote on Instagram yesterday.

In the first match we have an all-RTÉ News tie as Aengus MacGrianna takes on Teresa Mannion, while there two all-sport match-ups, with the Castletown Donkey Derby up against Effin' Eddie Moroney and League of Ireland Fan facing Eamon Dunphy. 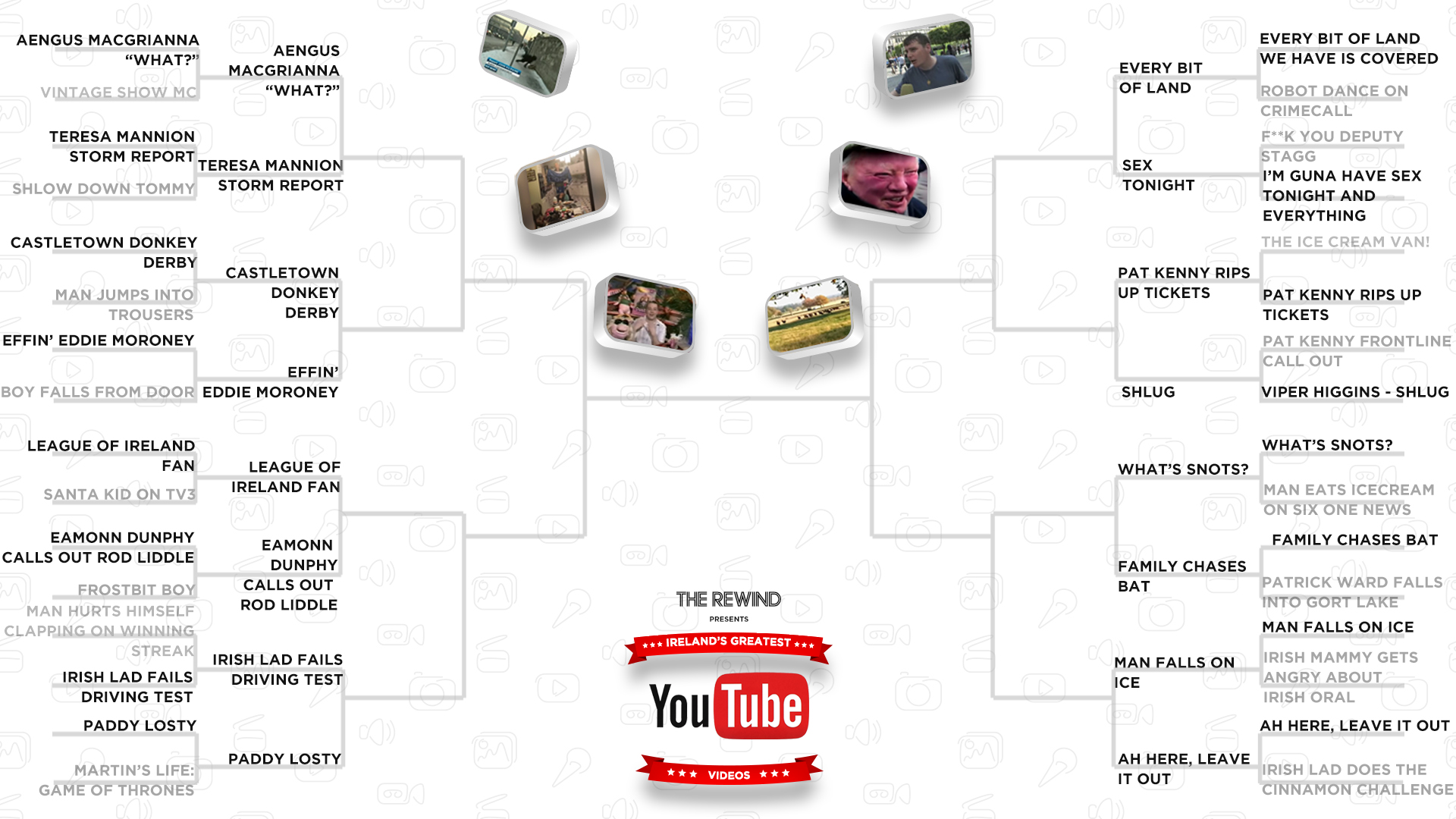 Who wins? It's up to you. Voting will be open below, on our Instagram page and on Twitter until 12pm tomorrow, when we will tot up all tallies and discover who goes through to the quarter-finals.

Match 5: Every Bit Of Land vs Sex Tonight And Everything

Bridie 'Every Bit Of Land We Have Is Covered'

Match 8: Man Slips On Ice vs Ah Here, Leave It Out

Ah Here, Leave It Out