As the nights get shorter, you know what that means.

Yes, Autumn is almost upon us and RTÉ have launched their lineup for the coming months with some very interesting titles piquing our interest.

In terms of new features, it's the documentary genre that's the most interesting with plenty of titles on the horizon.

Three years on from his death, a new documentary on the life and legacy of Martin McGuinness will feature interviews with Bill Clinton and Tony Blair.

Switching to sport and on the centenary of Christy Ring's birth, the makers of the acclaimed hurling series The Game have now turned their attention to the iconic hurler.

In Christy Ring: The Greatest, viewers will learn more about the enigmatic Cork hurler, deemed by many to be the greatest player of all time.

Sticking with the theme of people and events that had a seismic impact on Irish culture - both sporting and general - RTÉ's decade of anniversaries continue with history documentaries and series across radio and television including  The Bloodied Field, an adaptation of Michael Foley’s acclaimed book about Bloody Sunday.

Elsewhere,  74 Days: Inside Terence MacSwiney’s Hunger Strike is bound to be a fascinating watch for anyone that's interested in Irish history.

In  Davy Fitzgerald's Toughest Climb, Davy brings a group of young men on the challenge of a lifetime. 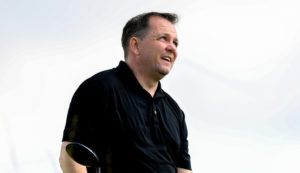 Elsewhere, returning favourite shows this season include Dermot Bannon’s Incredible Homes, Home Rescue, It’s a Park’s Life,  The Zoo, and John Creedon is back with a new series of  Creedon's Atlas of Ireland.

Here's a breakdown of the highlights from the various main categories.

October sees the start of the GAA championships and the return of  The Sunday Game with Joanne Cantwell and Des Cahill at the helm.

October also sees the culmination of the Women's Six Nations, the Republic of Ireland's Euro play-off semi-final against Slovakia,  the women’s Euro qualifier v Germany and the crowning of the SSE Airtricity League Premier Division champions.

The GAA Championships continue in November including the Munster Hurling Final, the All Ireland Hurling and Camogie semi-finals, as well as the rugby team taking on Wales and Fiji.

Elsewhere, the FAI Cup semi-finals and final, and horse racing with the Irish Grand National from Fairyhouse.

December features the historic climax of the All-Ireland Championships in Football, Hurling and Camogie alongside the Women's FAI Cup Final and the European Cross-Country Championships from Dublin.

A new documentary series,  New Gaels, will the unique stories of four GAA players who began life in different countries. 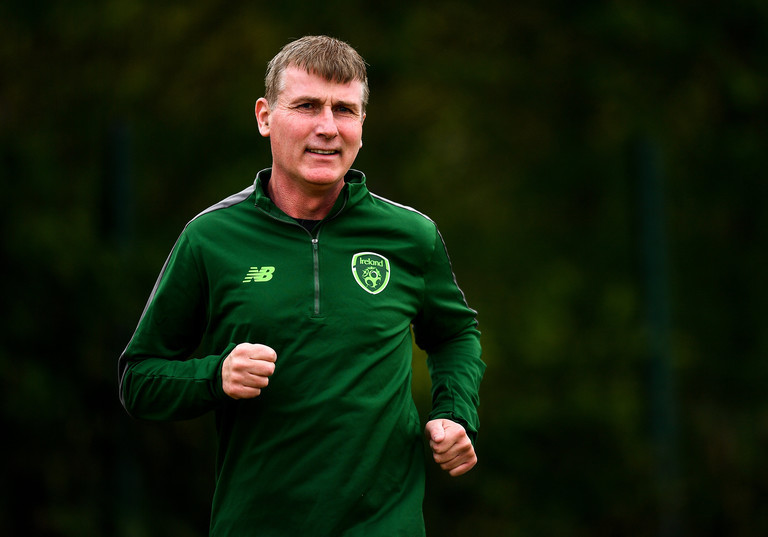 Sarah McInerney, who recently finished her temporary slot on RTÉ Radio 1's Today Show, and  Cormac Ó hEadhra are set to take over on  Drivetime  from 4.30pm from Monday to Friday, while current presenter Mary Wilson is set to move to the Morning Ireland team.

Bryan Dobson will also move from the Morning Ireland team to the lunchtime news and will lead RTÉ News at One.

Meanwhile, Katie Hannon is set to take over the weekend slot that had been earmarked for Sean O'Rourke as she moves from the Late Debate.

In terms of new features, there's going to be 18 hours of new Irish-produced drama including Dead Still, The South Westerlies, Smother, and Amy Huberman’s Finding Joy returning for a second season.

The South Westerlies is a six-part series starring Orla Brady, Eileen Walsh, and Patrick Bergin, about an Irish coastal town earmarked for a Norwegian-owned wind farm.

Another new drama coming to our screens, Smother, a new six-part drama written by Kate O’Riordan and starring Dervla Kirwan,  is a family thriller about deeply buried secrets and their unintended consequences, set in a small town on the wild and rugged coast of Clare.

Fair City, The 2 Johnnies Do America, Sinead Quinlan: Thanks a Brilliant, and Fantasy Ireland  are also new additions.

Mrs. America,  Fleabag, and Season 2 of  Yellowstone are new international additions to the lineup. 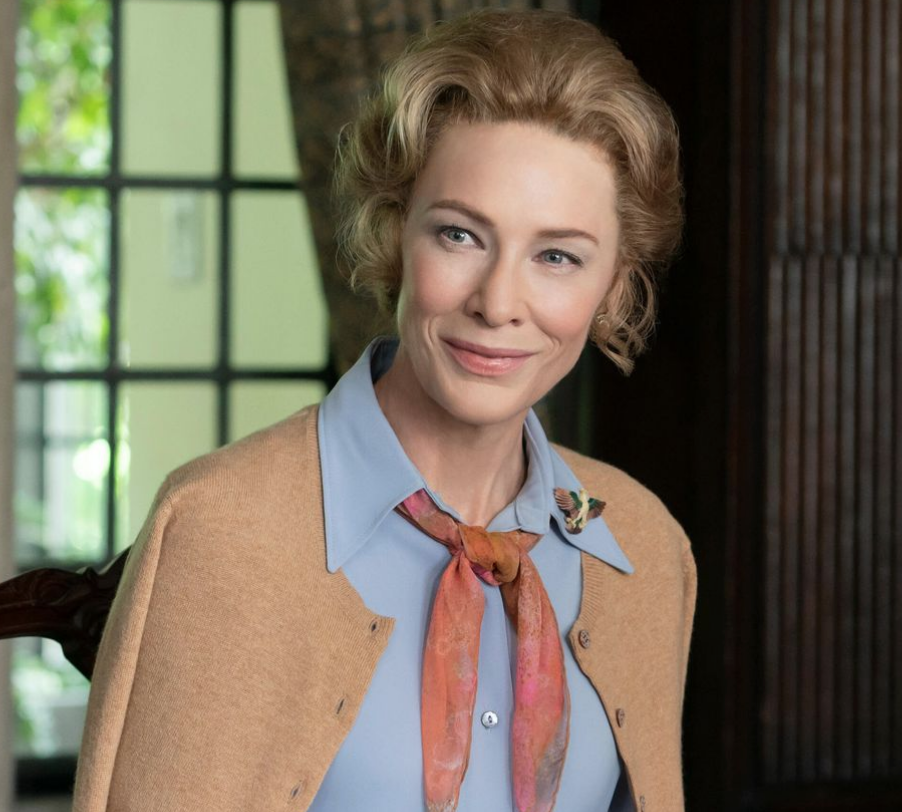 The Late Late Show returns along with a number of other shows.

Ray D'Arcy is back on Saturday nights, while Joe Duffy will bring his warmth and curiosity to The Meaning of Life as he carries forward the torch of Gay Byrne’s much-loved series. Duffy will be talking to Vicky Phelan, Mary Lou McDonald, and Blindboy Boatclub among others.

Today with Maura and Daithi is back for more daily chat on RTÉ One.

RTÉ will continue to report, reflect and debate changing and challenging times with their news and current affairs coverage.

RTÉ News brings you the most-watched news programmes in Ireland, and new team David McCullagh and Caitriona Perry will be at the helm of flagship bulletin, the  Six-One News from August 31st.

RTÉ Investigates, which brought us the powerful documentaries on the impact of Covid-19 in St James's Hospital,  will reveal new investigations.

Extensive informed coverage on the US Presidential Election, with RTÉ News' Washington Correspondent Brian O'Donovan, RTÉ's dedicated US news and politics podcast, States of Mind, and live election results coverage right through the night this November. 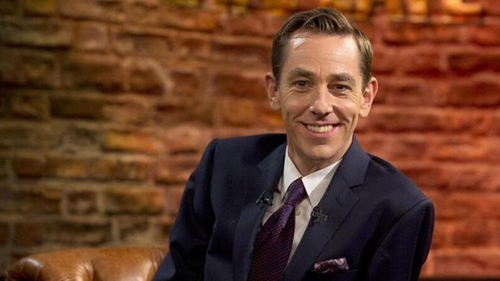 Aside from the aforementioned titles, here are some of the other documentaries that will be shown this Autumn.

Home: A Year in Ireland’s Housing Crisis follows a cross-section of people from all walks of Irish life as they attempt to navigate a way through spiralling rents, soaring house prices, and now the impact of the Covid-19 pandemic.

In Sins of Ireland,  acclaimed documentary maker Alex Fegan  (Older Than Ireland)  meets with 30 Irish priests to discuss the sins that have emotionally resonated with them.

The Case I Can’t Forget features retired and serving Gardaí telling the stories of the cases that had a profound impact on them.

Fr. Niall Molloy documents the investigation of the murder of Fr Niall Molloy, while The Real Field tells the real story behind one of Ireland’s most notorious unsolved murders.

A Big Week in September offers a snapshot of school and family life in the early days of September 2020.

The Rewind
1 month ago
By Eoin Harrington
O'Rourke Blown Away By Biggest 'Ireland's Fittest Family' Season Yet
The Rewind
1 month ago
By Donny Mahoney
RTÉ Issue Formal Apology For Waterford Whispers God Joke
The Rewind
5 months ago
By Mark Farrelly
16 Things The Den Absolutely Need To Bring Back In Their New Show
Popular on Balls
Athletics
2 hours ago
By Emmet Bradshaw
Drama After The Finish Line In Men's 1500m Final At European Indoors
Horse Racing
20 hours ago
By Gary Connaughton
Gordon Elliott Receives 12-Month Ban, With Six Months Suspended, Following Controversial Photo