How Scrubs Mastered The Ability To Break Your Heart

We are coming up on ten years since the final season of Scrubs aired. This is an interesting moment in recent television history.

Scrubs never attracted the cult-like fan club of a show like 'The Simpsons' or the critical acclaim of a show like Frasier. The comedy only won two Emmys during its reign and exhausted much of the goodwill that surrounded it with two poor final seasons.

Its conclusion contrasted with the majority of the show's lifespan. With increasing popularity comes inevitable rising salaries for high-profile actors. Eventually, NBC made a decision and Scrubs ended. When ABC tried to revive it, they did so with unknown actors and young writers. The outcome was inevitable. 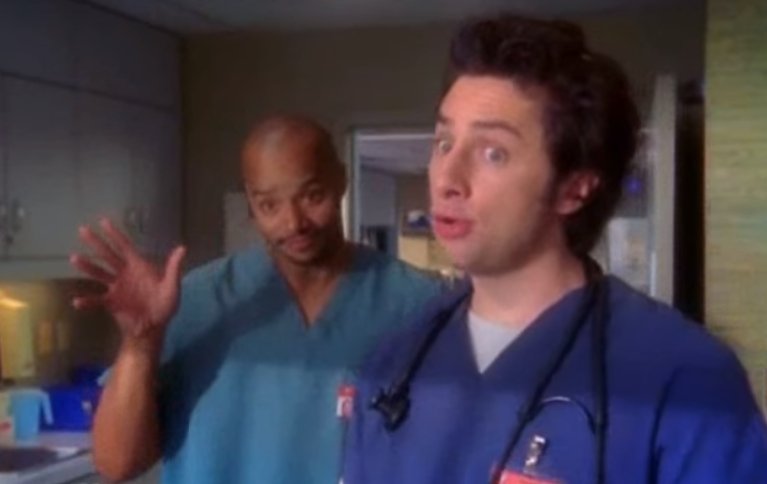 But it wasn't always this way. They had a unique formula that married comedy with drama in a style others tend to avoid. Scrubs wasn't gag driven, which is a good thing because not all the gags were that good. Shows that rely on that have to do it perfectly or it falls flat. There is no space for inaccuracy, no subtext, the point is the joke. When it works it is outstanding (see the Office.)

Scrubs wasn't strictly storyline driven either. There were narrative arcs but they supported rather than drove the show. What powered Sacred Heart was its characters. This was a programme that captured chemistry and built relationships around the cast and the viewer.

This was a conscious decision, as Zach Braff, who plays the lovable J.D., told Buzzfeed in a 2017 interview.

One of the great things about the show was that Bill Lawrence let us improvise a lot, so we would always get what was written locked down, and then we would just play around. And that’s where some of the audience’s favorite stuff over the years came from — just us all playing around and being silly.

We were such good friends that it was just kind of like anyone watching who has a group of friends who would just joke around and make each other laugh and be stupid together. That’s what we were doing. So a lot of the stuff, like Eagle and all that stuff, was just us fucking around.

Scrubs randomly and seamlessly veered from extremes which made for a gripping experience. It was a sitcom charged with high emotion. That process worked because it all orientated around the people. Whether it be a sidesplitting laugh or tearjerking speech it consistently affected the main characters and by extension, everyone who cared for them. 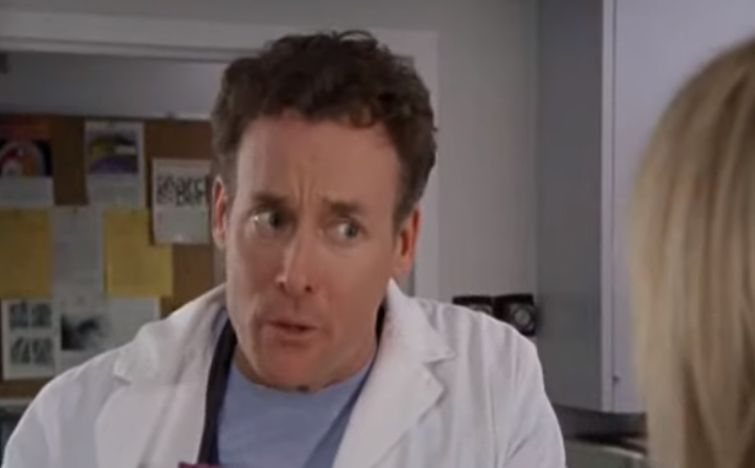 J.D., Dr. Cox, Turk, Elliot, even the janitor. Likeable and relatable in their own way.

The moment that epitomised that was Ben's Funeral.

Brendan Fraser guest-starred as Ben Sullivan, best friend and brother-in-law to Dr. Cox. The 14th episode of Season 3 was his final appearance. Over the course of that season, we learned that Ben is sick.

As J.D. was searching for an answer, Ben shows him pictures he has been taking around the hospital. Except it is not about the hospital. The backgrounds and locations are hardly discernible. These are pictures of people. Expertly framed as the whole shot. Black and white photographs that bring to life various characters. 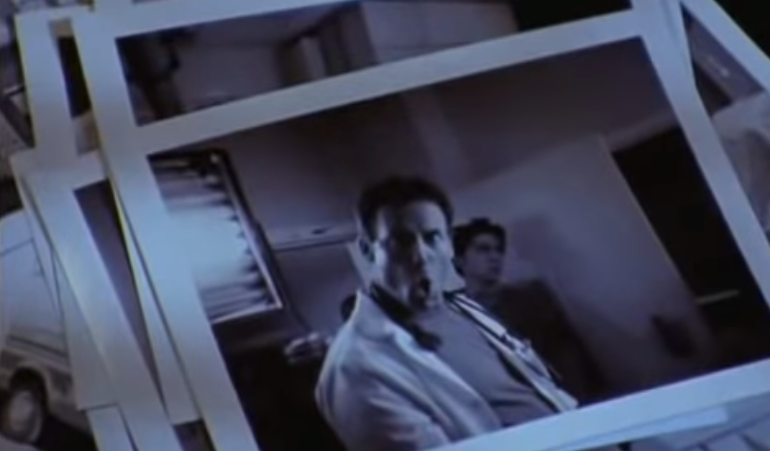 It then becomes clear that Ben has leukaemia. The gravity with which a usually childish J.D. speaks about it stresses that his prognosis is not good.

Episode 14 starts with Dr. Cox and Jordan planning their son Jack's first birthday. Ben's cancer, meanwhile, has gone into remission. But he is not getting check-ups and Cox is trying to encourage him to get checked out.

During the episode, a patient of Cox's goes into cardiac arrest. He is not there and when he returns, J.D. hands him a chart and tells him the patient has died. Despite Ben's attempts to convince him otherwise, Cox blames J.D. and sends him home.

Towards the end, it is time for the party. Dr. Cox enters the shot and Ben is alongside him. Perry was central to so many of his pictures, allowing their relationship to develop as a tale but also as an image. Cox's sorrow at his friend's sickness was obvious through subtle but sublime voiceless acting. Facial expressions or postures that suggested a man in turmoil.

That dejection was our dejection. It was a collective feeling. Every fibre of this show's being poured it over you. Then Scrubs did what it does best. It pilled more sadness on top of that sadness, an avalanche of woe that washed everything in its path away.

"How come you didn't have to get all dressed up?" asks Dr. Cox.

I am dressed up. Do you see any holes in these pants?" comes the reply.

"Listen, there is one more thing you have to do for me?" says Ben.

"You can't keep me from getting drunk."

With a longing look and a brief grimace, Ben look at his friend and says "You have to forgive yourself for what went down the other day."

"You are so annoying," sighs Cox. "Okay, now where's your camera? Are you not going to take any pictures?"

Then J.D. enters and Ben disappears. He was the patient that passed away all along. John Dorian is not here in celebration but commiseration. The surroundings suddenly became clear. They are standing in a cemetery. This is not Jack's birthday party, but Ben's funeral. 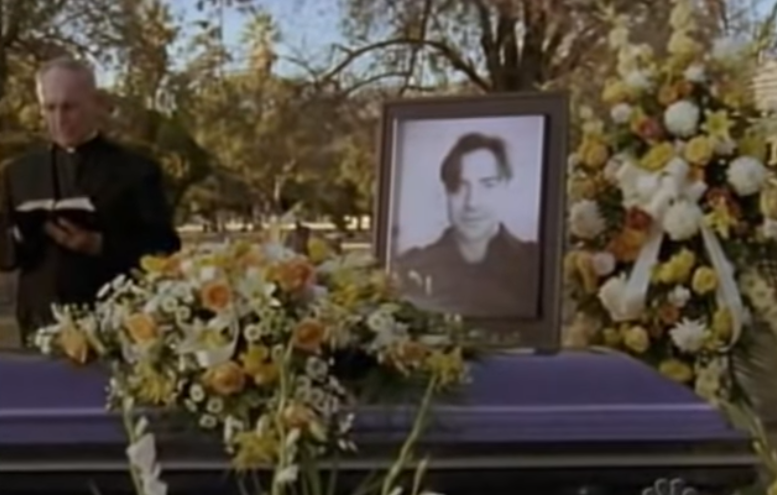 The camera pans to a black and white picture, the background and location are hardly discernable. It is just Ben, in a frame perched on top of a coffin.

Then we see Dr. Cox, utterly heartbroken, uncharacteristically comforted. His tear-soaked face fills the screen. There is no doubting how he is feeling, because everyone watching is feeling it too.