Never before has this island seen such drama. The quarter-finals of our vote for Ireland's Greatest YouTube Video have been eventful to say the least.

Such was the demand, we were forced to extend the polling for an extra hour, with campaign teams around the country desperately canvassing for some last minute votes. From the early stages we could see that Pat Kenny's race was run. He had done well to make the quarter-final but we all knew that 'I'll Have Sex Tonight And Everything' was in a different class.

The rest of ties however, they were too close to call.

The Derby rallied on our website poll too and ran out a comfortable winner in the end.

At 10am this morning, 74 votes separated 'What's Snots?' and 'Man Slips On Ice,' while 72 votes divided 'Eamon Dunphy Calls Out Rod Liddle' and 'Lad ''Fails'' Driving Test.' You could cut the tension with a knife. No one knew which way they were going to go. Even in election headquarters we were on the edge of our seats.

'What's Snots?' was never going to win the Instagram vote but it campaigned well elsewhere. In our office, supporters of 'Man Slips On Ice' rang around to friends, pleading with them to get out and vote. Their calls backfired though as roughly 50% of those they contacted replied "Actually I've voting for 'What's Snots?' in this one."

With Dunphy and Driving Test it was a similar story. Dunphy polled incredibly well, as expected, on Twitter but the Driving Test was winning the hearts of those on Instagram, while also holding its own onsite. However, it wasn't enough. Dunphy's strong onsite vote and, ultimately, his popularity on Twitter saw him just about win out in the end. 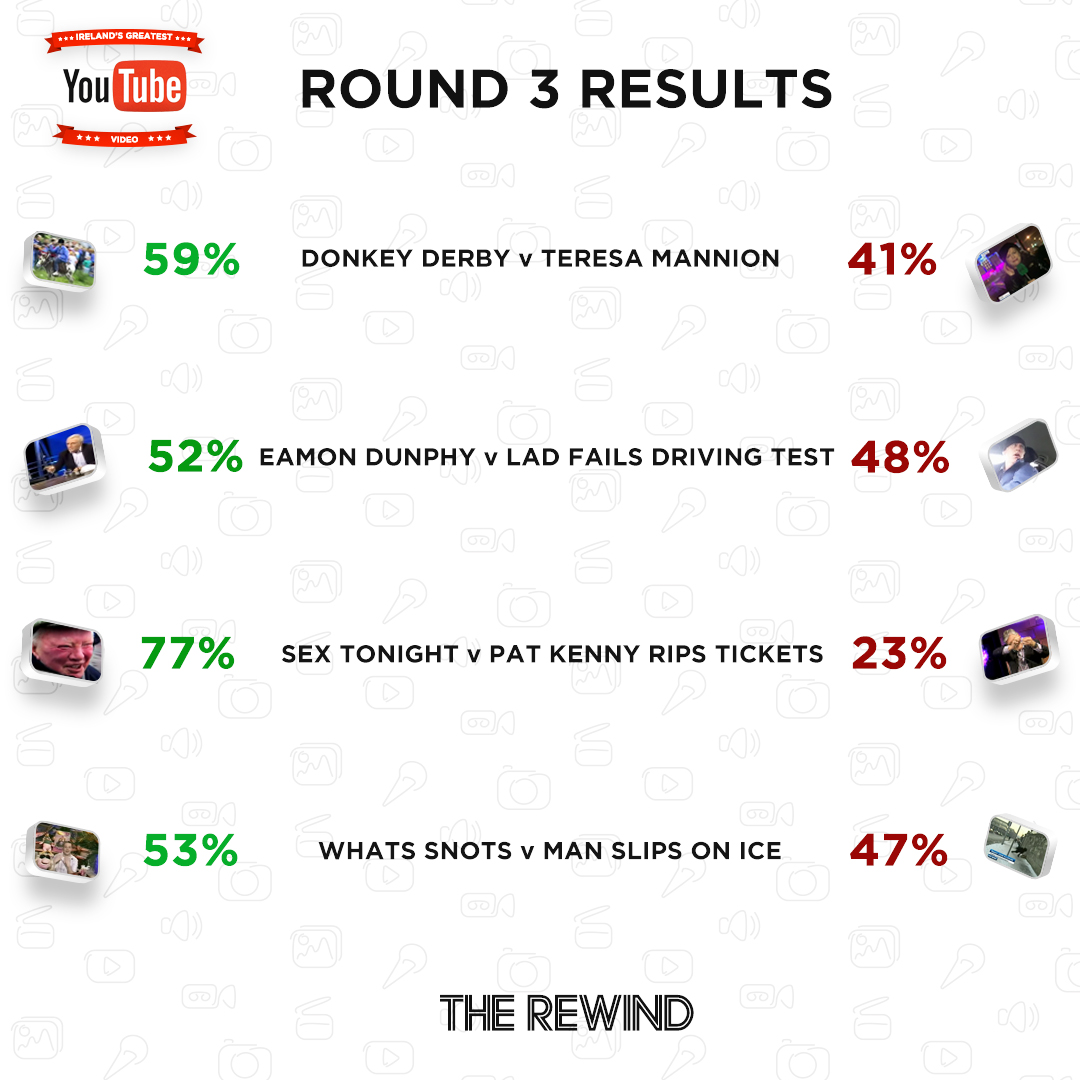 While some will be sad to see their favourite videos knocked out, there is no doubt that we are set for two mouthatering semi-finals, with four very deserving videos.

It's 'Castletown Donkey Derby 1994' vs 'Eamon Dunphy Calls Out Rod Liddle' and 'I'll Have Sex Tonight And Everything' vs 'What's Snots?' 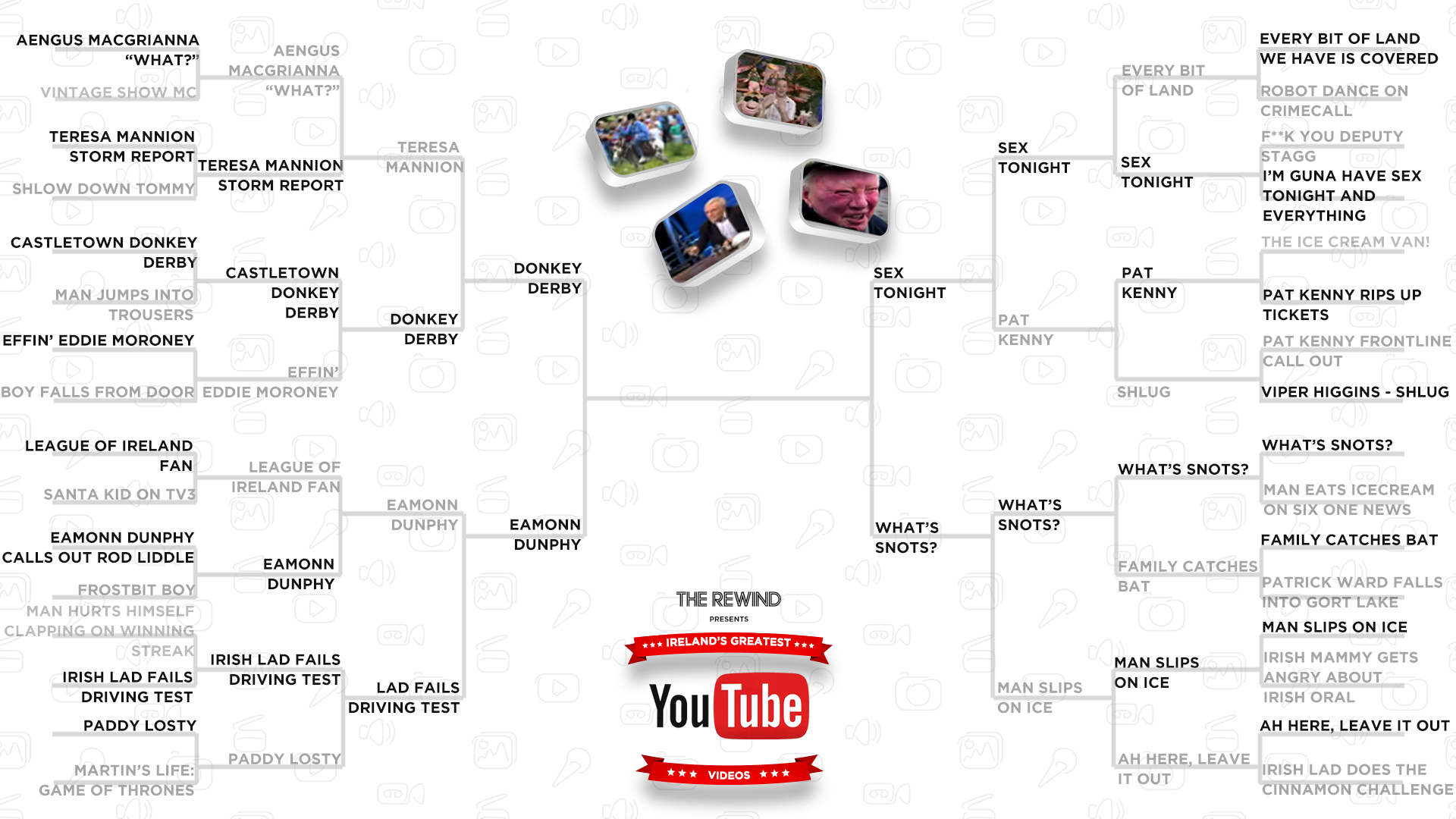 These are two clashes for the ages and to give them the respect and time they deserve we have decided to run a specially extended vote. Instagram polls will close on Saturday afternoon but voting will be open here onsite and on our Twitter page until 12PM ON MONDAY.

We urge voters to please watch all the videos in their entirety before making these important decisions.

Semi-Final 2: I'll Have Sex Tonight And Everything vs What's Snots?

Best of luck to all involved!

The Rewind
1 year ago
By Balls Team
Opinion: Why Amy From Co. Cavan Is The Real Hero Of 'What's Snots'
29