The 7 Greatest Sporting Moments From The Sopranos

The Sopranos is one of the great television series of all time and really set the watermark when it comes to the expansive TV drama. The series has been off our screens for some time yet still stands the test of time and has even enjoyed a resurgence in the last 12 months, especially with a prequel movie just around the corner.

Over the course of six seasons, the HBO show became the darling of many a couch potato.

The show took on many sports in its various storylines, always colourfully depicted in front of the backdrop of a Mafia dynasty. Indeed the central character of Tony Soprano has a background in American football which is referenced throughout the show and as the narrative of the Soprano clan progresses we see these characters come into contact with various aspects of the sporting world. Here are the seven greatest sporting moments of the Sopranos.

Janice Soprano, one of the more annoying characters on the show, shows a short fuse when watching her daughter playing football.

Much like his father AJ Soprano also had a promising career in American football. After warming the bench for much of the game AJ comes on for his team making a telling impact. He is later given the role of defensive captain by his coach but faints as soon as the coach tells him.

5. Junior gets under Tony's skin about his college football days

Tony gets offended after his Uncle repeatedly undermines his college football career. This is the equivalent of scolding the promising minor that could've made county only for the drink got him.

Silvio Dante was one one the more likeable mafiosos in the Soprano mob. He could still lose his temper at times though, with this clip showing him get very hot under the collar over some refereeing decision . He wouldn't look out of place in an underage GAA match with that carry on.

Tony's love of animals is well documented over the course of the show and was evident when he bought a racehorse with his criminal associate Ralph Cifaretto. They named the horse "Pie-Oh-My" and despite some health problems was a successful investment for them. Then out of the blue before a big race a fire in the stables means that Pie-Oh-My has to be put down. Tony visits Ralph and accuses him of starting the fire and what unfolds is one of the best scenes with two of the most fascinating characters in the show.

A light-hearted entry at number two Tony and his consigliere Silvio shadow box to the soundtrack from Raging Bull.

SEE ALSO: The Top 12 Fictional Irish Sportspeople Of All Time 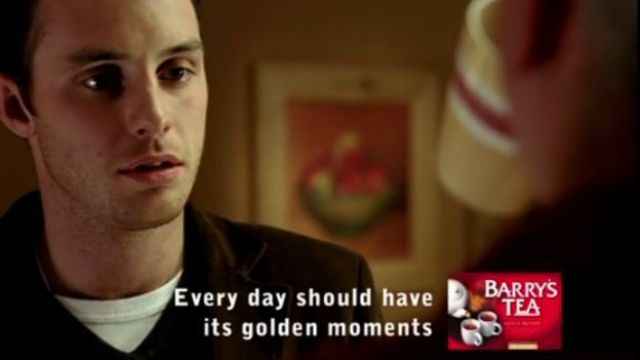 The Rewind
2 months ago
By Gary Connaughton
Trailer For 'The Sopranos' Prequel Is Finally Here And It Looks Incredible
The Rewind
4 months ago
By Fiachra Gallagher
"Guy Was An Interior Decorator!": 20 Years On From One Of The Best Sopranos Episodes
The Rewind
4 months ago
By PJ Browne
New York Knicks Rebooted The Sopranos To Tempt LeBron James
Popular on Balls
Football
18 hours ago
By Eoin Harrington
Watch: Caoimhín Kelleher Penalty Save Helps Liverpool Through To EFL Cup Fourth Round
Football
22 hours ago
By Jonathan Byrne
The Battle Of Old Trafford: Roy Keane On Why Arsenal 'Crossed That Line'
Football
23 hours ago
By Andrew Dempsey
Shay Given Reveals 'Horrendous' Contract Offer That Forced His Celtic Departure