“I don’t like betting on blood feuds,” says Josh Aaronson, the tech-bro Wall Street whizkid played by Adrien Brody whose glass-coated Hamptons mansion provides the setting for the latest showdown between father and son Logan and Kendall Roy.

A Succession episode not high on laughter suggests a darkening of the skies over the Roy clan but the intrigue is high, particularly in Aaronson’s introduction as a shareholder in the family business. A tense hike down the Montauk coastline serves as a reminder that Logan et al’s fiduciary duty is to their stock price, and not the warfare raging behind the scenes and in public.

The stakes are getting higher as the third season moves towards half-time. Both Logan, under FBI investigation and Kendall, the ‘lone wolf’ operating from a high-end penthouse apartment full of expensive advisers, are exposed. Outside forces are descending on them.

Here is an episode to remind of the physical vulnerability of the patriarch, something that was visited in the first season and only rarely touched on in the second. In Josh Aaronson, he comes up against someone who has his intellectual measure, even if Logan has little respect for Josh as a “New York wiseacre”. His declaration that “it’s all upside” gets nowhere, an antisemitic comment falls flat. He is forced to profess his love for his second son, and that Kendall may “be the best one of all of them” in an attempt to win favour, something he goes back on immediately. “You lost,” he hisses to Kendall but chances are he’s in for rough ride, even if he does have the President dancing to his tune late in the episode.

The silences between Kendall and Logan in this episode have been 10/10 acting #Succession pic.twitter.com/dePPlUlJBy

The rebel is forced to face his nemesis in his father, during that hugely uncomfortable set-piece with Josh. “Let’s walk it out,” he tells Logan but it doesn’t prove a successful move for either of them. The country walk almost kills off his dad and he finds himself ganged up on. And on his return to Manhattan, he finds he has been gamed by two further, dangerous old enemies in Sandy and Stewy. The walls are closing in on Kendall, and that usually means chaos of some kind.

“Do you really think that me spitting out Rioja on camera is going to win me the Rust Belt?”

A welcome return for the useless elder son’s political ambitions, as he calculates his push for the presidency can wait four more years while he gains “real-life experience”. He asserts his credentials as a member of the Roy clan by using his father’s reduced circumstances to shake down “the old man”. He also delivers a prime takedown of Shiv’s new highfalutin role. An on-form Connor is one of the best characters in Succession, and his was a fine cameo.

Another star turn from the revived classic schemer, who, in the style of a John Terry or Lee Bowyer, would seem to play his best stuff when performing under severe external pressures. With a threat of prison hanging over him, his marriage with Shiv is now a barely concealed disaster. “They’re calling me Terminal Tom…because I have got cancer of the career,” he complains, but there’s always time to take his troubles out on Greg. “I’d castrate you and marry you in a heartbeat,” he tells his young apprentice. Another tour de force.

the scene where tom tells greg the story of nero and sporus perfectly represents greg and tom’s relationship #SuccessionHBO pic.twitter.com/siJvQnbjcy

“Any big news or vibrations, let me know.”

The position of new president of Waystar Royco created for Shiv appears to have convinced nobody of her worth, as she finds herself blanked by old stagers like Frank and Karl, and by a conference room of editorial staff. In turn, she’s cold as ice, showing no sympathy for Tom’s fears of prison and having to drink “toilet wine”. She is rapidly learning that power wins few admirers though bares sharp teeth in telling the ATN anchor that “we don’t get embarrassed”, forcing him to jettison his editorial principles.

Having pledged to be staunch to Kendall, and to nobody’s surprise, Greg signs up to the Logan cause, having been plied with strong liquor. “What can I get?” he asks Logan, who has had little trouble in steamrollering the lanky naif into taking a deal. A job in theme parks appears the limit of his ambitions, despite holding several cards on his uncle and cousins. However, Greg’s innate slipperiness probably means that won’t be the end of his manoeuvres.

“I am dating and that needs to be understood.”

Keeping Roman in check appears the senior counsel-turned-caretaker-CEO’s role in life these days, and she remains the adult in the room. Talk of a new boyfriend, someone from the Department of Justice, suggests a development of her character beyond wiping up her privileged young admirer’s discourse and discharge.

“We got Kendall’s name tattooed on a hobo.”

Continuing his drive to take brother Kendall down, for what appears the motive of wanting to be the main man himself, Roman gets hold of some serious material for blackmail, only for his million-dollar purchase to be ruled a waste by Gerri. Once again, he takes his father’s side and blames Kendall for his dad’s near-death experience on the hike. Beyond the psychosexual stuff with Gerri, the question of the actual point of Roman has to be raised once more, setting aside his still being the nastiest little bastard of all.

SEE ALSO: Succession Player Ratings - Tom Is Back With A Vengeance 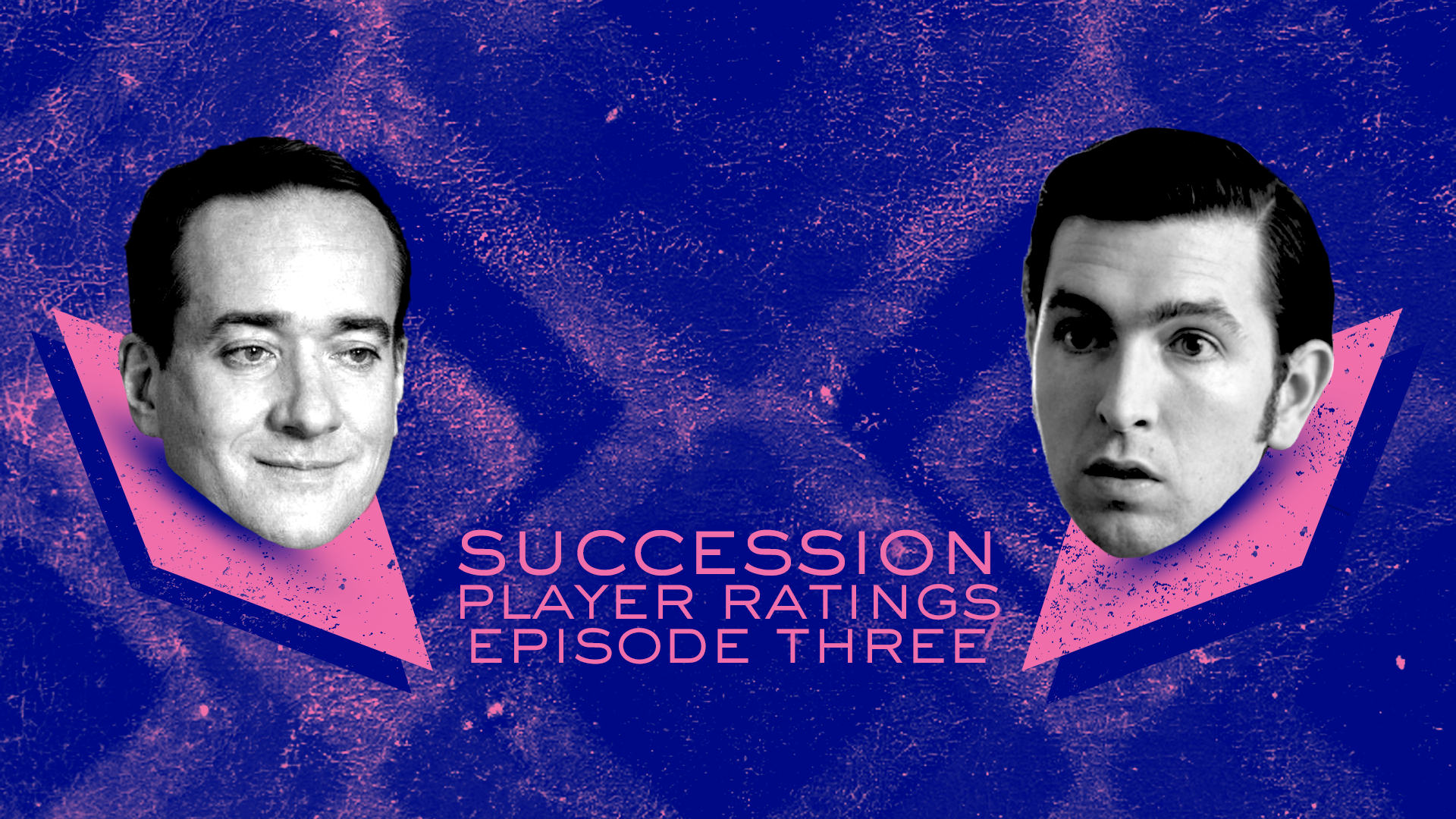