Another crisis, one only averted by a partial loss of power to the Stewy/Sandy/Sandi faction and the unthinkable loss of the use of private jets, the fifth episode of this series of Succession drills down to the inability of the Roy children to realise what made their father so successful in the first place.

Logan Roy is a sick man, an old man. Yet as he visibly fades, his children miss his guidance, even the one who purports to be the rebel in Kendall. Their situation precisely mirrors that which sees Stewy and Sandi kow-tow to a terminally ill, and in-a-wheelchair Sandy.

“We are a complicated coalition and Sandy is the angriest vegetable,” says Stewy rather shockingly. At that moment we are unaware the rival party will soon be going through something similar. Without the ailing patriarchs, a deal of sorts is struck but the chances of a recovered Logan approving are less than zero.

“Elitist and out of touch” is the given reason for the removal of private jets but it could be readily attached to the hapless spawn of Logan.

The madness of King Logan almost costs him his entire kingdom. Waylaid by a UTI and a lack of medication for his ailment, he goes “piss mad”, as his children so delicately call it. His altered state becomes apparent once he asks his security guard for advice on the Stewy/Sandy settlement. But even in the depths of delusion, he retains the ability to both scare and reward his children. And to recognise when he might need to sweeten them up. Taking “a big black light to our semen-stained family scrapbook” is Connor’s latest ultimatum. Logan sees that off with a nod that has his son back in thrall.

“Tomorrow we’re all going to look for a job in the same branch of Target.”

An improved performance from the youngest pretender. Shows a characteristic lack of sensitivity when asking if terminally ill Sandy is a “meat puppet” but is also called into action by Gerri as a proxy and “bootleg Logan” for his father when the president calls in. “You are a really historical figure with a lot to give,” he flannels a raging “Raisin”. As the meeting closes down, it is Roman and not Shiv, who did most of the dealing, who gets an approving slap on the back from Logan. Perhaps his chance of taking the crown is not lost after all.

The eldest son in Succession is using his father’s problems as an opportunity for leverage, while having no time for Shiv, who he rather expertly dismisses as “Madame Secretary”.  He asks for a “really significant role” from his dad to burnish his political career, and then uses Logan’s indisposition to claim he has been offered a major role on the company firm. Perhaps he is a Roy after all. And those ever delicious ambitions of becoming president continue. “Boom shakalaka, hell yeah”, as he celebrates the president’s imminent abdication is perhaps the highlight of the episode.

From sipping a bottle of finest green Goop as he bellows out “hashtag resistance” to the final, ignored phone call to his father, Kendall is a ball of nervous energy throughout. He does a good job of convincing Stewy and Sandy to seek a settlement that only ends up serving his dad before an attempt to publicly disrupt the shareholder meeting falls flat. As seems to happen each week, he closes this episode of Succession all alone, mired in self-doubt. When he reaches for the phone, the question is will it be a drug dealer or his father he puts a call into? It is debatable which would be worse for his mental health.

“If we do come through it’s really one for the memoirs.”

His main function at the meeting is acting as wingman for Logan’s repeated visits to the toilet: “You don’t need me to hold the sceptre?” It is left to him to break the news that his father in law has lost his marbles. Later, an attempt to make use of a “sexy window” to produce a child from Shiv and before “all sex is prison sex” falls flat, and humiliatingly so. His marriage continues to be a terrible mess. It has bought him influence but that only goes as far as his disinterested spouse will allow.

Hers is a display of panicked ineffectuality and ineffectiveness until she manages to rescue a deal from Sandi, her mirror. Shiv then manages to feather her own nest by landing herself a seat on the board in exchange for four seats for the other faction. “The narcissism of this fucking guy,” she says as Kendall stages his latest rebellion. The irony. But in a moment of triumph hailed by Frank as “one heck of a Hail Mary” her father cuts across and confers instead with Gerri, who is becoming something of a nemesis. Watch that space.

“Just how bad will the burning be?”

Is the lanky one ever going to make a move on that glamorous assistant of Kendall? Perhaps that might take Greg’s mind off being a sacrificial victim for Kendall’s ambitions and being deserted by his angry grandfather, Ewan. The family inheritance he expected to receive from Ewan has instead been wired to Greenpeace, though he has plans to rectify that by suing them. As ever, misjudging a situation so viciously only adds to Greg’s charms as a character.

“Much ado about something.”

A fine set of performances from Succession's chorus line of well-numerated lackeys, with Frank filibustering for Boston to delay the shareholders’ vote. The ever venal Karl unsympathetically says it would be “good to get a body there” even when it’s clear Logan is in no fit state to address the shareholders. Instead, once the deal is struck, Karl is only too happy to step in, steal the glory and make the happy announcement. And Hugo is never less than his obsequious, slimy, hilarious self. Gerri, as ever, stays steady as a rock as the smartest guy in the room but may soon find herself being Shiv-ed out. 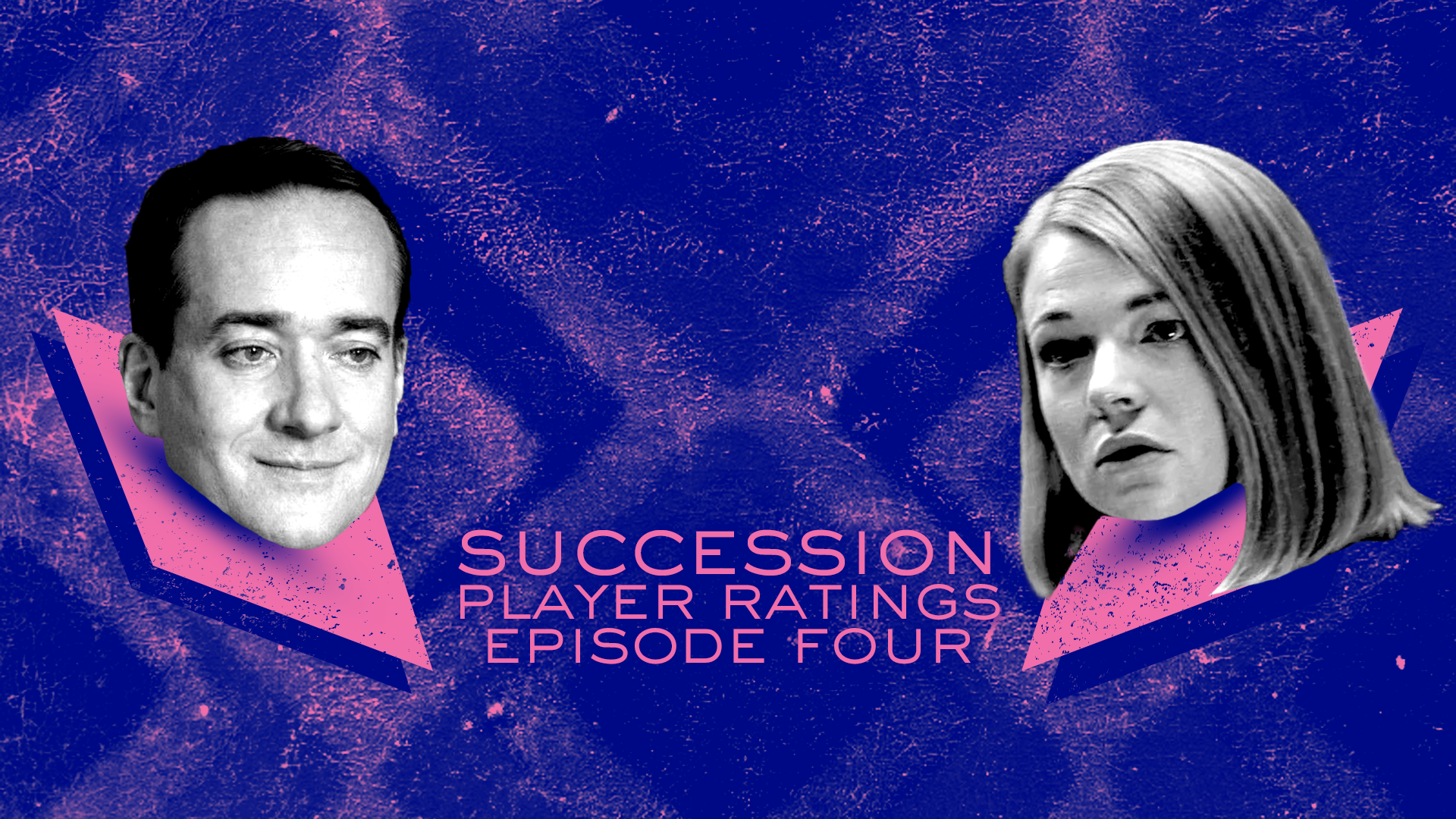