This New Show About Swearing In Ireland Looks Fecking Brilliant

You can't go wrong with a good RTÉ documentary, and this Sunday's offering looks like a belter. Ardal O'Hanlon is taking the helms as host of Holy F*** - an irreverent look at swearing, and Irish society's fascination with it.

The new show looks at the links between swearing and science, culture, Irish language, history, linguistic evolution, religion, and sport to try to answer why we swear and whether Irish people do in fact swear a lot.

Father Ted star Ardal O'Hanlon is the host of the show, and he'll attempt to get to the bottom of all of our burning questions about swearing, like why do we swear? Do Irish people actually swear a lot? And, of course, the most important of all: is swearing a sign of intelligence?

The documentary has been produced by Loosehorse, the company behind previous RTÉ documentaries like Giles, Micko and the amazing Boys in Green. The documentary reunites O'Hanlon with director Gerry Hoban, who he worked with on the documentary Guess Who's Dead in 2014.

Over the course of the hour long programme, O'Hanlon will meet with plenty of recognisable faces to discuss their relationship with swearing.

Live Aid organiser and musician Bob Geldof is among his guests. Geldof famously dropped an F-bomb to millions watching the 1985 concert on TV, and he will recall his memories of that incident on Holy F***.

Tommy Tiernan recently had a great chat with Ardal O'Hanlon on his chat show, The Tommy Tiernan Show, and the two are reunited for Holy F***, as Tiernan discusses how he uses swear words on stage. Dublin Lord Mayor Hazel Chu, writer Lisa McInerney, and GAA referee Pat McEnaney all also appear. 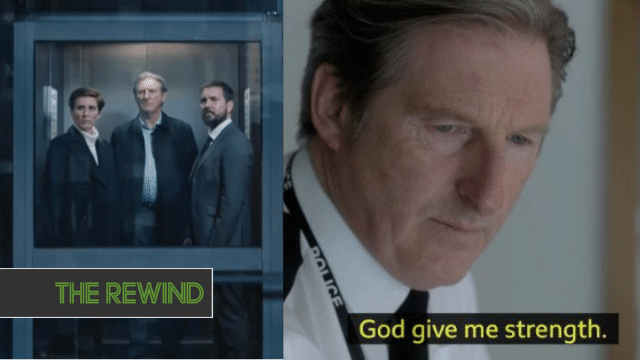