The Best And Worst British Media Coverage Of The Ballymurphy Verdict

The verdict was resounding and a triumph for the families of the victims, who have campaigned for justice for nearly 50 years. These ten people were not 'terrorists' as alleged, but innocent civilians. The verdict raises very troubling questions about the role of state violence during the Troubles.

"The world is being told now what we knew all along," a woman told the Irish Times after the announcement of the verdict.

As the UK grapples with whether it should prosecute former soldiers for crimes committed during the Troubles, it was eyeopening to track some of the reporting in the UK media on Ballymurphy yesterday.

The BBC News Northern Ireland's initial online report on the verdict was widely criticised for its tagline. Section 4 of the BBC's editorial guidelines say that it is 'committed to achieving due impartiality in all its output' but impartiality can sometimes function as a shield. Language like 'in the wake of an Army operation' was criticised for softening the impact of the coroner's ruling. Many also argued the verb 'killed' was inappropriate given the ruling essentially said the 10 innocent people were murdered.

Ten people killed in #Ballymurphy in west Belfast almost 50 years ago in the wake of an Army operation were innocent, a coroner has ruled.https://t.co/rJW3Ez1bum pic.twitter.com/TLs6XbTcoo

This is not to criticise all BBC reporting on Ballymurphy: yesterday's Evening Extra on BBC Radio Ulster from Ballymurphy was incredible radio. But it was notable that the inquest's findings were not covered in detail on Newsnight, the BBC's flagship current affairs programme, last night.

Not the opening to news at 10 you expect pic.twitter.com/iWXkNdplfC

Tonight Channel 4 will rebroadcast Callum Macrae's documentary 'Massacre at Ballymurphy' which is one of the most thorough and powerful accounts of what happened that day in 1971.

Very pleased to say that Channel 4 will be rebroadcasting the 90 minute TV version of #TheBallymurphyPrecedent (called "Massacre at Ballymurphy") at 11.05 on Wed 12th May - the day after the Coroner issues her findings on the Inquest into 10 of the deaths. @ballymurphy11

Meanwhile Ann Cadwallader has penned one of the best meditations on the ramifications of the verdict for the Tribune. She writes:

It’s clear, therefore, that although the British government appears committed to tying a legal ligature around the necks of bereaved families, they—along with the human rights groups and victims’ campaigners who support them—will fight on through to get to the truth, however long it takes.

London may wriggle and squirm to avoid responsibility for its past role in Northern Ireland, but it cannot deny families and avoid the truth forever.

Try as it may, the British establishment cannot wish away the Troubles. Verdicts like the one yesterday prove that the British state still has much to reckon with in terms of its role in the Troubles. 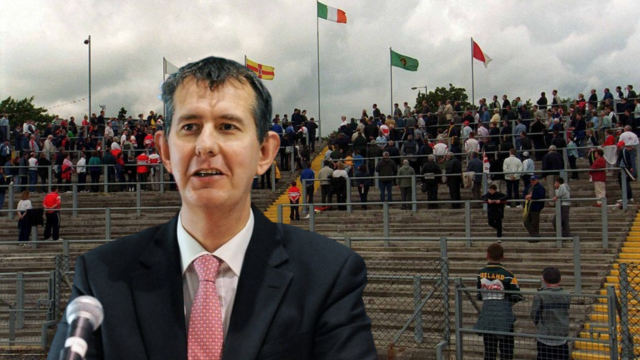 The Rewind
1 day ago
By John Brewin
Succession: We're Doing Player Ratings For Every Episode Of Season Three
The Rewind
4 days ago
By Jonathan Byrne
How Father Ted's Over 75's Match Paved The Way For Squid Game
GAA
1 week ago
By Gary Connaughton
Irish Star Of 'The Chase' Reveals GAA Club Helped Get Him On Quiz Show
Previous Next