The Friends reunion has come and gone. It passed mostly without incident bar one very strange development. It turns out that in the past 20 years, Matt LeBlanc - once upon a time, a handsome Italian-American - has evolved into your uncle.

And not just any uncle, but your trapped-in-the-past uncle who always has a snide remark to pass.

Wearing a just-too-small striped shirt that you can only purchase in Dunnes and what looks like bootcut Wranglers, LeBlanc stunned Irish audiences in the Friends reunion with a muscle-y, cross-arms posture that you only see at bar counters and carvery tables in the Midlands.

Americans don't cross their arms like that. No one outside rural Ireland does. What's Joey playing at here?

The Irish internet has reacted in the only way possible. With memes.

Are ya still at the writin’ are ya? pic.twitter.com/g734fdCs2Z

‘And you paid for them jeans like that ya did, with all them holes already in them?’ pic.twitter.com/mpKFmuevfM

Are ya still at the writin’ are ya? pic.twitter.com/g734fdCs2Z

Matt LeBlanc looking like he won the raffle at the quiz and he's after sending the grand-niece up with the ticket to collect the prize. pic.twitter.com/66ENcJHySc

Last one but Matt LeBlanc fully looks like you could throw him in full forward for the last ten minutes of a Junior B match and he’d still be well able to do a job for ya pic.twitter.com/sxgcIpuhgO

and would you do most of the footing yourself now or have ya help? pic.twitter.com/RQjflkRv1e 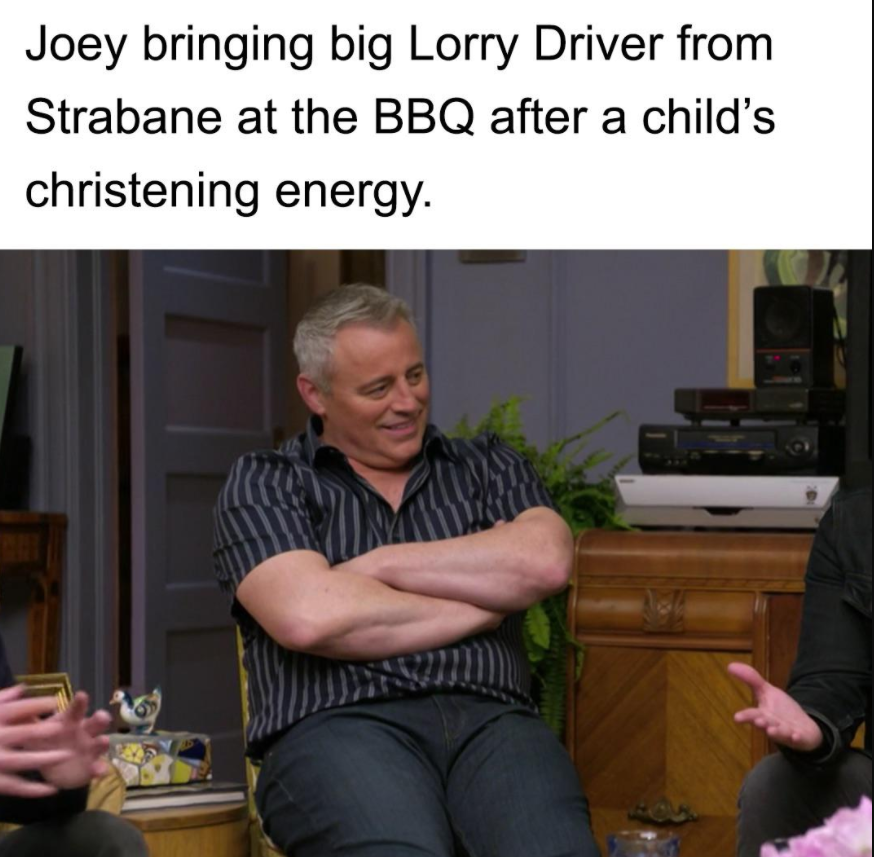 Why does Matt LeBlanc look like he’s about to tell you he reckons we should sign Shane Long?

“Proper striker him, don’t make them like that anymore” pic.twitter.com/OAhIeZFmtr

There's actually too many quality efforts here to include. It turns out LeBlanc is dating Aurora Mulligan, a filmmaker from Fermanagh, so maybe this is not accidental at all.

Most reviews of the reunion itself see it as a 'mixed bag'.

According to the Guardian:

It’s a clip show, it’s an interview show, it’s a celebrity talking heads show. And, as you’d expect from a format this muddled, some of it worked better than others. For every moment that managed to be genuinely touching, there was another where it felt like everyone was simply letting the clock run out.

The Independent found more joy in it.

Friends: The Reunion doesn’t quite justify its existence, but it still goes down easy. We’re at a moment in pop culture where time seems to bend in on itself with regularity. Every bit of completely middlebrow entertainment from 20 years ago gets spoken about through rose-tinted glasses now, from the internet’s endless fixation on Shrek, to the bizarre craving for Ben Affleck and Jennifer Lopez to get back together. But Friends actually was a big deal. Hell, it still is.

SEE ALSO: Quiz: How Well Do You Know Joey Tribbiani? 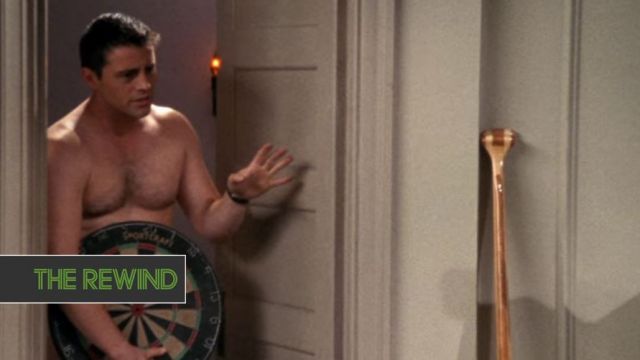