The Best Music Movies To Stream In Ireland

Whether it be a musical, a "rockumentary", or a biopic, you can't beat a good music movie - so we've done the rounds to find the best music movies to stream in Ireland.

We scoured the offerings of Netflix, Amazon Prime Video, Now TV, and Disney+, to try and find the best from the world of music, and we have a list of 18 below. Remember that you will need an active subscription for each streaming service to watch these movies.

So, without further ado...

The best music movies to stream in Ireland

Tensions rise when trailblazing blues singer Ma Rainey and her band gather at a recording studio in Chicago in 1927.

The original Broadway production of the award-winning musical that tells the story of Alexander Hamilton, first secretary of the treasury, blending hip-hop, jazz, R&B and Broadway styles, filmed from the Richard Rogers Theater in New York.

While navigating their careers in Los Angeles, a pianist and an actress fall in love while attempting to reconcile their aspirations for the future.

A revealing look at the meteoric rise of seminal '90s rock band Oasis, weaving never-before-seen concert footage with candid interviews and a firsthand account of the backstage sibling rivalry that threatened to destroy the band.

When aspiring musicians Lars and Sigrit are given the opportunity to represent their country at the world's biggest song competition, they finally have a chance to prove that any dream worth having is a dream worth fighting for.

The infamous story of Benjamin Barker, aka Sweeney Todd, who sets up a barber shop in London which is the basis for a sinister partnership with his fellow tenant, Mrs. Lovett.

A musical fantasy about the fantastical human story of Elton John's breakthrough years.

In 19th-century France, Jean Valjean, who for decades has been hunted by the ruthless policeman Javert after breaking parole, agrees to care for a factory worker's daughter. The decision changes their lives forever.

The band Coldplay discuss their band, music, and rise to fame.

A struggling musician realizes he's the only person on Earth who can remember The Beatles after waking up in an alternate timeline where they never existed.

In an alchemic mix of fact and fantasy, Martin Scorsese looks back at Bob Dylan's 1975 Rolling Thunder Revue tour and a country ripe for reinvention.

The story of a bride-to-be trying to find her real father told using hit songs by the popular 1970s group ABBA.

A jukebox musical in which a young English poet falls in love with the star of the Moulin Rouge in Paris.

The rap group NWA emerges from the mean streets of Compton in Los Angeles, California, in the mid-1980s and revolutionizes Hip Hop culture with their music and tales about life in the hood.

After being kicked out of his rock band, Dewey Finn becomes a substitute teacher of an uptight elementary private school, only to try and turn his class into a rock band.

A Star Is Born (Netflix)

A musician helps a young singer find fame as age and alcoholism send his own career into a downward spiral.

So, there you are, 18 of the very best music movies to stream in Ireland. If these don't make you want to learn how to sing or play an instrument, frankly we don't know what will.

SEE ALSO: Here Are 11 Of The Best Series To Watch On Disney+ 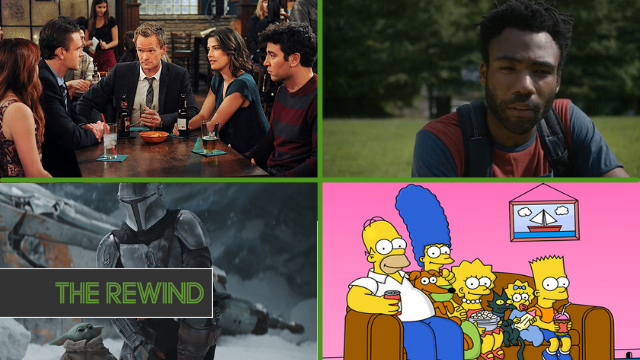