On this day in 2004, one of the most momentous moments in 21st century Irish pop music occurred. Brian McFadden - then known as Bryan McFadden - left Westlife.

How could this be? The boyband were on a tear in Ireland and the UK, and were three weeks away from embarking on their fourth world tour. Having sold 32 million singles worldwide and had twelve UK number ones, five was to become four.

Louis Walsh plus Kerry Katona and the other 'Westwives' assembled in a Dublin hotel for this landmark announcement. An incredible clip from the RTÉ Archives brings us back to this day seventeen years ago, and here are five things of the maddest things to come out of it. 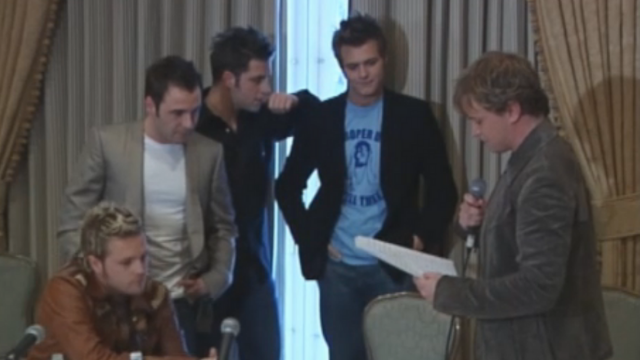 When rumours started to circulate about Bryan's departure, the band arranged a press conference. The setting was the Four Seasons Hotel in Ballsbridge, now the InterContinental Dublin. The band were set up on what looked like a top table of a wedding. You had the padded floral chairs, the fancy curtains acting as a backdrop and too many glass bottles of coke knocking about. It reeked of Celtic Tiger Ireland decor.

2. The suit jacket and T-shirt combo 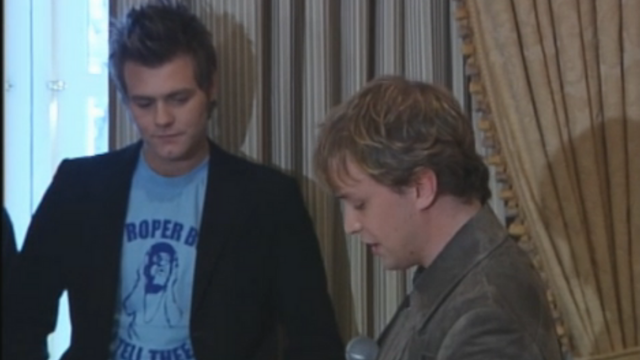 This was a classic back in the day. If you're rocking a suit jacket or a blazer, and wanted to look smart casual, throw  aT-shirt under it and you're flying (without wings). Shane and Cian were sporting white t-shirts and a beige/light brown jacket combo. Bryan, on the other hand, committed fashion sacrilege with a blue t-shirt and black blazer, finished off with a pair of baggy jeans. Brendan Courtney wouldn't be impressed.

The highlight of the event was CKian Egan reaching deep into his soul to deliver a speech from the heart, as the other members gathered around him.

"We’ve shared laughter, tears, success, weddings and babies, but most of all we’ve shared our dreams." It was poetic stuff.

Then, all of a sudden, a reporter's Nokia phone went off. It did little to sway Cian, but Nicky Byrne was seen giving daggers to the reporters. Not a good move.

4. The devastated fans outside the hotel 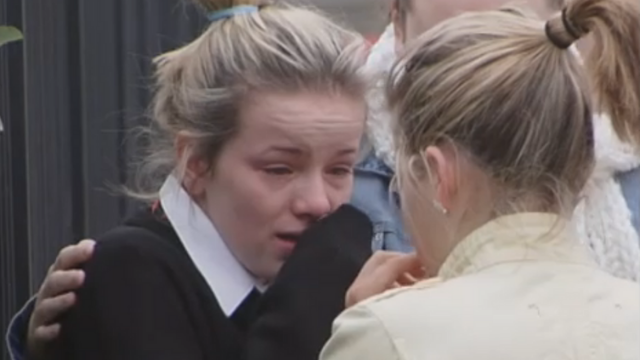 This was hard to watch. Slews of young fans were seen being consoled outside the hotel with tissues in each hand. It's hard for any fan to endure their favourite group splitting or a band member leaving, but this lot took it to heart. One fan said, "I didn't think it would hit me this hard but it's kind of like, a part of history ... it's just devastating." We feel ya. 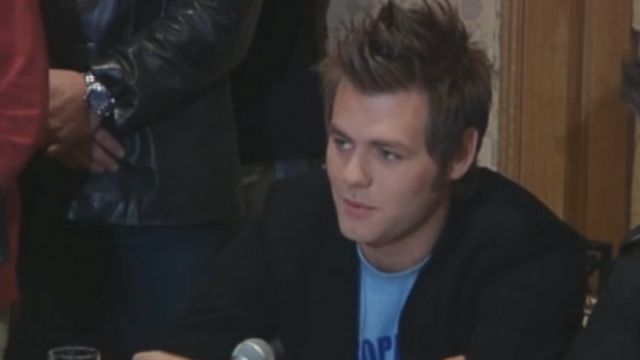 When Bryan left the group initially, he cited the hectic schedule and work/life balance as the biggest factor as he was raising a family. A few months later, he'd changed his name back to Brian and was in the studio recording tracks for a solo album entitled 'Brian'. At the time, he was married to one of the most famous women in the UK. His star was on the rise. McFadden wasn't starved of success when he went out on his own, landing several number one singles. But there's no arguing the fact that McFadden was outshone by his former band in the following years.

Everyone was predicting the end of Westlife with McFadden's departure. One distraught fan summed it up best to RTÉ. She said, "I really don't think they'll last without Bryan." How wrong everyone was.  Westlife remained a powerhouse. McFadden couldn't sustain his fame without the group. No one would have predicted that in 2004.

See Also: The Irish Charts Has A Strange History Of Number Ones On This Day 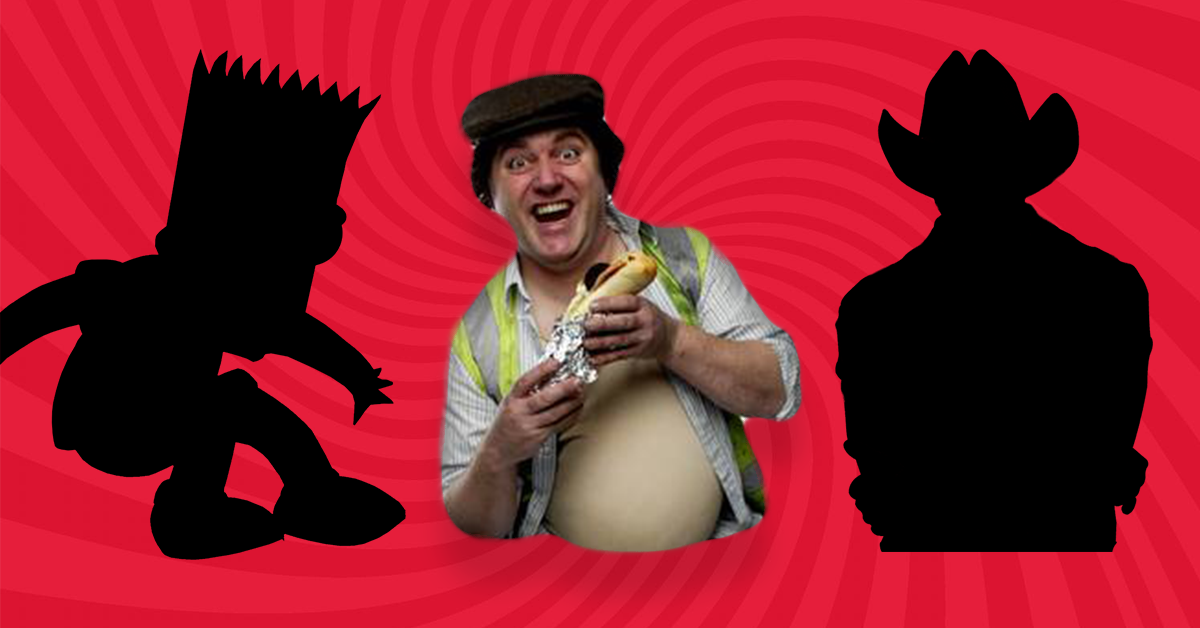