The Irish Chaser Made His Debut Tonight On The Chase

It's massive day in the history of the Irish on UK televeision as Irishman Darragh Ennis made his long-awaited debut as a Chaser on the Chase. Ennis becomes the programme's sixth Chaser, and first Irish chaser.

Ennis, of course, is a former contestant on the programme turned Chaser. He had a star turn on the programme back in 2017 with a massive cash builder round. The shoe is on the other foot now and he's going by the nickname the 'Dublin Dynamo' or 'The Menace', as in D. Ennis, The Menace'. He might have also been the first Irishman to wear a bolo tie on television.

Ennis is a 47-year-old postdoctoral research student at Oxford from Dublin. Viewers compared Ennis to everyone from Kevin Keegan to Screech from 'Saved by the Bell' to Nigel Bates.

It had been a long wait for Ennis's debut. Ennis was announced as the programme's sixth Chaser back in April, and viewers were promised his arrival sometime in the autumn season. Ennis's debut came today with just a few episodes left in the 2020 series.

In the end it was a triumphant debut for Ennis, after a slow start. He finished off contestants Clint and Rachel in the final round with seven seconds to spare, with five pushbacks.

Ennis's work at Oxford goes on around the show. If you want a sense of knowledge of science, here's his work bio:

I am Ilan's lab manager and also a postdoctoral researcher, and I have been in the lab since 2013. In the Davis lab I am working as part of a team on a wide-ranging RNA localisation screen. This screen is based in the Drosophila nervous system and I am working primarily on screening the larval brain. Prior to this project I had worked on another screen project in which we collaborated with several other research groups from across the world. 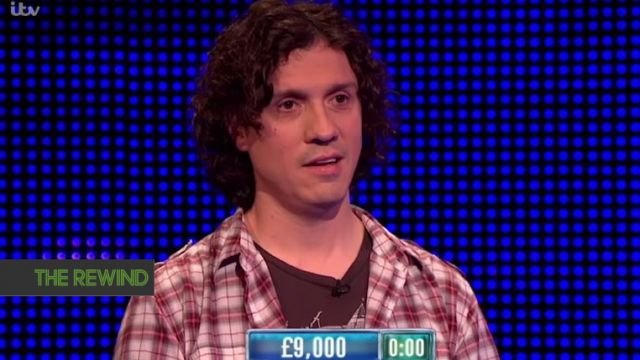 The Rewind
1 month ago
By PJ Browne
Watch: Dom Joly Gets Better Of Five Quiz Masters On Beat The Chasers
78