'The Last Dance' Producers Have Found Their Next Documentary Subject

It's been a few days for wrestling fans, with news breaking of yet another intriguing documentary that is in the works. Last week we covered the WWE's announcement that Netflix are currently working on a huge Vince McMahon multi-part doc, and now there is news that his greatest (on-screen) adversary is the subject of the The Last Dance producers' next project.

Stone Cold Steve Austin will follow in the footsteps of Michael Jordan, after former WWE ring announcer, Lilian Garcia revealed all in an interview.

Garcia was speaking to Chris Van Vliet, when she explained that her interview with Austin, on her own podcast, Chasing Glory, inspired The Last Dance producers to pursue him as their next subject.

She told Van Vliet: "WWE reached out to me first. They were like, 'The producer from The Last Dance is going to reach out to you. They want you involved in the documentary.'

"I was like, 'Wait, what?' So, I end up getting reached out by them — and it was funny because my husband and I were currently watching that documentary as this message was happening. So when Jake [Jacob Rogal] reached out to me, I'm like, 'Jake, I'm literally watching your documentary right now. This is amazing.'

She continued: "[I] Come to find out, they want to do a documentary for Stone Cold Steve Austin, and it's coming out next year."

Garcia explained that, while Austin has been the subject of a few documentaries already, the producers were inspired to do something a little different with him, because of what was discussed when he was on Garcia's podcast. And they also wanted her to be interviewed as part of it.

"He said 'We'd never heard the story of him being so shy as a kid that he couldn't even order from The Dairy Queen ... And to see what he has become is so inspiring.'"

Although there's no detail on whether this will be a multi-part series, similar to The Last Dance, between this and the McMahon documentary, there's a lot to look forward for Attitude Era wrestling fans. 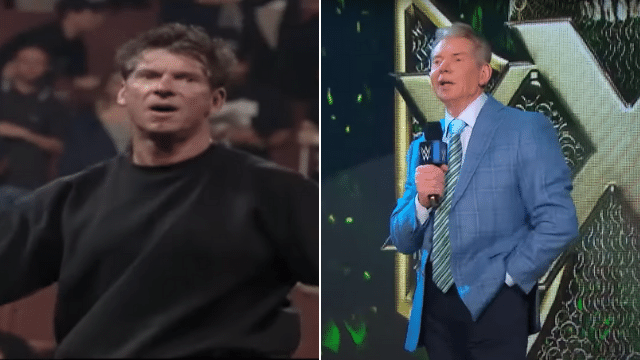 The Rewind
6 months ago
By Mark Farrelly
One The The Best Wrestling Documentaries Ever Is Now On Netflix
American Sports
1 year ago
By Balls Team
Watch: Emotional Becky Lynch Announces She's Pregnant
The Rewind
1 year ago
By Gary Connaughton
The Big Show Just Released A Family Sitcom On Netflix And We're Very Confused
Previous Next