10 Reasons To Re-Watch The Wire

More than a decade after its final season aired on HBO, The Wire remains one of, if not the best TV drama ever made. Arguments can be made for the likes of Breaking Bad or The Sopranos, but most people who have seen The Wire would rank it in their top five.

Described as an 'anti-cop drama', it was created by David Simon who leaned on his background as a journalist for The Baltimore Sun, along with the experiences of former detective and school-teacher Ed Burns. The show was ground-breaking in its authenticity, pacing and grit. It depicted Baltimore as a broken city, failed by its major institutions, where the lines between the true heroes and villains were always blurred.

The five seasons originally aired between 2002 and 2008, but it was mostly in the years that followed where it created a huge buzz as a box-set series that established its popularity as an all-time classic of the genre.

All five seasons are available to stream on Now TV's entertainment pass. If you were a fan the first time around, 2020 is probably the perfect year to put the hours into a second viewing, so here are some reminders as to why it is worth your while.

The show follows a different theme in each season, so it was a clever move to use a different version of the same theme song for each. 'Way Down in the Hole' was originally written by Tom Waits, who performs the version of the song used in Season 2.

The songs by DoMaJe (Season 4) and Steve Earle (Season 5) are definitely sub-par in comparison to the first three, which includes the great Season 1 effort from old festival favourites The Blind Boys of Alabama. Waits' booming vocal in Season 2 is great, but it's a rung below the version from The Neville Brothers (not to be confused with Gary & Phil) used in Season 3, which is a straight-up banger.

Remember When Idris Elba Used To Be Cool? 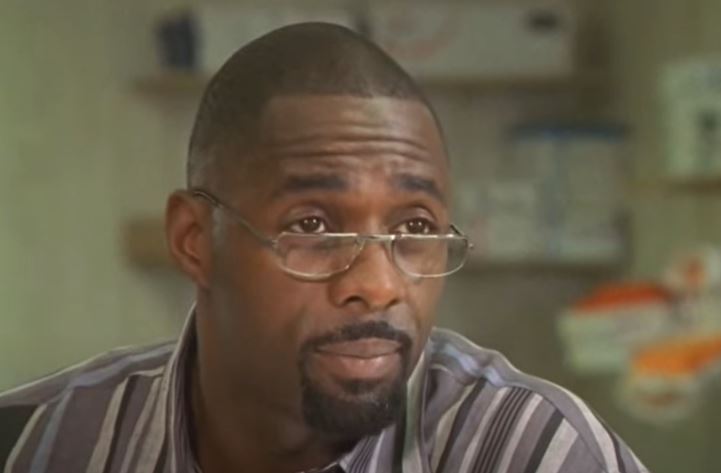 Long before he was known for making an absolute show of himself in those awful ads for Sky TV, Idris Elba was actually a brilliant actor who made for some compelling on-screen characters, none more so than Russell 'Stringer' Bell. His breakout performance in The Wire was so good that it made the reveal of his often grating public persona (slightly too-cocky Londoner) all the more surprising.

Stringer is the architect behind the all-powerful Barksdale drug empire, who constantly wrestles with his urge to break free from the 'street game' and legitimise himself as a businessman. This conflict is captured perfectly when his attempts to educate his crew about the the elasticity of demand - which he learns from his economics lectures - fall on deaf ears, much to his annoyance. 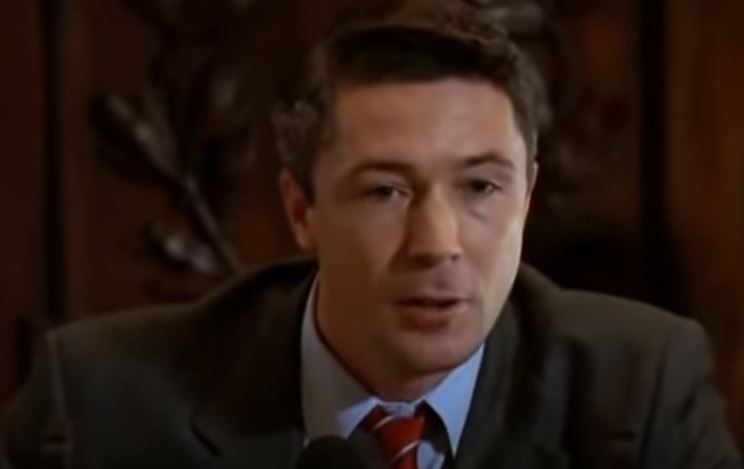 Elba wasn't the only major name to emerge from The Wire. The likes of Michael B. Jordan (Wallace), Dominic West (Jimmy McNulty) and Aiden Gillen (Tommy Carcetti) all made their breakthrough performances in the series, and have gone on to do big things in their careers since.

McNulty is the stand-out character of the bunch and probably the closest thing to a central character in the whole series, as the focus of the show weaves in and out of a vast array of personalities and settings across the city of Baltimore. His obsession with delivering 'real police-work' in the face of a failing, stats-driven police department, while mostly on a diet of Irish Whiskey, positions him as one of the flawed heroes that the story builds around.

One of the few complaints that some people make about The Wire is the difference in quality between each season, particularly as the focus shifts to a new theme each time and new characters are introduced along the way. The majority of fans would rank Seasons 1 and 3 as the best of the bunch, both of which focus primarily on the pursuit of the Barksdale crew.

As a complete end-to-end story, Season 1 is probably the best of the lot, although the peak of the entire show comes towards the end of season 3. The other three seasons have often suffered by comparison - particularly Season 2 - which looks at the Baltimore dockers as a depiction of 'the death of labour' in the city, and is a brilliant story in its own right. If you weren't a big fan of Season 4 initially, which centres around four teenage kids and the Baltimore school system, it definitely improves on second viewing.

The only real dip in quality comes in Season 5, where McNulty's phony 'homeless serial killer' angle goes a bit too far beyond the boundaries of believability, but there is still more than enough in each season to make a re-watch worth your time. 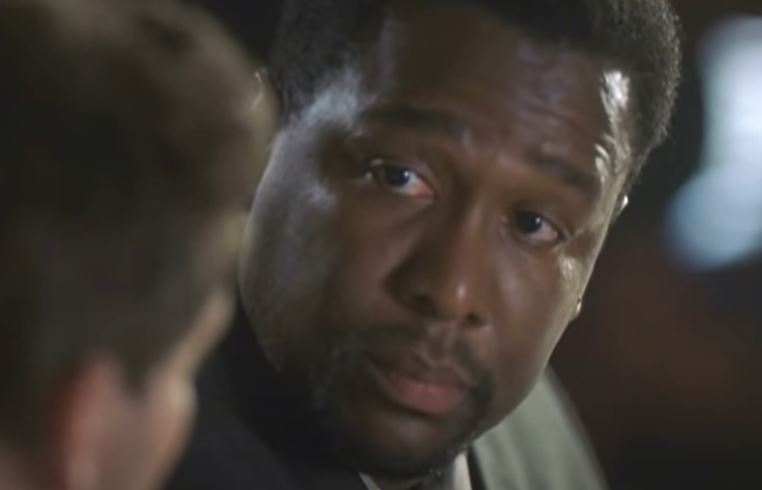 People's obsession with The Wire was all encompassing first-time around, so if you go again, don't be surprised to find yourself using terms that are not all that common on this side of the Atlantic, and applying them to everyday situations you find yourself in.

Sending your younger brother or cousin on an errand and describing them as one of your 'hoppers', replacing toilet roll on the holder and describing it as a 're-up', and ordering a 'package' from your local Chinese are perfectly acceptable when you are deep in the re-watch.

And if you have a friend called Jimmy, make sure you address them as 'JIMMMAAAAYYY' in tribute to the often heavily intoxicated Bunk Moreland (a surprise St. Patrick's Atheltic fan).

The Wire boasts such a huge cast of brilliant characters that it is always difficult to pick a favourite.

It's easy to remember the key characters like McNulty, Bunk, Stringer, Avon, Lester Freamon, and Omar, but the second viewing brings back a long list of supporting players who captivated us then and are just as entertaining now. The likes of Proposition Joe, Wee-Bey, Bunny Colvin, Slim Charles, Chris & Snoop from the Stanfield crew, along with many others, produce so many amazing scenes and moments that it's like welcoming back old friends that you had long forgotten about.

The Wire was a game-changer in the world of long-form storytelling on TV. The pace of the show ebbs and flows throughout, keeping you enthralled along the way. The stories are so well-crafted that when the show peaks at moments of high drama, there are very few other series that can come close.

Two of the most memorable high points come in the episode 'The Cost' in Season 1 where Detective Greggs goes undercover with the Barksdale crew, and the penultimate episode of Season 3 - 'Middle Ground' - where Omar and Brother Mouzone form an alliance to go after Stringer. 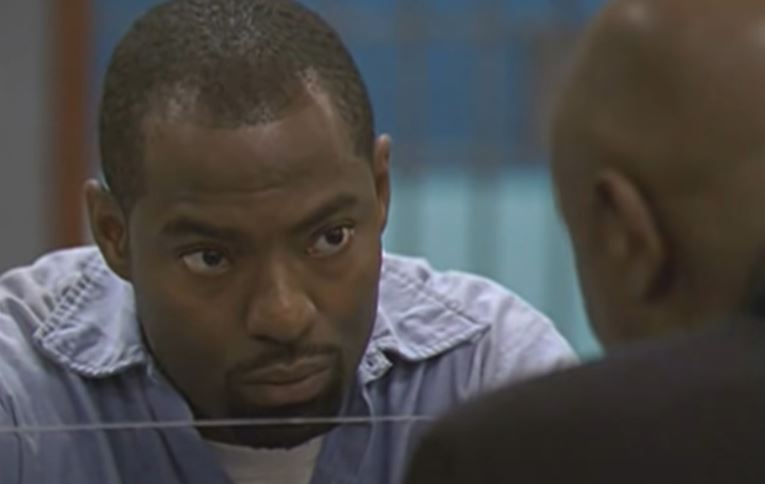 The over-riding theme of The Wire is the deep dysfunction found in many parts of American society. The failure of corrupt institutions to protect the people is laid bare, not just in the Baltimore police department, but also the city's media, political and education systems.

It's striking when you consider that the social issues that this show was based on when it was devised 20 years ago, issues which had been prevalent for decades previous to that, are still at the forefront of the political climate in the USA to this day. 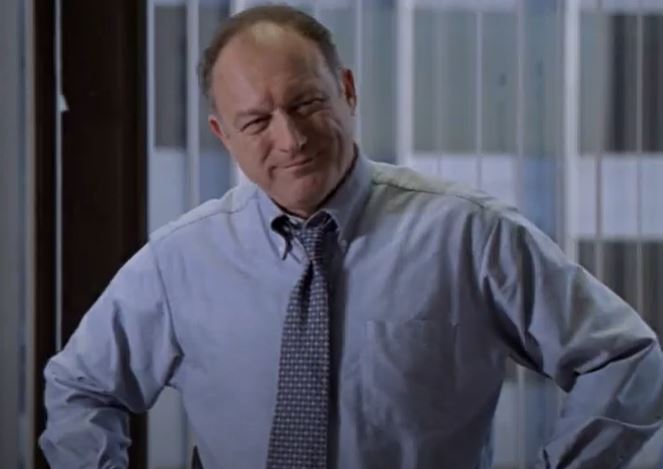 You, McNulty, are a gaping asshole. We both know this.

Most scenes involving Rawls and McNulty are worth watching again and again.

The Baltimore City Police Department sure know how to throw a wake. 'Body of an American' by The Pogues is a recurring song throughout the series, as the Irish-American police ritual of saluting the dead with a triumphant whiskey-fuelled sing-song brings some moments of joy to an otherwise gritty depiction of life in Baltimore.

Quiz: Can You Name All 15 Supporting Characters From The Wire 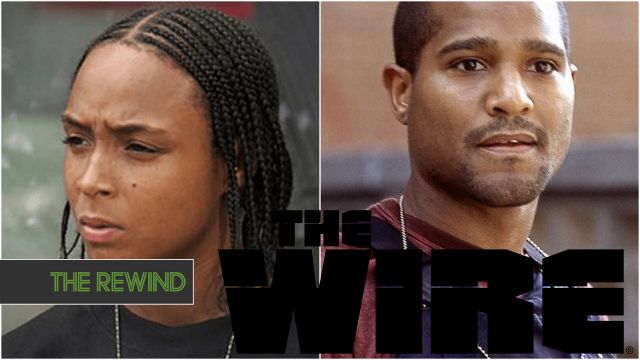