Warning: There are major spoilers for Spider-Man: No Way Home ahead. Although we're assuming that, if you clicked on the headline that said Tobey Maguire and Andrew Garfield had returned, you're probably okay with spoilers.

Ever since Spider-Man: No Way Home was released last month, we've been waiting patiently to hear from the three Spider-Men at the movie's heart in the same interview.

This week, we finally got just that, as Tom Holland and the returning Tobey Maguire and Andrew Garfield joined up with Pete Hammond on the official Spider-Man YouTube channel to discuss the most recent film.

The most intriguing things we heard were Tobey and Andrew's explanation of why they chose to return to their old roles - and some hints that they may yet be back again.

The arrival of Andrew Garfield and Tobey Maguire in No Way Home was a real pinch-me moment for Marvel fans, especially those who grew up with the original Sam Raimi trilogy of Spider-Man movies.

The combination of the two older generations of Spider-Men with the new face of Tom Holland was a thrill, and Maguire revealed on the Zoom call interview that the initial approach from Marvel had him sold:

I had a meeting with Amy Pascal and Kevin Feige. They sort of just teased it out, I think Amy was like 'we'd love to talk to you, you know what this is about'. I was like, 'okay, sure, let's have a chat...'

I was like, 'maybe you could just give me a little information!'

I gotta say I was intrigued immediately. In that conversation, the intention, the love and celebration of these movies and what it meant to Amy and Kevin was apparent. I just wanted to join that.

I'm a big fan of Tom and those movies, and Andrew, so it was definitely intriguing. But I was also thinking, well what are we going to do? That was a bit mysterious, I did appreciate what was shared but it was really about getting together with these people and revisiting what was part of my history and getting a chance to come together.

There are personal things too that are sort of resolutions or a way to revisit and just to get back into that - I don't want to say close the chapter but revisit it, have some resolutions, and just join in this loving creative spirit.

The last line from Maguire will intrigue fans, as it suggests that he is leaving the door open to another return to playing Peter Parker some time in the future.

His comments, however, and those of Garfield later in the interview, suggest that they weren't just returning to the role for the sake of it. For both actors, there was a need for their characters to have a purpose in the movie, not just to be returning for the sake of fan-service.

Garfield revealed that he wouldn't have joined up with the film if Maguire hadn't signed on, and that he wanted to see the two previous Peter Parkers help to move Tom Holland's character forward.

I was just waiting to see if Tobey was going to do it! If Tobey was doing it then I had no choice. I follow Tobey to the end of the world!

That was sincerely a big part of it when I was approached about it. In a similar way to what Tobey was saying, the intention feels very good here, it feels like a great creative idea and story.

I love the destiny feeling of the multiverse expanding in this film, and that actually without Tobey's Peter and Andrew's Peter being present for Tom's Peter at this very moment, he may not become the Peter Parker that he's supposed to become, maybe he would have lost his girlfriend and gone down a darker path if Tobey hadn't have given him that mentor moment, that better angel sort of moment.

I get chills thinking about it even now.

Both Andrew Garfield and Tobey Maguire expressed their gratitude to Tom Holland and his co-stars Zendaya and Jacob Batalon, as well as director Jon Watts, for being so welcoming on set. The camaraderie between the three on the call was yet another pinch-me moment for Spider-Man fans, with all three having stated in interviews that they are now firm friends.

What the future holds for messrs Holland, Maguire, and Garfield remains to be seen, with even Holland uncertain of whether he will don the Spidey suit again in the future.

But, if No Way Home was indeed the last hurrah for the three Spider-Men, then it was a fantastic way to go. 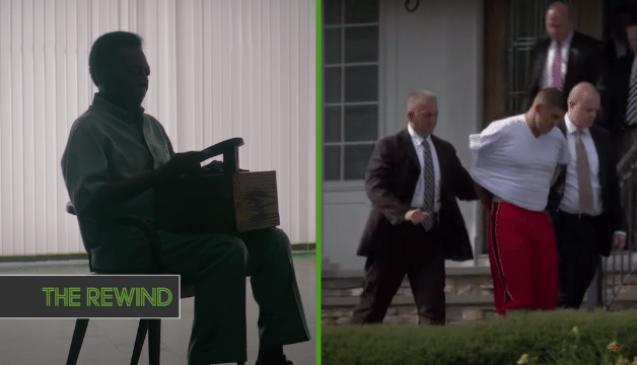 The Rewind
4 months ago
By Eoin Harrington
Andrew Garfield Reveals He Snuck Into A Spider-Man Screening With Tobey Maguire
Popular on Balls
Rugby
2 days ago
By Colman Stanley
'That Pace, That Intensity, That Organisation' All Black Legend Has High Praise For Leinster
GAA
2 days ago
By PJ Browne
Cusack Has Little Sympathy For Gearoid Hegarty After Red Card
GAA
23 hours ago
By PJ Browne
GAA President Explains Why Tailteann Cup Won't Be All-Ireland Curtain Raiser
Football
17 hours ago
By Colman Stanley
Wagatha Christie Trial Sheds New Light On England's Euro 2016 Disaster