There Are So Many Amazing Tributes Being Paid To Paul Ritter

The world of entertainment is poorer today for the loss of the great actor Paul Ritter, aged 54. Ritter died today of a brain tumour. The English actor is famous for two diametrically opposite roles. The first was as Martin Goodman on Friday Night Dinner (currently on the All 4 player), the other as nuclear scientist Anatoly Dyatlov in the acclaimed miniseries Chernobyl. Ritter played the role of a hopeless and hapless dad - with his trademark 'shit on it' catchphrase - to perfection, so much so that he was unrecognisable as the chain-smoking, existential Soviet scientist manning the ship as Chernobyl's reactors melted.

Many tributes have been to Ritter today which deepen our appreciation of the man. Stephen Mangan, who famously played Adrian Mole, shared his heartbreak with the news on Twitter: "Trying to find a way to talk about Paul Ritter and struggling. My friend since we were students together. So much talent and it shone from him even as a teenager. I was so lucky to know him and lucky too to work with him many times over the years. Wonderful man. RIP."

Actor Con O'Neill, who played Viktor Bryukhanov in Chernobyl, discussed the bond he formed with Ritter while work on Chernobyl:

"I worked with Paul Ritter on Chernobyl. I used to sit in awe of him scene after scene. We would sit and talk and he would gently regale us with stories of his life, his wife, his kids. A good, proud, incredibly funny, intelligent man and one of our finest character actors."

People have been sharing their favourite Ritter moments on from Friday Night Dinner and they're all amazing.

RIP Paul Ritter. Only got into Friday Night Dinner last year but he was my favourite part #PaulRitterRIP #FridayNightDinner pic.twitter.com/etfanB9Qyv

I did my first ever TV role with Paul Ritter. I was absolutely shitting myself and think he could tell so made me laugh throughout my time on set with him and made me feel so much better. What a fantastic actor and a privilege to be able to work with him. pic.twitter.com/uZpW40SevP

Nobody did loveable idiocy quite like Paul Ritter in Friday Night Dinner. May he rest in peace. pic.twitter.com/cMeCd1KWx9

If you'd like to experience Ritter's genius in a different medium, here he is in the radio play 'Meet Me At The Museum.'

He will be dearly missed.

SEE ALSO: The Song The BBC Banned - It's 25 Years Since This Bizarre Irish Hit 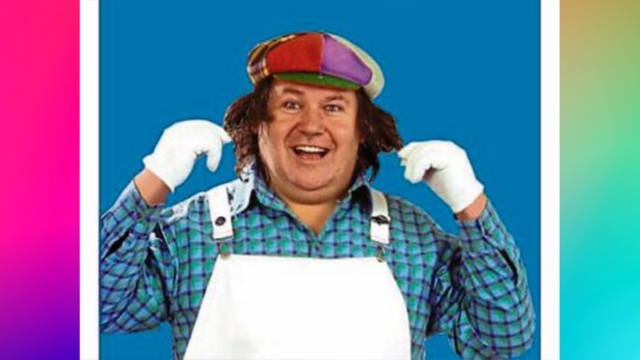