There haven't been many great horror movies in recent years. It seems like the genre has been on a downward spiral for some time now, with most movies released part of an overstretched franchise or some sort of rehashed idea.

However, every so often we do get a brilliantly inventive original concept.

Get Out was certainly in that category. The Jordan Peele directed film was a smash hit back in 2017, taking in over $25omillion in the box office despite being made on a budget of just $4.5million.

The success of that movie meant there was always going to be plenty of excitement about Peele's next release in the genre, and while it didn't quite meet the sky high standard set by his directorial debut, it was still one of the more jarring horror movies of recent times.

What's more, it will be available to watch on Netflix this weekend.

Us was released to massive hype in 2019, going on to match Get Out's box office tally of just over $250million.

It tells the story of Adelaide Wilson and her family, who return to a vacation spot where Adelaide had had a traumatic experience during her childhood. They are soon hunted down by four mysterious figures, who they soon learn are exact lookalikes of them.

You can watch the trailer for the movie below, with the title being added to Netflix on Sunday, February 28th.

With a rating of 93% on Rotten Tomatoes, this one is definitely worth your time.

SEE ALSO: Can You Get 10/10 In Our Ultimate Father Ted Sports Quiz? 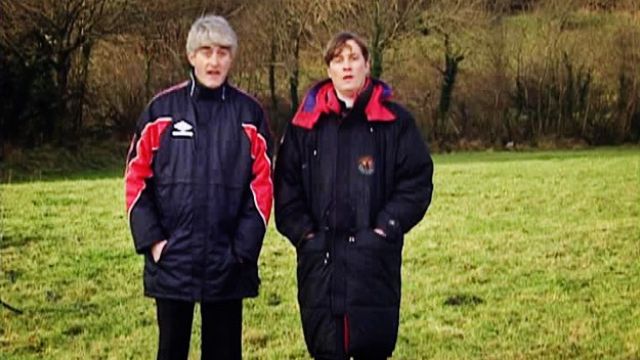 The Rewind
1 week ago
By Gary Connaughton
Documentary Investigating Infamous St Patrick's Day Heist Coming To Netflix Next Week
The Rewind
1 week ago
By PJ Browne
Tiger King: Take Our Ultimate Quiz To Test Your Knowledge Of The Show
The Rewind
2 weeks ago
By PJ Browne
Quiz: Can You Identify These 14 People From Netflix's 'Tiger King'?
Popular on Balls
Football
10 hours ago
By Gary Connaughton
Watch: Ireland's Ademipo Odubeko Scores Stunning Hat-Trick For West Ham U23s