Vote For The Best Irish TV Character Ever - The Final

And then there were two. Welcome, one and all, to the grand final of our bracket to crown the best Irish TV character of all time, in association with Ladbrokes.

We started out with 16 but now we are down to just two: Father Ted Crilly and Nigel Delaney AKA Nidge. Two classic characters, two people truly deserving of a place at the top table. Either a deserving winner.

Their paths to the final were filled with potential roadblocks but they have traversed those plains with relative ease.

In round one you could have classed their ties as an all-culchie affair and and an all-Dub affair. Ted saw off Killinaskully's Dan Clancy while Paths To Freedom's Rats fell by the wayside against the might of Nidge.

Ted romped home in the quarters against Billy Murphy of The Young Offenders and Nidge also had it all his own way against The IT Crowd's Roy Trenneman on the other side of the draw. The semi-finals were tipped as two tight contests but what transpired was one of the biggest skutchings in the long and glorious history of bracket semi-finals.

Father Ted beat Dustin 94% to 6%. An incredible tally considering that this was no spring chicken he was up against, this was a near 31-year-old turkey. In the second semi-final Nidge was given a scare by Francis 'The Viper' Higgins, as many people have. After all, he is very reptilian in his movements. However the Love/Hate mainstay successfully made it through with 56% of the vote.

For a larger version of the bracket click here. 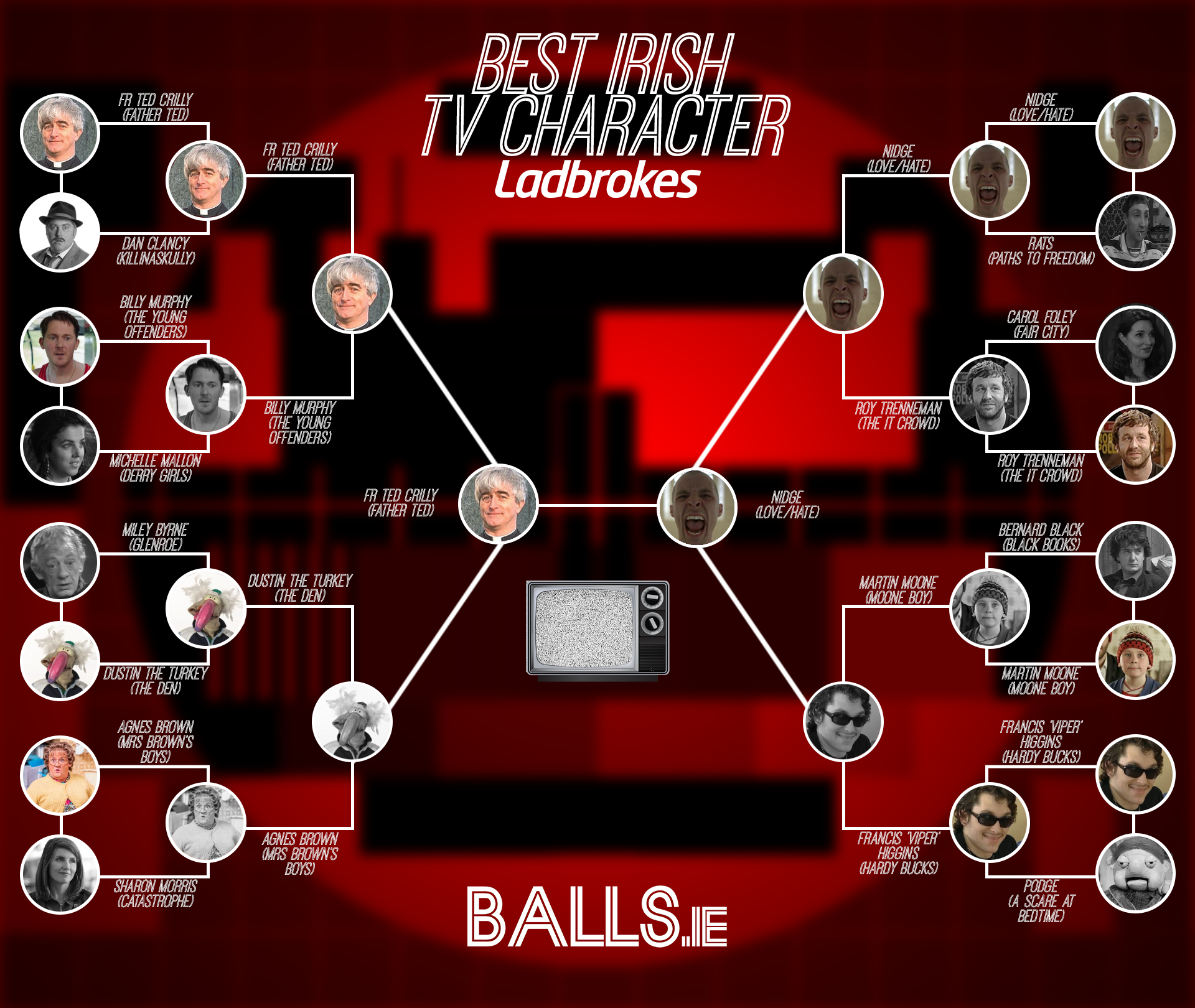 That brings us to the all-important final vote. As always you can vote on our social stories, onsite and on Twitter. The vote onsite and on our Twitter page will remain open until Friday morning.

Choose carefully and remember this is not a vote for the best TV show, ask yourself "Who is the best 'character'?"