Dermot Morgan truly was a national treasure taken far too soon. The comedian and actor had a unique and much-loved style - and there's no better example than a brilliant 1996 travel guide to Dublin which resurfaced this week.

In the video, Morgan gives a guide on what to do and what not to do in Dublin for the BBC's Travel Show - despite joking that the first thing the BBC did after hiring him was sent him straight back to Dublin.

Morgan's love for his home city comes through in this hilarious video - which also gives a fascinating insight into the Dublin of the 1990s.

In the Travel Show segment, Dermot Morgan begins in central Dublin, bemoaning the decision of the BBC to send him back to Dublin. Nonetheless, he fires straight into it - and immediately takes a jab at the trendy style of the emerging scene around Temple Bar at the time.

#OnThisDay in 1996 Dermot Morgan, best known as Father Ted, packed his bags, ready to be whisked away to far off lands by the Travel Show. Alas, the journey was short…to his native Dublin. pic.twitter.com/oSxJBFtyxR

The undisputed best moment of the video is when a priest approaches Morgan asking for his autograph. Morgan, of course, played the titular role in the comedy series Father Ted - the role which brought him the most fame in the UK and Ireland.

He also appears seriously impressed by the exploits of one limbo artist in the early stages of the video. Morgan goes on to meet with fashion designer John Rocha, who says that Dublin is unlike anywhere in the world.

After a joke about the interconnected social webs of the Irish people, Morgan proceeds to make a trip to the "Chaz Mahal" - the offices of the Taoiseach. He jokes about the swivel chair being implemented to facilitate the two-facedness of politicians, and suggests the office may even be big enough for a game of football.

He ends up further south again, on the summit of Killiney Hill, which he likens to the Hollywood Hills. He namedrops some big names who lived in the area at the time, such as "religious figure" Bono, singer Chris de Burgh, F1 champion Damon Hill, and actor Brad Pitt.

We get a flavour of Morgan's classic style of comedy when he jokes, "They say it looks like the Bay of Naples - when the sun's a little stronger, it really does. Just take my word for it."

The encounter with the priest early in the video is the comedy highlight - but Morgan's closing remarks are a fitting conclusion, and demonstrate the love that he had for his home city:

As you'll be aware, Dublin has a bit of a reputation for being a party city, one of the places where people show up with rubber chickens and the old Groucho Marx glasses and moustache. But that's not actually the real agenda here.

The real agenda here is you come to Dublin, you relax, you bump into people that you know - or you don't know - and you end up having a sociable drink, or many sociable drinks. The difference is it just doesn't happen around Piccadilly, does it?

We have to thank the BBC for sharing this brilliant clip from the archives. Dermot Morgan - a true national treasure, and this video is a poignant reminder of how special his home country and city were to him. 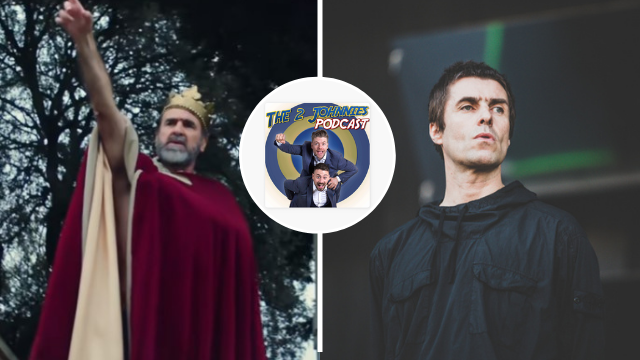