What's more Irish than the shamrock, a pint of the black stuff, or a slice of batch bread? The Man Slips On Ice video of course.

Back in 2010 in the early days of viral internet shenanigans - the short clip of an unfortunate soul losing his grip on Dublin's Church Street is truly engrained in Irish culture.

While the man behind the infamous slip has maintained a low profile since - the cameraman who captured the viral clip has recently spoken out about it all.

Colm Mc Caughey spoke to another RTÉ camera operator, Colm Hand, over on Twitter about what it was like to witness the video and the panic in wondering if he'd captured it all.

12 years ago a poor guy slipped on the ice and became an internet sensation. The footage was filmed by news cameraman @colmwhatyalike and here’s the story of how the moment was captured #BehindtheScenes #cameraman pic.twitter.com/kwUUV5QlBT

"Out of nowhere this guy just came from behind me and he was just walking by the camera. He just went flying and hit the deck. We ran over to him straight away because he really took quite a wallop."

"I wasn't even sure if we were recording at this stage. It's one of those shots where you're thinking, 'Did I get that or did I not get it?' Luckily I had been in record and we got the shot."

The clip was played across the nation on RTÉ News in a report delivered by John Kilraine. They were covering the cold snap that had ravaged the country at the time.

What might have been overlooked is the safety and wellbeing of the man in question. Thankfully Colm Mc Caughey and his team attended to the scene straight away.

As it stands - no one knows who the man is that slipped. But last year Coors Light started a clever campaign by erecting a plaque at the slip site in his honour.

Coors Light Senior Brand Manager, Conor McIntyre, said about the plaque, "There are a few key moments on Irish television that are memorable enough to talk about again and again.

"We felt this deserved a resurgence. We thought this lad definitely deserved some recognition for making it on to RTÉ News, ten years ago today."

See Also: Season 15 Of 'It's Always Sunny' Is Coming To Netflix Very Soon 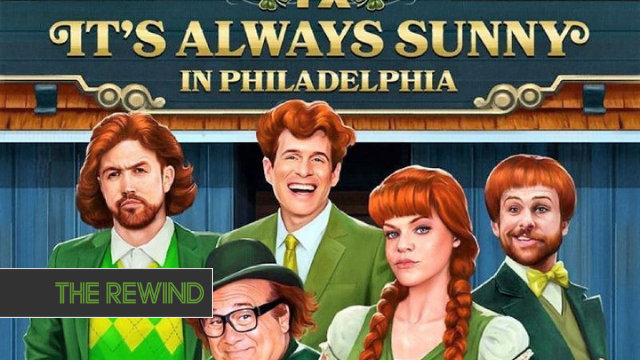