David Bowie and Dublin is a marriage that will forever be consummated by Bowie's 2003 live DVD for A Reality Tour.

Bowie's guitarist on that tour, as well as several others, Gerry Leonard said that Bowie had a "real affinity" with the city, hence why he chose to record the Dublin leg of his last big tour over any other city.

That affinity can be seen in the David Bowie Festival which occurs annually in our nation's capital.

Bowie was a maverick in every facet, not least his penchant for turning up and playing gigs in small and intimate venues that you'd hardly fathom a superstar would play.

One such instance was in 1997, where he played to 300 of Dublin's drum-n-bass kids in The Factory in Ringsend.

Bowie was rehearsing in Dublin ahead of his Earthling Tour, spending most nights in a variety of Dublin nightclubs after being impressed by producer Goldie's opinion on the city's dance scene.

Bowie performed the whole set which would make up the 83 leg tour to a 300 strong crowd in Ringsend, with tickets for the gig only available the night before at The Kitchen nightclub (the basement venue of the Clarence Hotel which is owned by U2). Subsequently, gig goers then had to ring up the on the day to see where the venue was.

The gig could apparently be heard up to a mile away, with a legion of guards descending on the venue until the gig finished at around 5am.

It wasn't the first time that Bowie had played at an intimate venue in South Dublin.

The Baggot Inn and The Waterfront were the two venues venue that Bowie's Tin Machine band performed warm up shows before embarking on a proper.

At The Baggot Inn, Tin Machine were the support act for Dublin band The Blue Angels.

Amazing, someone has managed to secure footage of the night in question. The wonders of the Internet, ay?

You can watch a snippet of the performance below:

SEE ALSO: New Season Of One Of Netflix's Most Interesting Shows Drops Tomorrow 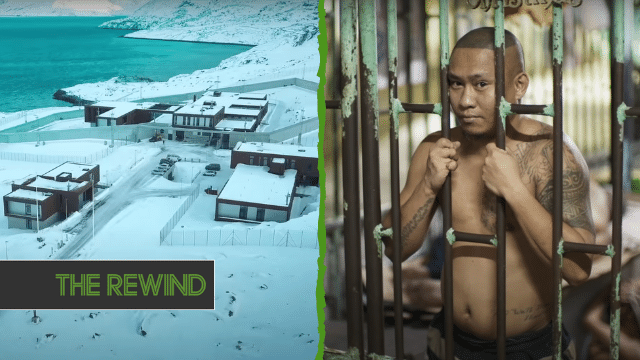 The Rewind
6 days ago
By Balls Team
QUIZ: How Well Do You Remember The Commitments?
The Rewind
1 week ago
By Balls Team
Watch: Irish Band Pillow Queens On The Late Late Show With James Corden
Football
1 week ago
By Sean Meehan
New Hibs Signing Has One Of The Best Simpsons Tattoos We've Seen
Popular on Balls
Premier League
23 hours ago
By Gary Connaughton
Gary Pallister Reveals Feguson's Dressing Room Reaction To Cantona Kung-Fu Kick
GAA
20 hours ago
By Mark Farrelly
22 Essential GAA Phrases You Need To Know To Be Considered A True Fan
Football
21 hours ago
By Gary Connaughton
One Year On, Was Roy Keane Proven Right In Lampard/Solskjaer Debate?