For a year when normalcy was ripped from us, 2020 was a surprisingly brilliant year for Irish music.

Well, it's no surprise that the music was brilliant, rather that it came out in the first place.

From hip-hop to punk to indie, every facet of the Irish music scene has showcased the best of itself in 2020.

One band that epitomise that are Dublin outfit Pillow Queens, whose debut album In Waiting came out this year to stellar reviews.

Alongside placement near the summit of every 'Best Irish Album of 2020' list and a nomination for the Choice Music Prize, Pillow Queens have also been making waves outside of the island.

That was crystallised last night with an interview and performance on The Late Late Show with James Corden, their first US television performance.

Band members Pamela Connolly and Sarah Corcoran chopped it up with Corden before their performance, detailing how they've found the response to the album.

They also shared a story of swimming in a baltic Atlantic Ocean whilst recording the album in Donegal, losing a pair of swimming togs but finding the catalyst to complete the album.

Also, there's a hint of a Shelbourne pin badge. Firstly, the Tolka Park club are showcased on Jools Holland by For Those I Love, now US telly is privy to the Reds. We anticipate that Stuey Byrne will be on NPR's Tiny Desk Concert sooner rather than later.

They then got right into the performance of their song 'Liffey'.

You can watch the full Pillow Queens segment of The Late Late Show with James Corden below: 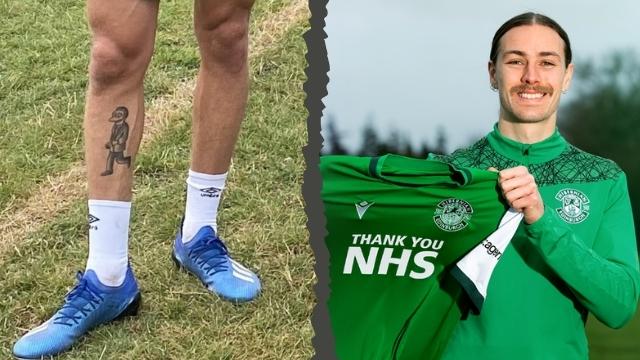 The Rewind
1 month ago
By The Rewind Team
People Are Being Ruthless About Gary Barlow And James Corden's New Song
The Rewind
8 months ago
By Gary Connaughton
Watch: 'Normal People' Stars Hilariously Recreate Scenes From Other TV Shows
The Rewind
8 months ago
By Gary Connaughton
James Corden & Trevor Noah To Personally Pay Wages Of TV Crews During Pandemic
Popular on Balls
Football
18 hours ago
By Sean Meehan
Shamrock Rovers Captain Ronan Finn Urges Inter-Bound Zefi To Stay Grounded
The Rewind
19 hours ago
By Donny Mahoney
12 Unmistakable Signs You've Become An Auld Person
Football
19 hours ago
By Balls Team
Celtic Hero Thinks Roy Keane Should Succeed Neil Lennon
Football
22 hours ago
By Balls Team
The Football Stadiums Which Dublin Could Have Today - But Which Were Never Built