Joe Biden has been declared as the President-elect of the United States, and while the incumbent is currently looking for ways to stop that from coming to fruition, the consensus is that the 78-year old will be the country's 46th president.

It is a result that has delighted the vast majority of onlookers throughout the globe, for fairly obvious reasons.

In fact, he is actually a distant relative of the Kearney brothers, even congratulating 'cousin' Rob Kearney on Twitter after Ireland's historic win over New Zealand in 2016.

Congrats to you Mr President 🤣 https://t.co/01pVm0dosu

Biden has spoken about his Irish roots on a number of occasions, doing so once again after his status as President-elect was confirmed.

During a media scrum today, Biden was by a BBC reporter for a word for the British broadcasters. You're going to love his response.

Biden is literally me any time I’m abroad and someone asks where in the UK I’m from pic.twitter.com/ERceMwZMdt

Reporter: Mr Biden, a quick word for the BBC?

You love to see it.

SEE ALSO: Watch: Powerful Performance From For Those I Love On Jools Holland 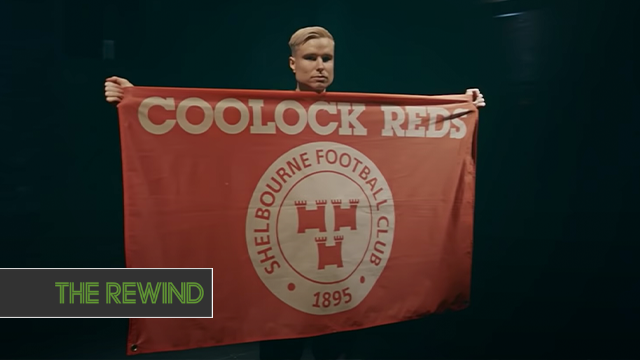 Podcasts
3 weeks ago
By Mark Farrelly
Podcast: The Lads Make Some Interesting US Presidential Election Predictions
3