Are Ye Doin' A Bit Of Videoin? Why Tommy Shlug Is A National Treasure

If you're not familiar with Francis Higgins' portrayal of Tommy Shlug, let's get you up to scratch. Picture any auld lad in the pub of a Tuesday night.

The outfit speaks for itself. Black leather jacket, creased white shirt on the inside; about two sizes too big. The piece de resistance is the bootcut jeans and the pointy black shoes.

A cap of a local trader on the head and there you have it. It's Tommy Shlug reporting for duty. The Hardy Bucks actor executes it to perfection.

He's Some Man For One Man Is Jimmy

The Francis Higgins' playbook is known for many a character over the years. Many will remember him most for portraying 'The Viper' in the Castletown set YouTube come RTÉ comedy series.

You also have 'Conor Williams', a D4 Mercedes salesman, and 'Fontaine', a New York sounding detective keen to get to the heart of any crime.

But Tommy Shlug has this inherent Irish nature in him that resonates with anyone that grew up in rural Ireland. The shite talking auld lad up at the bar.

We first see Tommy portrayed in shlug on Francis Higgins' YouTube channel. Tommy is seen approaching a couple with a young child outside the local pub.

The infamous line is said, "Are ye doin' a bit of videoin?", to which the couple seemed bemused, if not a bit frightened. Then the Tommy character comes to life.

He spends the next minute asking what make of phone they have, what their connection is to the local area and taking a trip down memory lane as they have a mutual acquaintance in 'Jimmy Flanagan'.

"He's a lovely little maneen is Alex," says Tommy, after the mother of the family says the kid is called 'Alice'. It's a minute or two of  video replayed on many an occasion.

'The Viper' has been known over the last few years to take to livestreaming platforms such as Twitch and YouTube and portray his characters while playing video games.

His preferred game of choice when depicting Tommy Shlug is a 'Bus Simulator'. The mediocre, painfully ordinary nature of the game complements Tommy's character so well.

The creativity of Higgins' in customising the bus is also worth noting. The words 'Shlug Éireann' are seen on the sides, with special operator messages delivered throughout.

He likes to play local radio while driving, and has a very similar sounding message to another bus operator for those getting on. "Shtand clear the doors are moving."

Once, he even got a shoutout from the local radio station he was listening to during a stream, which made for great viewing to see his reaction alone.

Probably the most exposure Tommy Shlug received on Youtube was during the 'Viper's Vax' series, where Francis went undercover to White's Castle in Athy, Co. Kildare.

Tommy infiltrates a 'lockdown comedy protest', whereby anti-lockdown supporters took over a castle and hosted a comedy night to raise some support.

It's not clear if the people involved are aware of the satirical nature of Tommy Shlug, which only enhances the viewing experience. After exploring the castle, he's called upon to deliver a set.

What then ensues is a comedy performance that was truly one for the ages:

How about this coronavirus, huh? Have you heard about this? Ye seen this? Do you know what goes well with a bit of coronavirus? A little slísheen of Lymes disease.

How about that Hilary Clinton, huh? Have you seen this? Have you heard about her? Donald Trump was saying he'd lock her up. But he didn't get to do it. But I tell you this, if he's re-elected in a few years, Jees he might.

Tommy ends the video with an interview with a Covid-19 conspiracist. He stays in character throughout, and even tries to promote a fake crypto-currency at the end.

The Thirst For Tommy

While The Viper's livestreams have become quite popular over the years, there's a want for more of Tommy. That was evident most recently at Halloween.

It goes to show the cult status that Tommy has built up in this country, and the popularity surrounding a character that many have a growing attachment to. Here's one from last year:

What's next for Tommy Shlug? Only the man himself knows, but a few more Youtube appearances will hopefully be on the cards.

After his impressively dry comedy set at White's Castle, you wouldn't be surprised to see fans clammering for a bit of Tommy live action now that theatres and venues are back in action.

See Also: It's Not The Office, But Arrested Development Will Always Be Near The Top 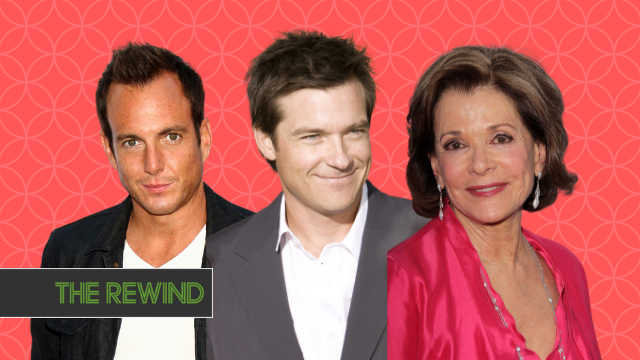